'The Game Is Definitely Faster. It's A Better Game To Watch'

At half-time in last month's Camogie League Division 1 final, Kilkenny trailed Galway by three points, and had just six to their name on the board.

The team which emerged from the break still wore black and amber, but looked a different side. In just eight minutes, they scorched Galway for 1-5 before a goal was scored in reply. Kilkenny went on to win by three points.

"I wouldn't say a whole lot was said at half-time," says Kilkenny's Katie Nolan, winner of the PwC GPA Women's Player of the Month Award in camogie for June.

"We knew ourselves that we weren't going as well as we could. We weren't panicking. We just went out and worked a bit harder in the second half, and things went our way.

"Well, maybe there were a small few [words from our manager Brian Dowling at half-time] but there were no tables being turned over.

"I think we have our own standards that the players push. In training, if things are a bit lax, it's usually some of the older girls - they hate when I call them that - that wouldn't be long pulling us all in, and just saying 'We're here to train. We might as well be pushing ourselves, and working on stuff instead of going through the motions'. The players are pushing it." 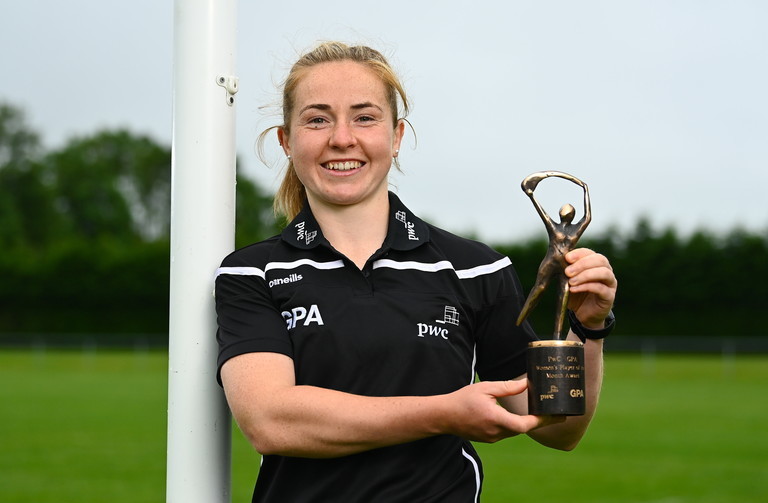 6 July 2021; Katie Nolan of Kilkenny with the PwC GPA Women's Player of the Month Award in camogie for June at St Martins GAA club in Kilkenny. Photo by Harry Murphy/Sportsfile

Nolan scored three points in that league final, a fantastic game which was a rematch of December's All-Ireland final, which Kilkenny also won. As a spectacle, camogie has benefited from the introduction of new rules to speed up the game and allow for greater physicality.

"Just little things like not dropping the hurl and no hand pass goals, it took a while to get used to it, and we probably still are getting used to them," says Nolan.

The game is definitely faster. Being able to take a free out of your hand, and the quicker puck-outs make the game faster. It's a better game to watch as well. It's not as stop start. The more physicality, the better.

I think everyone wants more physicality. It just adds to the game, and makes it more intense. Sometimes in camogie, there are a lot of frees, and it turns out to be a free-taking contest. If there's more shouldering and that stuff allowed, and it cuts out some of the frees, it'll be a better game to play and watch.

Nolan is in her second year with the Kilkenny senior panel, having worked her way up from the intermediate group after finishing at minor level in 2015.

Last year, she started working as a fitness instructor at TJ Reid's gym, located just outside Kilkenny. The past 11 months have been a tough, fitful time for those working in the leisure industry due to the Covid-19 pandemic.

There are brighter times on the horizon. The gym is fully opened, and they're doing outdoor classes. There's also championship camogie just around the corner. Kilkenny have been drawn in a group with Clare - their first opponents on July 17th - Westmeath and Galway.

"Playing senior inter-county camogie, there's nothing in it between a lot of the teams," she says.

"We've been lucky enough to get to the [All-Ireland] final the last two times, but a small thing and it could have been another team. One thing when we do play Galway is what we're two hurling sides. It makes for a good match.

"Preparation is going well. Training is intense. We're taking lumps out of each other, the way it should be. It's enjoyable as well. That's an important part of it.

"Our biggest injury concern at the minute is [selector] Philly Larkin! He was hurling corner forward there at the weekend and he tore his hamstring. He's on the road to recovery."

See Also: 'I Look At My Nephews - They've Bulked Up, They've Got Stronger' 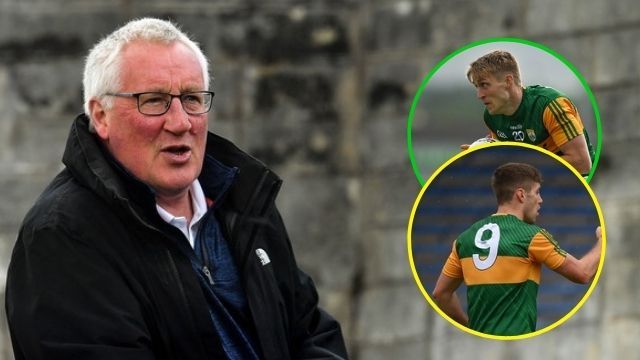