2020 should be an exciting year for Camogie. Last season, Galway broke Cork and Kilkenny's five-year stranglehold on the game at inter-county level, defeating the latter in the final by six points.

The game featured as many goals as the previous four All-Ireland deciders combined. Play flowed like a tap freed from an airlock.

And it should continue to do so. In early December, it was announced that six new rules will be trialled in this year's Littlewoods Ireland Camogie Leagues.

The most welcome is the allowance of "minimal contact" between players.

"There has been a bit of an outcry over the last few years, after the Kilkenny Cork finals - those finals themselves were probably no other word than horrific and they were just a free-taking contest," Kilkenny forward Katie Power said at the league launch on Wednesday.

"There’s nobody that would want to watch that, even camogie fans. After that, people realised our game was going to die unless we changed. We’re all super-fit, super-strong, why not let that be shown. So thankfully we’re going in the right direction."

Power is currently unable to take full part in Kilkenny training due to a finger injury but from the sideline, she has noticed a change.

"Even just in tackling and stuff like that, before we would have had to have been training to that tackle rule - you want to tackle hard but if you’re going to tackle hard you’d have been called for a free.

"The backs are delighted because they can leather off the forwards no bother. The forwards are still whinging but the way the lads are training us now, there’s not as much training to the tackle." 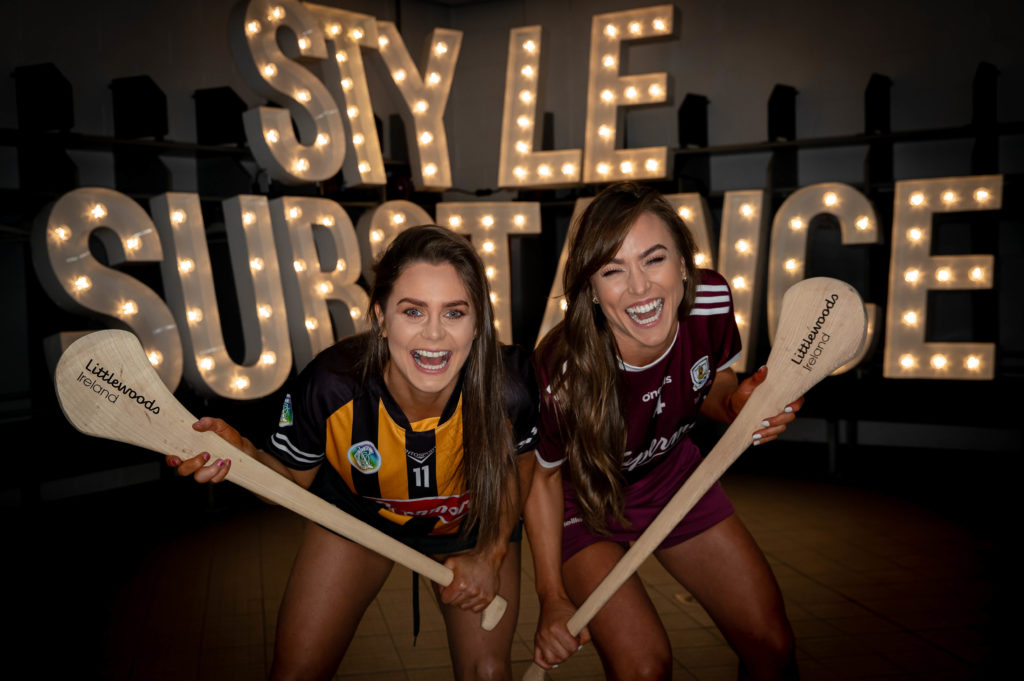 Like Power, Galway defender Heather Cooney - who won her second All-Ireland medal in September - feels players are more than capable of handling a more physical game.

"In the game that we're playing, there is inevitably going to be some physical contact," she said.

"And if you are trying to ref the game without physical contact, it's going to make it very stop-start, which no-one wants. The spectators don't want it, the players don't want it either.

"It was kind of an area where certain refs might blow it quicker than others. It can get quite frustrating at times. You're there trying to play a game and get into a flow and you don't think about things.

"Next thing the whistle is going and you're not fully sure why it's going at times, so definitely I think it's going to lend to the improvement of the game.

"Girls are in the gym these days. We're conditioned and we're able for a little bit of contact so I think it's going to lend to the flow of the game. And I think it'll stand to the game."

📢 There will be a change to the level of contact which players can now use as part of the Trial Playing Rules introduced for the upcoming @LWI_GAA Camogie Leagues.

For all you need to know about the 6 Trial Playing Rules check out ➡️ https://t.co/tSTCINQYoH pic.twitter.com/falq0Cpzkf

In addition to extra physical contact, the trial rules cover persistent fouling; quick puck-outs; an allowance for a player to take a free from their hand if fouled within their own 45; the prohibition of hand-pass goals and the dropping of the hurley; a change to penalties and 20m frees.

"It’s probably going to be harder for the ref as well, but I do think it’s going to be strange as forwards not being able to drop the hurl. It’s a handy thing to do if you’re bottled up.

"For backs, they’re delighted - forwards are kind of secretly like, ‘Ah sugar, that’s gone now.’ As a whole, it’s probably for the better. I got one in the semi-final against Galway one year but it is better as a spectacle.

"It’s like hurling now - before these rules, you’d be saying they were the same but they weren’t, because you could hand-pass the ball into the net, it’s positive that they are the same now."

Camogie, like many women’s sports in Ireland, is going through a transformative and revolutionary period in terms of style and culture. The fashion, sportswear, electrical and homeware retailer will see how ‘Style Meets Substance’ during the Littlewoods Ireland National Camogie League.

Katie Power: 'I Was Getting Injections Last Year For The All-Ireland Semi-Final And Final Just To Play'