Katie Power played last year's All-Ireland camogie semi-final against Tipperary and the final against Galway with a finger injury, one which still troubles her nearly five months on.

"I broke it last year and kept dislocating it, so it's in a bad way now and just seeing what can be done," Power said at the launch of the Littlewoods Camogie League on Wednesday.

The Kilkenny centre-forward is training with the panel but her involvement is restricted to running.

"I was getting injections last year for the [All-Ireland] semi-final and final just to play. Two injections either side and then strap it and then glove and hope for the best. It obviously didn't do a great job, we didn't win but it could be worse.

"And then we had a long run with the club and got beat in the county final and then put in the referral about a week or two after that.

"So literally we've just been waiting ever since just to get into places because they said there's supposedly like 20-week waiting lists.

"I was wearing a splint. It's not really that sore now day-to-day because I'm used to it. But if I hit it off anything... I can't bend or make a fist or anything. It's not ideal." 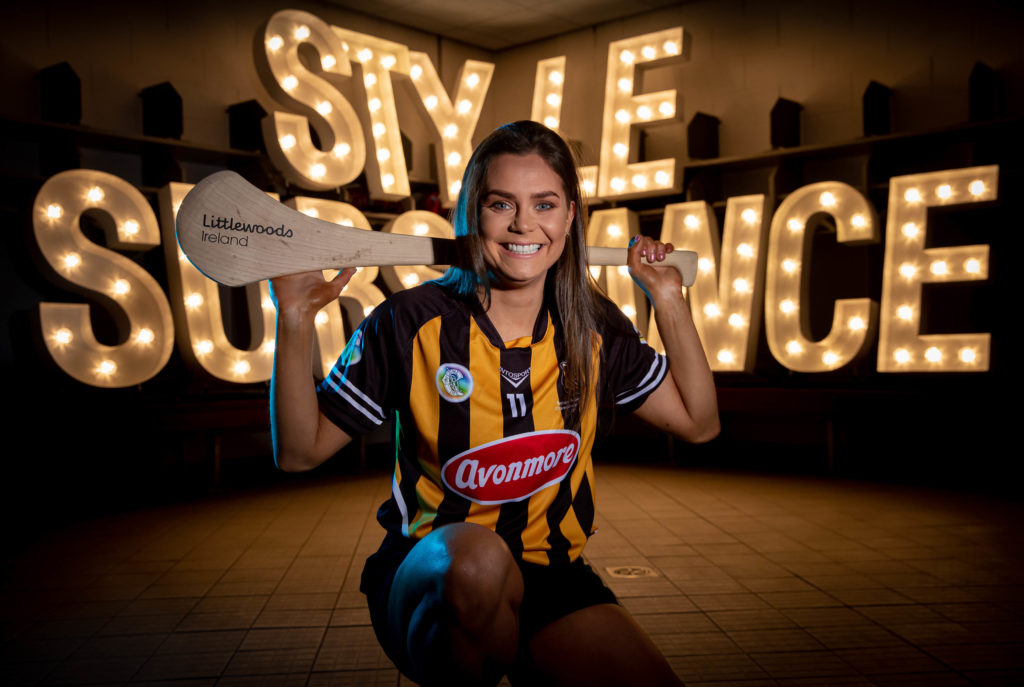 One of Kilkenny’s most stylish players Katie Power is pictured at the launch of the Littlewoods Ireland Camogie Leagues. Mandatory Credit ©INPHO/Morgan Treacy

The Piltown player has been told that her injury is similar to one eight-time Kilkenny All-Ireland winner Michael Rice suffered in 2012.

"He was was out six to eight months," said Power.

The first person I met on Monday was saying that was going to be my story. That's not really an option at the moment. I don't have a timeline but I'm hoping that I'm not going to miss the season over it.

We're trying to get into the person that he went to see, his specialist. We'll hopefully get in there becuase he was happy with it how that helped him and he did get back a lot quicker. They were saying it was going to finish him, that injury. He obviously got back for a good few years after.

I did try to rest it and I haven't picked up a hurl since October but it's still the same. It's not going to go away, it's not to get better with rest. It is a bone.

The injury does not trouble Power too much in her daily life. She works as a nutritional coach in TJ Reid's gym in Kilkenny and also at a car dealership.

The 2016 All-Ireland winner started working with Reid in November at Calorie Club Kilkenny.

"We probably didn't expect it to kick-off as well as it did," Power said.

"We're looking to grow it; we have 45 in the books at the moment, which is huge just for the two of us.

"He had this idea of Calorie Club. He knew that I had gone [back to education] and done a few courses myself. He approached me and I loved the idea straight away.

"He has a massive area for his gym, it's Connolly's Red Mills. They work with him - they're a partnership. It's TJ Reid Health and Fitness.

"Underneath TJ's gym, there's a little cafe. We work from the cafe; people don't have to walk into the gym. Some people are daunted, they don't like going into that surrounding straight away. Some people haven't been active in years and have really bad habits.

"There could be 20 people there at the busiest time of the morning. Whoever needs us would just call over to myself. We'd be going around chatting to everyone.

"Some women might not like to talk to a man. That's why we went with a man and a woman. It's the same with men. I'm sure men would have different things to ask TJ.

"80 per cent of the people with us are not in the gym at the moment. We're just saying that you don't need to be in a gym to be healthy and fit; you could go for a run, you can do a session like yourself at home for 30 minutes. It's not all about, 'I have to go to the gym to be healthy, fit and strong' - you don't.

"They're the beginners. A lot of people now are strongly considering moving into the gym, whereas they didn't have the confidence to do that when they started with us. It's great to see people develop over the last couple of weeks."

Camogie, like many women’s sports in Ireland, is going through a transformative and revolutionary period in terms of style and culture. The fashion, sportswear, electrical and homeware retailer will see how ‘Style Meets Substance’ during the Littlewoods Ireland National Camogie League.