With the 2021 Championship officially in the history books, the ongoing speculation about the identity of the next Kerry manager remains the most fascinating bit of autumn intrigue for GAA supporters. Last evening, the Kerry county board released a statement confirming that process to appoint the Kerry manager is officially under way. But the statement was so terse and deliberately vague, it has left many guessing about the county board's intentions.

The statement was released to Twitter at 9.13pm last night:

The process of appointing the next Kerry Senior Football Manager has commenced.

The Kerry GAA Management Committee has appointed the following sub-committee who will revert with a recommendation at the earliest opportunity.

No further comment will be made until this process has concluded.

Peter Keane, of course, was given a three-year term that expired after the Kingdom's loss to Tyrone last month.

Jack O'Connor has suddenly become available for intercounty managerial roles. Murmurings from the Kingdom have Seamus Moynihan and Donie Buckley putting together a dream ticket.

Here's what we can deduce from the statement. It says the process of appointing the next Kerry manager is underway. The language is deliberately vague but the use of the word next is hardly a vote of confidence in Peter Keane. In the very least, we know now Keane will have to reapply for the role. This is what Declan Bonner did in order to receive a fifth year in charge of Donegal.

Many people on social media read the statement as a goodbye to Keane and were disappointed by the lack of formal thank you for Peter Keane and his management team.

But this could also suggest that Kerry has not officially closed the door on Keane.

Interestingly when Éamonn Fitzmaurice stepped down from the same role in 2018, the Kerry county board released the following statement on Twitter:

With heavy heart we announce that our Manager Éamonn Fitzmaurice has stepped down. We cannot thank Éamonn Fitzmaurice enough for all he has done for Kerry GAA. He is a gentleman to the core and has given everything for the cause. We wish Éamonn and his family all the best.

We are all eager to see how this process resolves itself. 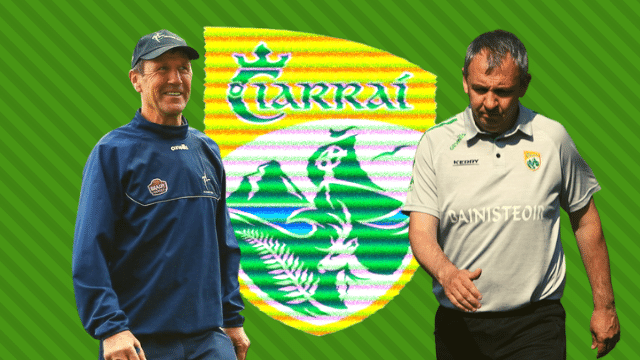