EirGrid Munster U20 Player of the Year and Kerry footballer Stefan Okunbor is set to move to AFL side Geelong.

The move comes as a huge blow to the Kingdom, with Okunbor earmarked as the potential solution to the county's full-back problem. 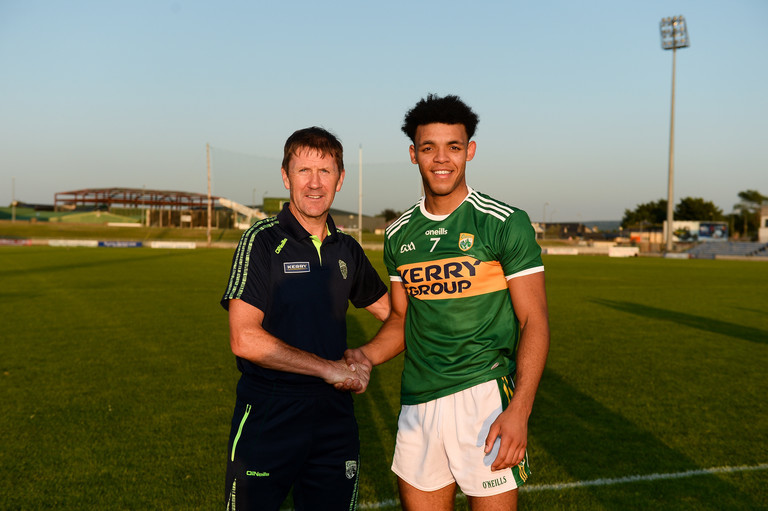 Okunbor will join AFL club Geelong Cats on a two-year rookie contract. He attended the NAB AFL Draft Combine last year along with Galway man Cillian McDaid. McDaid signed for Carlton after that draft but returned to Ireland this year after failing to make an appearance.

A promising minor and U20 footballer, Okunbor's move was confirmed by Na Gaeil Club who released a statement to wish their player the best with his impending move.

We wish to confirm that Stefan Okunbor has signed for AFL club Geelong on a two-year contract. Stefan has been one of the stars of our senior team over the past few years as well as an underage star for the club all the way up the various age groups.

He was exemplary both on and off the field and a role model for all in the club. While we are very sad to be losing such an outstanding talent we wish Stefan all the best from all in the Na Gaeil club. We hope he makes it in the AFL but if he decides to return at any stage, the club will welcome him back with open arms.

"He has been shining light in our club and while his teammates will miss him on and off the pitch, he is embarking on an exciting adventure in professional sport and he carries all our best wishes and we are sure, also the good wishes of all in Kerry GAA."

GAA
3 months ago
By Maurice Brosnan
'Out Here Aussies Can't Understand It. Why Don't GAA Players Get Paid?'
4

GAA
3 months ago
By Maurice Brosnan
'Out Here Aussies Can't Understand It. Why Don't GAA Players Get Paid?'
Aussie Rules
3 months ago
By PJ Browne
'I Was Willing To Pay Whatever It Was To Get Home And See Her'
GAA
4 months ago
By Balls Staff
Essendon Confident Conor McKenna Will Return To Australia
Popular on Balls
Football
15 hours ago
By Gary Connaughton
James McClean Questions Level Of Support From Irish Teammates Over Abuse He Suffers
2