4-In-A-Row - Kerry Minors Have Shown Us The Future, And It's Scary

This weekend, Kerry walked home the Electric Ireland Minor Football Championship title with a 6-17 to 1-8 win over Derry in a destructive performance that will send shockwaves through the counties as the talent pool of Kerry continues to deepen.

Kerry were out of the traps in sensational fashion with a goal after just 10 seconds from the man of the moment, David Clifford who was at his menacing best all game.

Despite Derry getting a foothold in the game scoring some nicely worked points, that early goal set the tone for the match and Kerry continued to dominate proceedings bagging 2 more goals and went in at the break with a comfortable 3-8 to 0-5 scoreline.

The result in the second half was never in doubt and Kerry finished the game out comfortably beating a shellshocked Derry side by a whopping 24 points to secure their 4th minor title in as many years.

The final's biggest performers make up the nominees for the Electric Ireland Minor Player of the Week voting after their wins. You can cast your ballot on Electric Ireland's Facebook page, and get involved in the conversation through the hashtag #GAAThisIsMajor.

Captain Fantastic on the day, Clifford really showed his quality on the big stage. Going into the game, all eyes were on the Kerry captain after his well taken 1-10 in the semi-final vs Cavan but Sundays final was his coming of age.

Finishing with an astounding 4-4, the Fossa man was everywhere using his power and intelligence to great effect to leave Derry defenders chasing shadows. 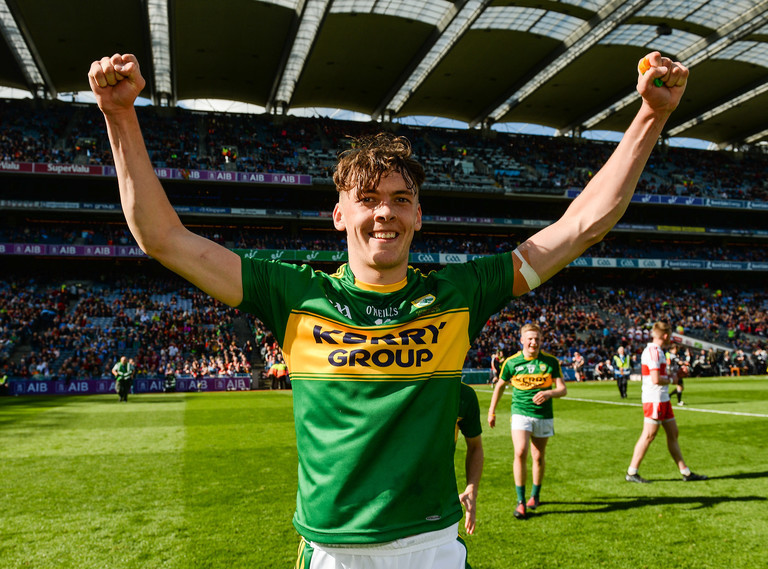 He set Croke Park alight after just 10 seconds slotting the ball into the net with a tidy finish and he continued his one man show bagging another goal on 14 mins twisting and turning his way through the Derry defence to drive the ball home, this time with the right peg.

Clifford went on to slot home 2 more goals in the second half in what was an exhibition of skills from the young man. There is a lot of expectation surrounding this boy and he has risen to each challenge he has faced so far and knocked it out of the park, it will be fascinating to see what the future holds for him.

The midfield area was where Kerry dominated all game and it was no surprise to see Mahony involved in the thick of the it from the first whistle. The St Senans man was everywhere on the day and showed to be a willing runner too linking well with the forward line throughout.

Kerry were lethal from counter attacks all game and it was in no small part to Mahony's intelligent running and ball skills, turning defence into attack quick and catching Derry when their defenders were isolated 1 on 1 with D. Clifford.

Deserved to get on the scoreboard for the shift he put in, but no doubt he will be gracing the Croke Park grass some time very soon. 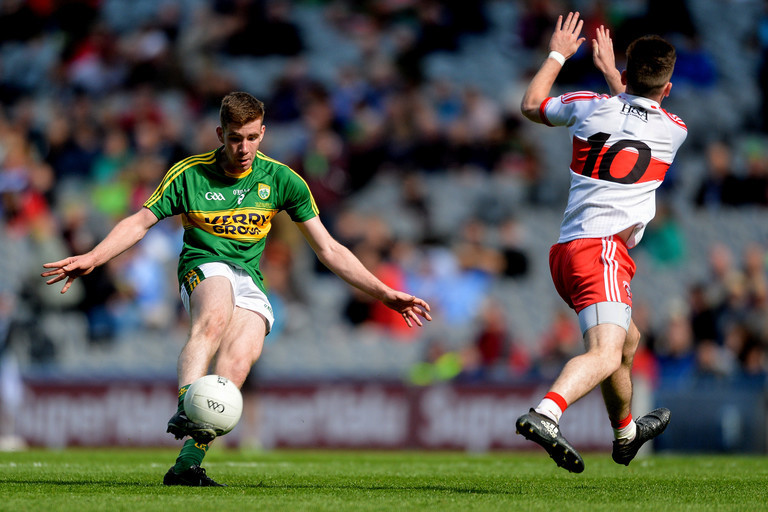 As if one Clifford wasn't bad enough..

Fiachra may have only bagged half the number of goals of his namesake, but it was his goals at crucial moments that really took the game away from Derry. The Laune Rangers man was always in dangerous positions throughout the game and was a constant goal threat, linking well with captain David Clifford.

F. Clifford grabbed his first goal just before half time with a thumping finish on the left foot, to have his side go into the break with a comfortable 12 point lead. Just after the break he scored again to really put the game to bed as a contest with a tidy finish slotted into the bottom corner.

Really showed what a deadly player he can be when given a sniff of a chance. 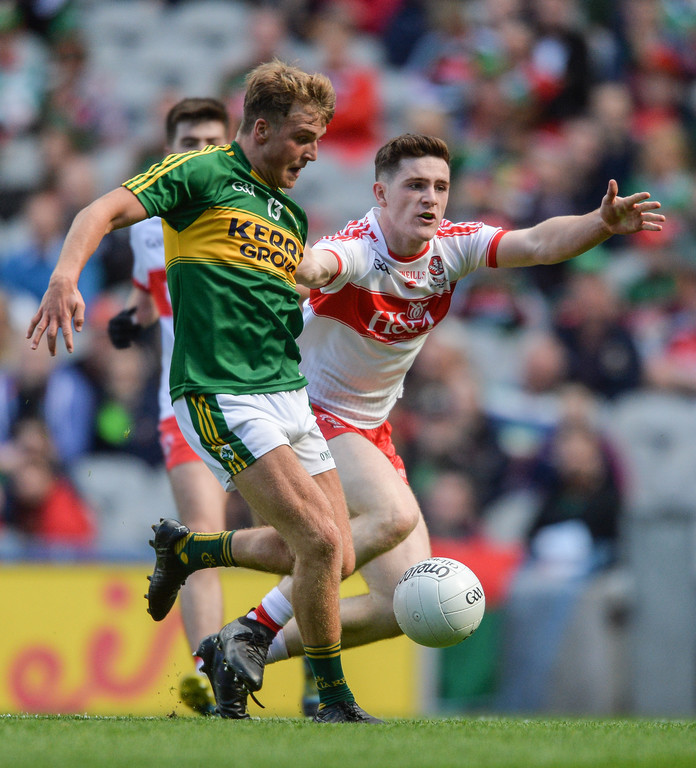