'I'm Beside Shamrock Rovers, The Unfortunate Thing Is My Connection Is To Bohs'

A flexible employer is an important element in the world of many inter-county players. Some would say a career at the top level of Gaelic football or hurling would be impossible without one.

Shorter shifts are required to make training sessions, time off is needed for recovery, whole weekends off for games. But what if you're self-employed, you can be flexible with your own hours but surely it also puts limits on the business.

That is the case with Kildare footballer Kevin Feely. A year-and-a-half ago, the midfielder started his athletic therapy business and now runs a clinic out of the Fit 4 Less gym in Tallaght.

"I can't put the amount of work I should be putting into work," says Feely, speaking at the unveiling of UPMC as the official healthcare partner of the GAA/GPA.

"I can't really work with teams as most physios would. They'd work with a number of different teams but I can't because my training schedule clashes too much with that.

"My evenings are taken up and the prime time for physios would be after work. I have one evening as such where I can do that. In that regard, it's difficult but I'm happy to trade that off for being able to dedicate a bit more time to GAA."

Feely has certainty regarding how long it will remain that way. "Until I finish playing!" he says emphatically. The 27-year-old has been advised that it generally takes three years for a sole trader business to take off. Between now and then, it will likely just be him and his room. 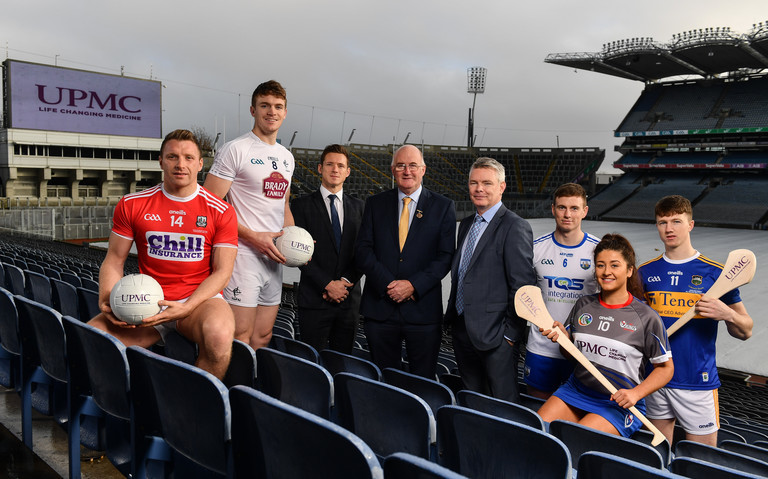 "It's like a physio clinic but without any of the hospital-based [treatments]," explains the Athy man.

"It's more specific to injuries as such, rather than dealing with neurological or respiratory disorders.

"A friend of mine who was working as a personal trainer in the gym where my clinic is said there was a room there that they were looking to rent out and that it would be a no-brainer to set up a little clinic in there, so I did.

"I had client base there ready and waiting in that it was in a gym already - they have a huge membership.

"I didn't have to do too much work in terms of getting the name out there, they have to walk past my door every day to get into the gym. There's plenty of accidents happening in gyms."

Before turning his sporting attention wholly to Gaelic football, Feely played professional football in England with Charlton and Newport County. A career which began in the League of Ireland with Bohs also took in temporary stays at Carlisle and Wimbledon.

Tallaght is not a hive GAA activity! People wouldn't know me or know Kildare football.

It's nice to be out of Kildare for that kind of stuff. A few people said, 'You're mad, why didn't you set up somewhere you'd have a bit more profile?' But I'm dead happy going up to Tallaght.

With new boss Jack O'Connor now at the reins, Kildare returned to training in the past fortnight. They've already got a challenge game under their belts. The good news: Daniel Flynn is again involved with the panel after a year out.

"He brings so much experience and he had the instant respect of the squad from what he's done in the game already," says Feely of three-time All-Ireland winning manager O'Connor.

"He's obsessed with football and it rubs off on you so much. It's total enthusiasm. He would happily talk about football all day long with you.

"He's really able to relate to every situation that every player has come across because he's seen it all before, which is really good.

"He also has the experience of working with minor teams, and U20 teams recently. So he's not out of touch with the younger lads either. He can relate to every level of player there at the moment.

"Everyone is, not on edge, but so eager to impress. Without even knowing much about him, you want him to think you're good because of what he's done in the game, straight away.

"We've got a huge panel at the moment. Because he's new to the Kildare scene he has to get a whole view of all of the club scene. The new lads coming in has made the established guys think, 'Jesus, I need to up my game'.

"Not only to keep your place on the squad, but to impress someone with Jack's reputation. Yeah, in that regard everyone's standard and level has gone up automatically."

UPMC, which offers trusted, high-quality health services at UPMC Whitfield Hospital in Waterford and other facilities in Ireland, will work with the GAA/GPA to promote the health of Gaelic Players and the communities in which they play.

GAA
1 day ago
By PJ Browne
Quiz: How Well Do You Know The Weather-Hit GAA Weekend?
27