"I knew there might be a good chance that Verona would open the front door when she saw the lights of my car, excited to hear me tell her… Meet the new Mayo manager!

"A couple of hours later, I was seated at the bottom of our bed.

"How did this happen?

"I was close to tears, and I needed Verona to listen to me and try to counsel me for another couple of hours. It was close to three o’clock in the morning when I finally lay my head on my pillow and tried to sleep."

Online debates and listicles eternally consider the candidates for the GAA's most underappreciated figures. Kevin McStay discovered the answer after he missed out on the Mayo senior football manager job in 1995.

He had been assured the position was his, but a late change saw John Maughan eventually assume the mantle. He found out at a county board meeting that was meant to be a formality but became a nightmare. The support was no longer there, or so he was told by a Ballina delegate.

The Mayo man would overcome this setback. Victories and defeats are part of the contract when you commit to active involvement in GAA. The hope is that those successes count more than any calamity.

In good times, accolades and acclaim are forthcoming for the game's players and managers. That is not the case for their families. The selfless supporters. Men and women who operate as constant rocks, in sunshine or storm. 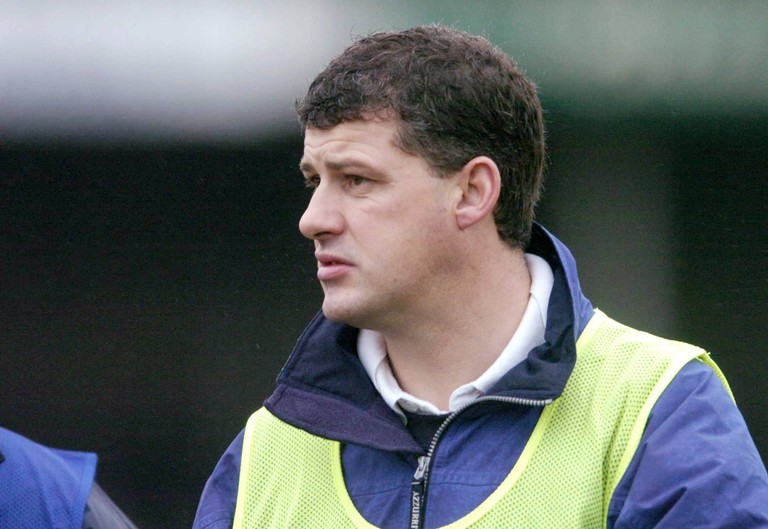 For Kevin McStay, it is these uncredited individuals who are essential. Their value is immeasurable.

"You learn, not just in sport but in life, the importance of the people you have around you. Your family," he tells Balls.ie.

"They are the people who will deal with your circumstances one way or the other. Sport, life, health; when you close the door, it is just the gang around you. They are all you have and they are everything."

That company is crucial when the emotions are so visceral. McStay managed Roscommon to a Connacht title and a spot in the Super 8s during his term but across his career, he endured his fair share of disappointments as well. In those times home was solace.

"At this level of sport, the highs are so high. They are incredible.

"But when it goes the other way, this must be for everyone I guess, even the Mayos and Kerry, for all managers, when you are not winning games you should be, it is a desperate low. It is under the duvet for two days and you don’t want to come out sort of stuff.

"People ask how can Roscommon have a high? Roscommon have their own level of a high. For Roscommon to win a Connacht championship is huge. Mayo wouldn’t even celebrate one if they won it. We came back through the town that night with thousands out to meet us." 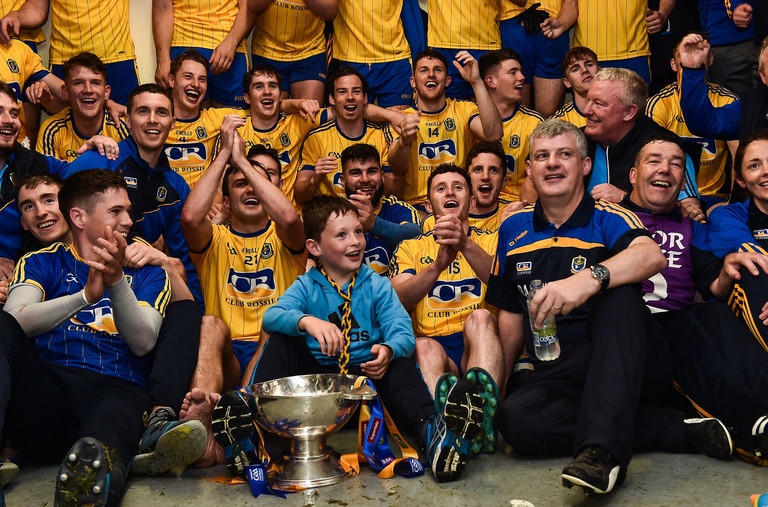 Whether it be in club or intercounty management, McStay starts the year by setting collective targets.

"When you hit it, it is unreal. It is one of the great buzzes of life. Outside your children being born, getting married. These wins are huge."

On the other hand, in times of loss or let-downs, the hurt is profound. He openly admits feeling it on a personal level after the two occasions the county of his birth overlooked him. Twice Mayo's choice for manager was McStay or nobody. Twice they choose nobody.

There was turmoil when he was in a job too. McStay's stint with Roscommon hit a sour note after a league loss against Mayo. A local radio station placed the blame at his door. What's more, they put it down to the fact that McStay was 'not a Roscommon man'.

Looking back on that episode, he was one word to describe it: "Hellish."

Yet he endured and credits his wife, Verona, for helping him do so. Her influence is obvious over the course of his recently released memoir. He writes about her helpful advice during this spell. Collected, caring, constant.

But she did warn me of the consequences. ‘If this is going to break you,’ she warned, ‘... or hurt you, or make you act in a horrible way to other people, then you need to get out of it... now!’

There was never any question of me resigning. I was too angry. And Verona knew how angry I was feeling and that is why she warned me about my own thoughts and actions.

When you are the man in the middle you can find yourself lurching to either extreme. McStay discovered it was his family who kept him centred.

"When you are winning, they keep you grounded as well. They make sure you do not get ahead of yourself. Then when you are going to training revved up or phone calls start coming in at 5 o'clock about issues with training, availability of a pitch or players.

"When you get annoyed, they make sure you try and stay calm. Verona and the girls were very good that way. ‘Ah look, come on. He won't be there. Move on and crack on.' Stuff you know yourself but in the moment you get frustrated. The bit that drains you is all the small negatives around a match or session." 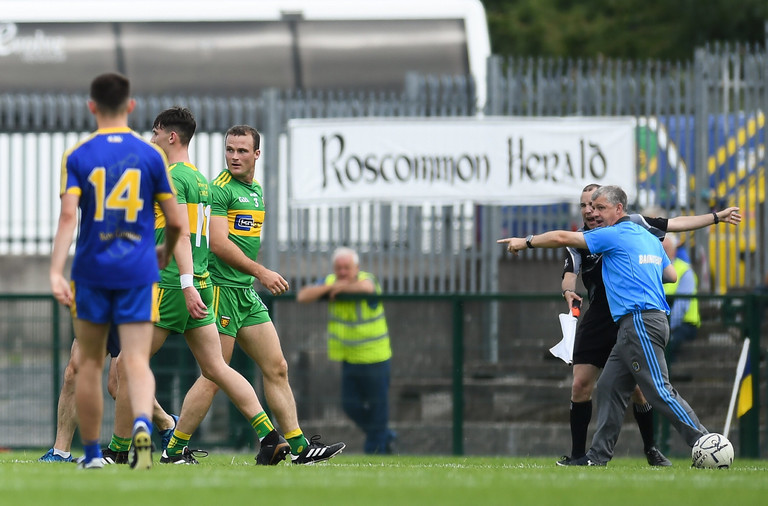 Maybe avoiding the Mayo job was a blessing in disguise? He's not so sure but he understands the sentiment.

Mayo, God help them. The saying goes that madness is sometimes an appropriate response to reality. Out west, they seem to be always responding to reality.

That poses the question, are they their own worst enemy? "Just look at the newspapers," comes the reply.

"All I know is in the top counties don’t have this happen. The sense is that there is no corporate memory. How many of the last ten managerial appointments have become controversial?"

"It is so politicised, with a small p. GAA politics. Local men. People start taking sides. They don’t tend to stick with the process.

"I mean Croke Park have issued guidelines on how to do this years ago. There is a template. Monkey see, monkey do. How to do this, how to do it properly. What correspondence to enter into. What communication to keep open. Budgets, qualifications, interview board make-ups.

"For some reason, they are just left to one side and people invent a new way to go about it."

This is one of the great complications of the GAA. We, managers and players, have brought onfield standards to one of the highest ever. The standard and skills of Gaelic football. The athleticism, conditions are at the highest of all time.

It is better than anything I have ever seen. The opposite is true in terms of administration.

Look around. Galway, Mayo, the administration of them. The way affairs are run. Counties that in general are taking in huge sums of money. The need for transparency, good governance and proper auditing is paramount.

Elsewhere in the book, McStay revealed during his Roscommon term he had to pay for the team’s hotel bills and players’ gym membership. He was later reimbursed by the County Board. 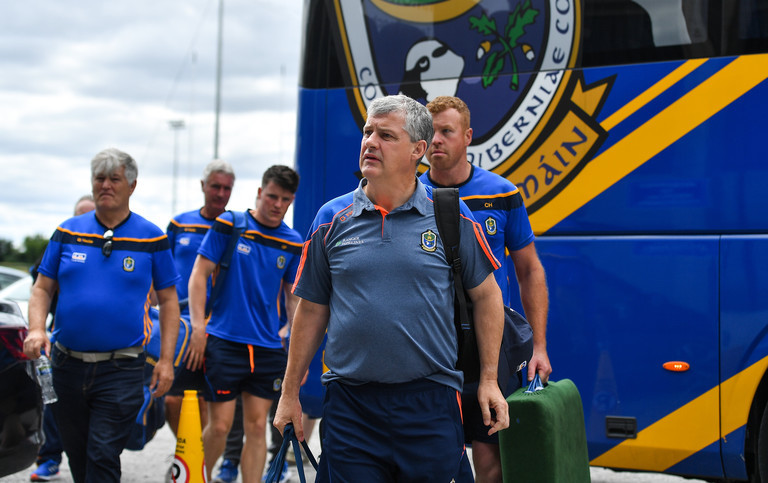 He brings it up now to stress that there are good people involved in certain counties and even they sometimes need help. Through his work in punditry and the media, McStay has maintained Croke Park need to intervene and implement fulltime CEOs.

He learnt this lesson the hard way. Sitting on a bus outside Omagh, looking at a county board official who was telling him the county board credit card could not cover hotel costs.

"The treasurer involved was a personal friend of mine. He himself knew the savage pressure he was under. He could see the lack of money in his account. Try that at the end of a month if you are trying to pay a mortgage or something and don’t have the money to pay it."

"He was full in the knowledge travelling to games. Thinking 'Jesus, will there be enough for the team?' That is horrible pressure for a treasurer. The prime position of their career.

"The lads I dealt with in Roscommon were marvellous. The problem was they were trying to keep a show on the road that was creaking from day one. It's not their fault but they have to manage it.

"They are under such huge pressure. Constantly underwater. That is in so many counties. The effort they put in to keep the show on the road is just… they are the easy hit and easy laugh. There are competent officers on a lot of boards. Again, on what I said earlier, in many ways they are the heroes. They don’t get the huge joy of being on the field or being on the bus."

This sport has its characters and it is in times of difficulty that the important people in McStay's life have shown the strength of theirs. After a lifetime in the GAA, he has come to realise it. His gratitude is gargantuan.

"That is why we always had them on the bus or in the dressing room with us. They are the heroes. They keep the show on the road in almost impossible circumstances."

"You can't forget the people who support us."

Kevin McStay will be signing copies of The Pressure Game — A Memoir, written with Liam Hayes and published by Hero Books, in ETL (Eight Til Late) in Roscommon Town on Sat 23rd November from 12 noon to 2pm and Mulvey's House of Gifts, Main St., Carrick-on-Shannon on 7th December from 2pm to 4pm.

GAA
1 day ago
By PJ Browne
Quiz: How Well Do You Know The Weather-Hit GAA Weekend?
25