It's not something that many people would have predicted a few months ago, but Jack O'Connor will be in the dugout for Kerry for the 2022 season.

Peter Keane's services were not retained after the county fell to an All-Ireland semi-final defeat against Tyrone, despite the fact that he claims the players wanted him to stay in the job.

O'Connor had not been shy about expressing his interest in the role, even while Keane was still in the hot seat. Speaking on Irish Examiner football podcast only a matter of days after Kerry's loss to Tyrone, he compared the job to managing Manchester United and said anyone would be interested in taking it.

This public pursuit of the role ultimately paid off for him, but Kevin McStay was not too impressed with the way O'Connor went about things.

Speaking on RTÉ's Saturday Sport, the former Roscommon manager said that O'Connor performed a 'public grab' in order to position himself for the role.

The manner in which it all came about was a little bit ugly, I'd have to say. There was a sense that the position was courted when there wasn't a vacancy - or a technical vacancy at the time.

It was a disappointment that there was a kind of public grab. We all know this is a smashing Kerry team. They're going to win All-Irelands sooner rather than later, I'd have a great sense of that. There seemed to be a little bit of grabbing going on...

To compare Kerry to Man United, Kildare to an easy life, pretty much all in the one podcast... when you're in a public position like that, the manager of Kildare of whom he had committed to as I understand, you have to be very careful with your utterances because after all you are the guardian of the county football team.

There's a great responsibility and privilege involved in that.

Now Jack O'Connor a brilliant manger. He wins All-Irelands so you can see Kerry want to have it in safe hands and get winning championships, that's all that matters down there.

It's a brilliant appointment that way but he's certainly yanked up the pressure on himself because everyone knows this is a smashing team and there's only one result that counts down there now.

Peter Keane can probably feel somewhat hard done by to not be given another year in charge, although it is fair to say that the team underperformed in each of the last two championships.

Jack O'Connor will be hoping that his third stint in charge of the county will once again result in Sam Maguire returning to The Kingdom. 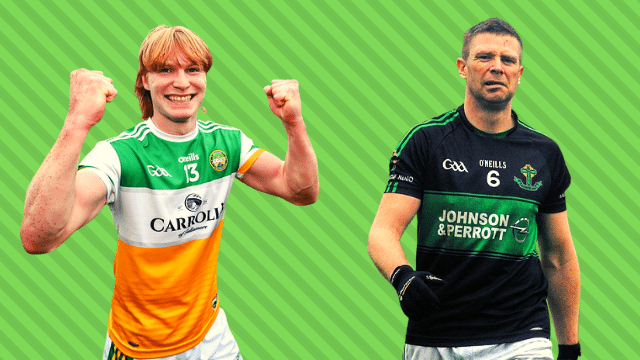