Dublin won their tenth Leinster Senior Football Championship title on the trot last weekend, a result which came to the surprise of absolutely nobody.

The Dubs have long been the dominant force in the province, losing only one Leinster championship match in the last 15 years. The issue is that the gap between Dessie Farrell's side and the rest seems to be widening, perhaps best evidenced by their frankly ridiculous 21-point winning margin in the final against Meath.

As has long been the case, it is obvious to any onlookers that something needs to be done to revive a once proud championship that has become something of a turkey-shoot in the last decade or so.

Former Westmeath player John Connellan composed a brilliantly written letter to express the challenge that other counties in Leinster find themselves up against, laying out just how much things have been tipped in favour of Dublin.

Not only do they have all the natural advantages that comes with being by far Ireland's most populated county, but there are also handed pretty much every other advantage by the GAA and Leinster Council.

Be it in terms of funding, home advantage, or other areas, it is difficult to argue that Dublin do not receive preferential treatment. That is not to blame Dublin, who have expertly utilised the advantages at their disposal.

It will take quite some time to reverse the trend of the last 20 years, but some things can be done in the meantime.

Making Dublin play provincial championship games away from home would be a start, with the All-Ireland champions having not played an away game in Leinster since 2006. In fact, they went a full decade without ever having to play outside of Croke Park.

While Dublin have played a number of quarter finals at neutral venues in recent years, Kevin McStay feels things should be taken a step further.

Speaking on the RTÉ GAA podcast, McStay said that Dublin should be asked to play away from home on a regular basis. He also used a remarkable stat to show the lunacy of fixture making in the Leinster Championship.

The point I keep making is why don't we do a few immediate fixes.

In 1890, Laois played Dublin for the first time in the Leinster Championship. In the 130 years since, there have been 35 matches between Laois and Dublin. None of them have ever been played in Laois. Just think about that for a second.

Why are these Leinster matches not on in a home and away basis? If it's not about money, can't Dublin play Wicklow down in Aughrim and then if they're playing them the next year, it's back up wherever Dublin want to play.

Three years ago, Laois drew Dublin in Portlaoise and what did they do, they took it out of a football ground and put it in Nowlan Park and they said that was a bad mistake.

The reason it was taken out of Portlaoise and put into Nowlan Park, as I understand it, is the seating arrangements. There was more seating available in Nowlan Park.

Let's do what's doable. The venue thing could be done immediately and accepted by all. It's the easiest fix.

McStay acknowledges that bigger scale changes will be required before we see any real results, but it's difficult not to accept that Dublin should be treated in the same manner as every other county in playing games away from home. 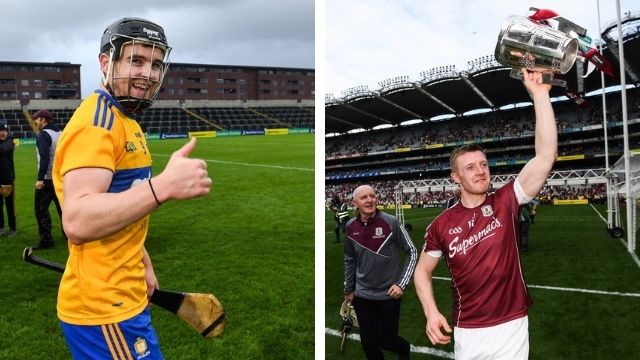