'I Didn’t Think I’d Be Back This Year. Wayne Twisted My Arm'

A game which started with a soporific first half turned into an enthralling encounter at Austin Stack Park in Tralee on Saturday evening.

It took extra-time and penalties to separate Austin Stacks and St Brendan's Board in the weekend's first semi-final of the Kerry Senior Football Championship.

The decisive kick was scored by four-time Kerry All-Ireland winner Kieran Donaghy. The 38-year-old told RTÉ after the match that his side had prepared for the possibility that the game would be decided by a shootout.

"Tommy Naughton and the boys put us through our paces," said Donaghy.

"I actually missed the one in the last training session, which I got a good bit of slagging from the boys.

"But I scored against Rathmore in the league final in the last one a few years ago. So I’m two from two in penalty shootouts. I wouldn’t be backing myself overly but thankfully it went in.

"[The fifth one] is the easy one to take. If they’d scored and I had to score to keep us alive, that’s a much higher pressure kick.

"Michael O’Gara, Michael O’Donnell, Sean Quilter, in fairness to the boys, they put their penalties away. Adam Curran, young kid, 19 years of age, stepping up in a county semi-final to do that. Tremendous character by the boys and they gave me the hero kick at the end, and that was the easiest one to put away." 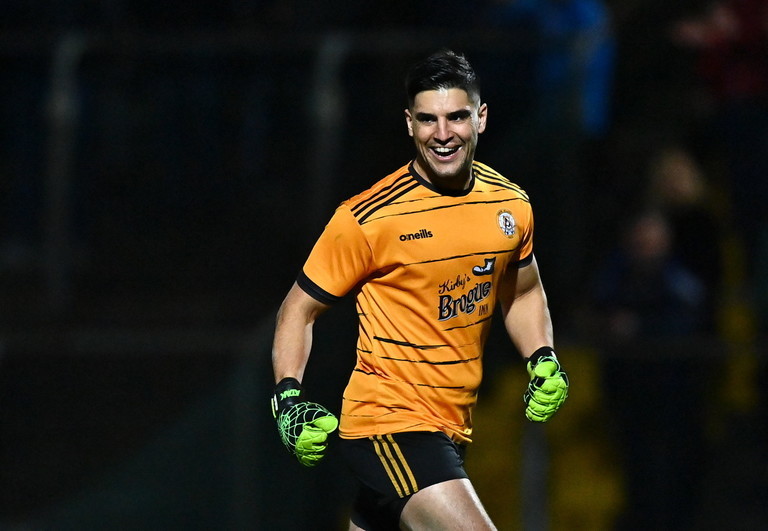 Stacks will play either Dr Crokes or Kerins O'Rahillys in the final, their first county championship decider since they won the 2014 title.

"I didn’t think I’d be back here this year," Donaghy added.

"Wayne [Quillinan] twisted my arm, gave me the Covid [viewpoint], that we didn’t do too much last year, you got away with a lot. I was above with Armagh and Kieran McGeeney this year and he said I didn’t do a lot of the season, so he thinks I’m fresh. I don’t know about a 38-year-old being fresh but just delighted to get into it.

"Look, it’s a massive chance. It’ll be a massive final, we’re either going to be playing our local rivals Kerins O’Rahilly’s or Dr Crokes, who have been the kingpins here the last 10 or 15 years, so we’ll be up against it in the final but we’re looking forward to it. Once you’re in there, you always have a 50-50 chance.”

See Also: Even In Neighbouring Parishes, They Celebrated Mountbellew/Moylough 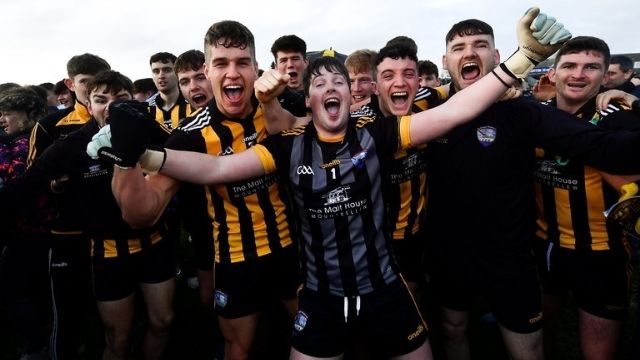