When Kieran Donaghy went to sleep on Friday night, he was looking for two things from the weekend: A victory for Austin Stacks in the Kerry Senior Football Championship first round, and a win for Garvey's Tralee Warriors in the Pat Duffy National Cup. He got both.

The 38-year-old even spent some time in defence late in the game as his side battened down the hatches for a 1-7 to 1-5 victory over a team featuring the Clifford brothers. Donaghy also broke the club's Kerry SFC appearances record as he turned out for the 60th time in the championship.

Stacks will face another divisional side, South Kerry, in the quarter-finals.

Unbelievable performance by @starryboy14 and @AustinStacksGAA! Nice moment at full time for both Star and Wayne Guthrie, shows how much the win means to them. #countychampionship pic.twitter.com/xpCunlJjRx

At the Tralee Sports Complex on Sunday afternoon, Donaghy's attention turned to basketball as his Warriors side defeated Ballincollig 74-66 to reach the InsureMyHouse.ie Pat Duffy National Cup quarter-finals.

"I would have taken the two results as what I was looking for on Friday night when I put my head on the pillow," Donaghy said in a video posted by the Warriors' Twitter account.

"Last night was great for the [Austin Stacks] club.

"I knew that this was going to be a big one, and I hadn't been playing with the lads, so I'm nearly more of a hindrance out there at times because I don't know the offence well enough.

"When it was going against us, we just dug in on defence, and Aaron made a big three on the break and it gave us a bit of breathing space.

"We have a lot of getting used to each other to do really. A lot of the guys are new. There's just a bit of chemistry to get going. I feel once that chemistry comes, we'll be in a good spot.

"That's a massive in the cup. We know how good Ballincollig are. We played them here in a pre-season game, and they were tough. Delight to get the wins." 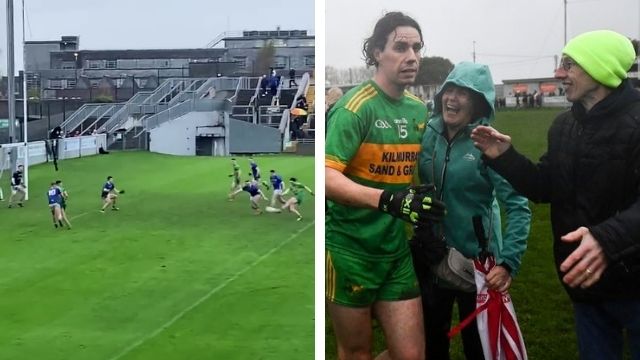