At half-time on Saturday, it looked like Mayo had a real chance of ending what is now going to be a 70-year wait for All-Ireland success.

They had played well in the first half, but trailed by two points at the interval, with Dublin holding a 2-6 to 0-10 lead. Dublin were due to play most of the third quarter with 14 men, as Robbie McDaid was shown a black card on the stroke of half time.

Mayo set up with a sweeper after the interval, a move which former Kerry star and Sky Sports pundit Kieran Donaghy criticised, feeling that they should have gone with a more attacking approach.

James Horan has to get a lot of credit for getting so much right. [But] I think when he wakes up tomorrow morning, he will be disappointed with this.

They had to go for it. You need to attack the game. There's no tomorrow in an All-Ireland final. You're not going to beat a team who is going for six-in-a-row by being conservative. And it was a slightly conservative move.

Dublin being so smart, Cluxton came out as an extra guy, Mayo played a sweeper back in front, so now it's 13-against-13 out around the middle of the field which is what it was normally.

So they never availed of that advantage, which was disappointing for them because they only reeled in one point in that 10-minute [period].

I think they will be disappointed. Going with a sweeper was conservative; maybe going with a James Carr - someone who is going to take the game to Dublin and maybe open them up. Or putting Aidan O'Shea into full-forward.

Make Dublin react to what you're doing. Dublin came out, saw the sweeper back there, and they were delighted.

Mayo trailed by a point at the second half water-break, but Dublin pushed on in the final quarter and held out for a comfortable five point win.

Jim McGuinness was the last man to manage a team that beat Dublin in the Championship, when he was in charge of Donegal in 2014. The now Sky Sports pundit paid tribute to Dessie Farrell's side and feels it will take something amazing for them to be beaten.

James McCarthy as well for me was immense. He is a seriously strong, aggressive, powerful player who doesn't mind going down and dirty, and he also has leadership skills. Those three for me really stood out for them.

The way they managed the game was very, very impressive. They know exactly the tempo of the game; when to speed it up and when to slow it down. Finding those players in the pocket to pop the ball over the bar at vital moments.

So they are just an incredibly polished team at every facet. We've spoken about that all year. It's going to take an amazing jolt from somebody to knock them off this perch.

SEE ALSO: The GAA Have Made Some Major Changes To 2021 Football & Hurling Championships 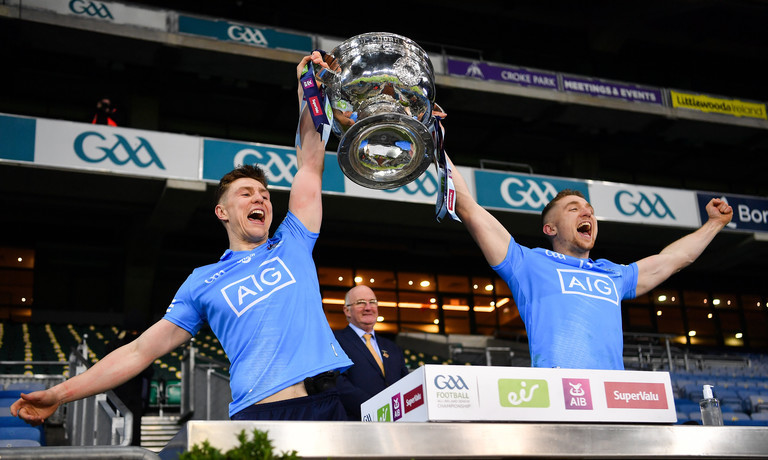