2006 All Star player of the year Kieran Donaghy did it all at intercounty level - and he can now check a penalty shootout off his list, after the crucial role he played in Austin Stacks' Kerry semi-final win on Saturday night.

The Kerry senior football semi-final had a dramatic conclusion on Saturday night, with Austin Stacks and St Brendans forced to play out a rare penalty shoot to decide who would progress to the county final.

After a flawless shootout from Stacks, Kerry legend Kieran Donaghy stepped up to bury his penalty and send his club to their first Kerry final since 2014.

It's a rare occurrence to see a penalty shootout in the GAA, but we were treated to one at Austin Stack Park in Tralee on Saturday evening.

Stacks played host to St Brendans in the Kerry semi-final, with stars on show for both sides. Stacks fielded four-time intercounty All-Ireland winner Kieran Donaghy at full-forward, but it was Sean Quilter and Darragh O'Brien who contributed the goals as they ground out a 2-9 to 1-12 draw after extra-time.

The conclusion to extra-time saw a late goal from St Brendans, which tied up the game and left the county officials frantically preparing a rarely seen penalty shootout to decide the finalists.

Goalkeeper Wayne Guthrie was the star early days for Austin Stacks in the shootout, as he made a stunning save from St Brendans' first spot kick to push the ball over the bar and give Stacks the early advantage.

The penalty taking was flawless from Stacks, who slotted all four of their opening penalties, putting them on the verge of a place in the county final. It couldn't really be anyone but Kieran Donaghy to step up and take the decisive penalty, and he showed nerves of steel to bury his attempt in the corner and claim a spot in the showpiece for Stacks.

Class is permanent as Kieran Donaghy secures a penalty shoot-out win for Austin Stacks in their Kerry SFC semi-final against St Brendan's. pic.twitter.com/PMAf2Q1oNy 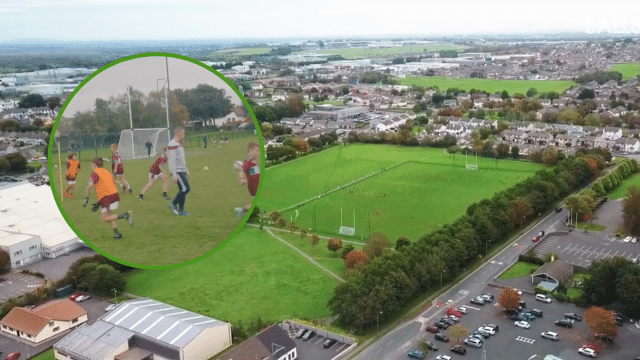