Former Galway footballer Kieran Fitzgerald says he struggled for years to come to terms with the death of his girlfriend Mairéad Meehan in 2007 aged just 25.

Fitzgerald, who won an All-Ireland football title in 2001, met Mairéad after the National League final earlier that year. She was the sister of Galway footballers Declan, Tomás, Michael, and Noel Meehan.

By that time, she had already been diagnosed with osteosarcoma, a type of cancer which starts in the bones.

"When I met her, you would not know she had that trauma behind her," Fitzgerald says in his episode of TG4 series Laochra Gael which airs February 10th at 9:30pm.

"Over the years, she had to have surgeries of various types. Following the surgeries, she would have undergone various different types of treatments, radiotherapy, chemotherapy.

"She never let that hold her back and she had a personality that was so full of energy, enthusiasm and drive for life. She didn’t allow it to get in her way.

In early 2006, Mairéad had surgery and treatment which she overcame. However, later that year, three days after Kieran had lined out for Ireland in an international rules game against Australia, there came bad news.

"Mairéad had a result of a scan and unfortunately the prognosis of that scan was poor and essentially terminal," says Fitzgerald.

"As the weeks went on, Mairéad’s condition deteriorated and sadly [she] passed away at the end of January 2007.

"I found time by myself was really tough. I found it really hard to come to terms with how somebody could be there one minute, and gone the next. The finality of that, I struggled with for years.

"I really got stuck into getting my body right, and getting fit for the opening round of the championship against Mayo in Pearse Stadium." 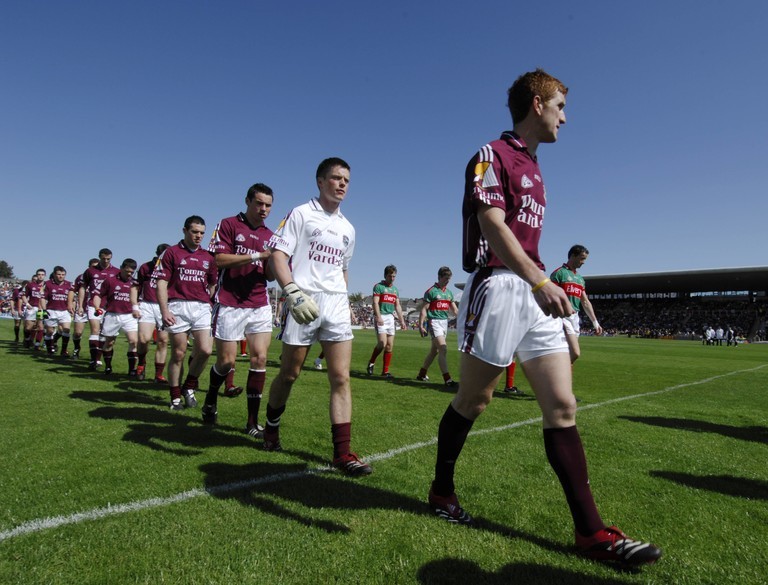 Before Galway played Mayo in the Connacht quarter-final, Pádraic Joyce told his teammates they were playing for Mairéad, the Meehans, and Kieran.

"I never looked past that game," says Fitzgerald.

"That was my sole focus. All I wanted to do was perform, and beat Mayo. Thankfully, we did that day.

"The Monday morning after that game, I was just a lost soul. The stark reality of what had happened the previous few months hit home like a train. I felt no joy.

"I struggled with form during the following years. It compounded my sense of sadness.

"Life went on, and football went on, championships went on, and people were giving me grief about not performing. I was going, 'Well, hang on a minute...' I found that difficult, and I did for a number of years. Going from training to training, game to game, and not performing."

Kieran Fitzgerald: 'I was no longer a Galway footballer'

When Tomás Ó Flatharta was installed as Galway manager in 2010, Fitzgerald came to a crossroads in his inter-county career.

"I just didn't have the desire, hunger, appetite to play inter-county football any more," says Fitzgerald.

"My biggest regret with Tomás, who is an utter gentleman, was that I wasn't brutally honest with him in my first conversation with him.

"To my surprise, Tomás selected me for the first round of the National League against Monaghan. I met an up-and-coming footballer in Conor McManus. I caught him on a really good day, and he caught me on a bad day.

"Walking off the pitch at half-time, I remember saying to myself, 'If Tomás doesn't take me off, I'll ask him to take me off'.

"I spoke with Mike Meehan on the way home on the bus, and told him 'I'm finished'. I don't think he believed me, but I was. I was no longer a Galway footballer. I had come to terms with that, and my decision was to walk away from the team.

"When I walked away, the cloud that was over me was just gone. That decision, without a doubt, helped take a lot of pressure off me. A few weeks later, I had the great fortune of meeting my wife Emer (Flaherty).

"My outlook on life, and things in general, changed." 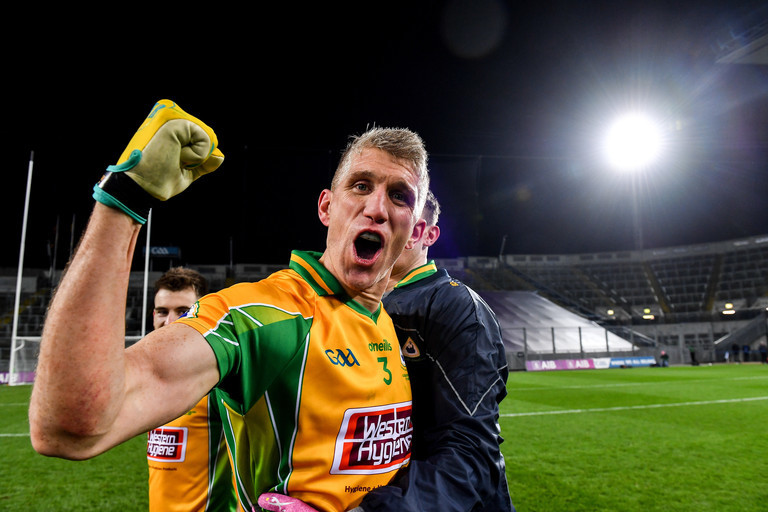 His inter-county career was over, but success would follow with his club Corofin. In 2015, Corofin won the All-Ireland title, beating Slaguhtneil in the final. Fitzgerald won three more All-Irelands with the club in the years which followed.

"To achieve our ultimate goal on behalf of Corofin GAA club was amazing," says Fitzgerald.

"We tried for so long, and there were many players that I played with that didn’t get there. It was for them as well."

After victory on St Patrick's Day 2015, the Corofin bus stopped in Caltra, home of the Meehan family.

"The reception that they gave me was so humbling," says Fitzgerald.

"I saw the joy they had for me and I knew that they wanted me to achieve that and to feel that and have that happiness.

"They are a special family. There's a bond there that's unspoken. My Mam and Dad travel over to Caltra every second Sunday, and they watch the Sunday game together, with Michael and Ann, and they talk about football, and life.

"They'll probably be doing that for as long as they are on this earth. It's really cool. I love it, and I love the connection with the Meehans. I hope that continues." 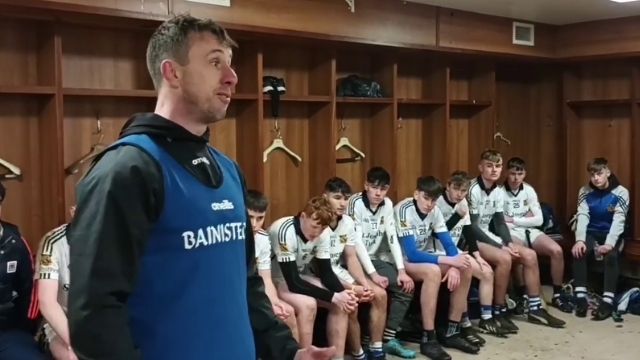 GAA
1 year ago
By PJ Browne
'It's Not All About Winning Underage. It's About Building Players And People'
Previous Next

GAA
6 months ago
By PJ Browne
After Years Of Heartbreak, Mountbellew/Moylough Finally Get Over The Line
GAA
6 months ago
By PJ Browne
Watch: Clare Intermediate Football Final Flips In Dramatic 60 Seconds
GAA
1 year ago
By PJ Browne
'It's Not All About Winning Underage. It's About Building Players And People'
Popular on Balls
Golf
1 day ago
By Gary Connaughton
Padraig Harrington Glad He Didn't Have To 'Make A Decision' On Saudi Golf League
Motorsport
1 day ago
By Gary Connaughton
Carlos Sainz Worried About How 2022 F1 Cars Will Affect Health Of Drivers
46