'A Few Of Us Saw Him The Night Of The Banquet. He Slipped In And Out'

Kieran McGeary says there was no single chef responsible for the recipe which led Tyrone to All-Ireland success this year.

"It's the ingredients of it all," said the Tyrone vice-captain, the PwC GAA/GPA Footballer of the Month for August.

"It's Mickey (Harte) in the past trying to get the whole thing rolling. Feargal (Logan) and Brian (Dooher) came in and brought serious men with them who were all for the one thing.

"If you give good men an opportunity, they'll do great things. That's exactly what Feargal and Brian did. They took men in that were willing to do anything." 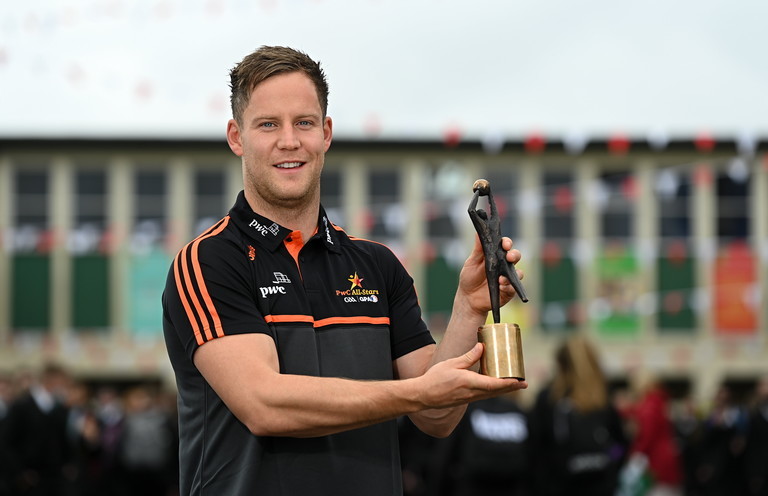 20 September 2021; PwC GAA/GPA Footballer of the Month for August, Kieran McGeary of Tyrone, with his award today at Holy Trinity College in Cookstown, Tyrone. Photo by Ramsey Cardy/Sportsfile

Mickey Harte stepped down as Tyrone manager late last year after 18 years in charge. McGeary said Harte, now manager of the Louth footballers, has been "very supportive all year".

"I remember seeing him on the pitch after we beat Donegal and he was delighted for a lot of the boys," said McGeary.

"He was like, 'Yes lads, you have one more step to win the Ulster here'. Mickey always had his eye for Sam all the time. He nearly put the glasses on you to see what was in front of you. He was a big man for imagining it was there.

"I suppose he got the ball rolling for a lot of the players. He always talked about how you don't have that many years and that 'it'll fly, it'll fly'.

"A few of us saw him the night of the banquet. He slipped in and out without saying a word. He's nearly the one that planted the seed for a lot of the players that are there. He slipped in and out and said hello to whoever he got to see. It was fantastic. He's a great man and deserves all the credit he gets."

McGeary believe it's possible that had Harte stayed on as manager, Tyrone could have won the All-Ireland this year.

"Big McShane was back, Conor McKenna was starting up, we had a number of new boys," said McGeary.

"It’s hard to honestly tell. At the start of the year, people were probably saying that Mickey made a good decision, stepping away from the Tyrone team.

"But we started to pick up a bit of momentum, pick up a few championship wins.

"There are no guarantees to say it would have happened and nothing to say that it wouldn’t if Mickey was still there."

See Also: Vikki Wall Committed To Meath, But Not Ruling Out Future Move Down Under 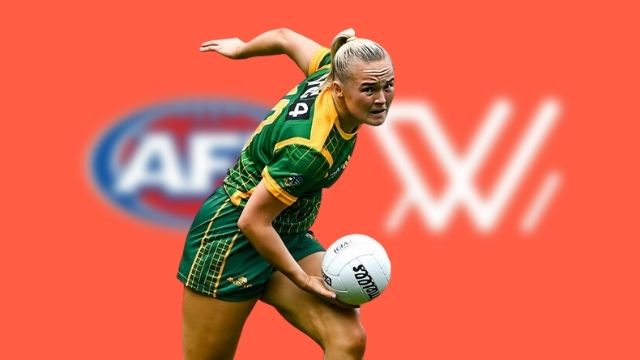