Closeness Of The Tyrone Panel Is One Of Their Major Strengths

Kieran McGeary says Tyrone players feeling they were trusted on the field allowed them to play without fear during games this year.

"That was one of the big words used this year," says the Tyrone vice-captain, the PwC GAA/GPA Footballer of the Month for August, "that 'We trust ye, we trust ye. Ye will know what to do in the moment'. And we always talk about that, in the moment.

"As a team, we had small things this year, one of them was 'Head, legs, heart' and if you were to use those three things in your game, that would take you through it.

"Playing without fear was one of my big ones, the ability to know that you're trusted was a massive one, that you're being trusted to make a decision. Pete Donnelly (S&C coach) always talked about putting out fires, as soon as you see a fire, go and put it out.

"We looked at numerous clips of other players who had the ability to do that and I suppose that was one of the things that I wanted to do this year, to put out fires as soon as you see them or if you can prevent them from starting then try to get it away as quick as possible, make the right decision in the moment." 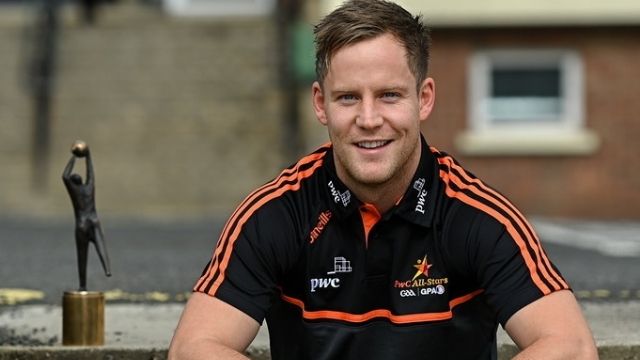 PwC GAA/GPA Footballer of the Month for August, Kieran McGeary of Tyrone, with his award at Holy Trinity College in Cookstown, Tyrone. Photo by Ramsey Cardy/Sportsfile

McGeary believes the closeness of the panel is a major strength. On the night Feargal Logan and Brian Dooher named their matchday 26 for the final against Mayo, one of those who was not included got in contact with McGeary and others.

"Boys that didn't make the 26 on the Thursday night, it's such a tough call for anybody, if you look at some of the players on the panel that never made the 26, they're some of the best, best lads and best footballers if you were to go through Tyrone," McGeary says.

"That just underlines the type of players they are. Straight away it's all about the 'we' and not the 'I' in that situation. And that would be hard to go home on the Thursday night and know that you weren't on the panel but if you have all the boys doing that, you're not in a bad setup.

"I replied and said, 'Thanks a million'. He stuck by it. I didn't have anything for him to do, but I did see him doing it for other players. It was simple things, like at half-time a bottle of water straight over, a wet towel, whatever it was. Before the game, down in the hotel too. When you have boys like that down on your panel, like I said, you're not going to be far away."

Conor Meyler: 'I Sent A Message To The Tyrone Group Early In The Week, 'No Social Media'' 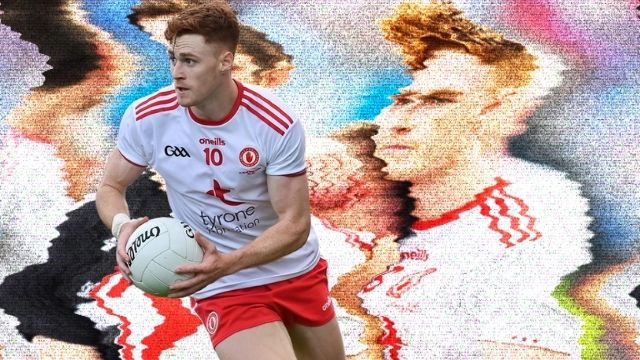