Armagh claimed a one-point win today against Longford 1-11 to 1-10 but Kieran McGeeney was far from happy.

A Rory Grugan point in the 75 minute snatched his side victory today in the Athletic Grounds. The game was a top of the table clash for Division 3 and it showed as the sides were level four times during the game. 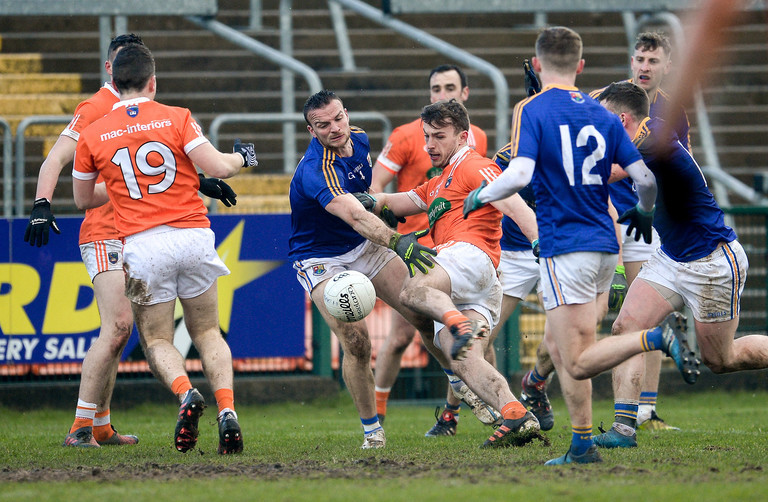 While the result means McGeeney's undefeated streak in the league continues after earlier wins against Sligo and Westmeath, the Armagh boss was far from happy with some wayward shooting.

When asked how he felt his side performed by RTE Sport after the game, McGeeney response was forthright: 'I thought we were terrible.'

We played very poorly, I think we hit 34 shots compared to their 19 and hit wides.

As Jacqui Hurley pointed out in the studio, she expected him to be happy post-match and instead, he was 'disgusted.'

He was less downbeat in his interview with BBC Sport, although his disappointment with certain aspects of Armagh's game plan was evident.

McGeeney is known for his high-standards but his apparent desire to see past the result and critically analyze the performance seems shrewd. It is the League after all, and Armagh's real test will come in the Ulster Championship this summer. Now this the time of year to consider performances before results. For example, in Division One, Donegal have huge scope for positivity despite losing their opening three games.

Poor finishing will be punished far more severally by their Northern counterparts and for a team trying to develop a more offensive gameplan, it is crucial they are capable in front of goal and have the ability to run up the scoreboard.

McGeeney expects more of his players because he knows the effect it will have later in the year. His comments are not needless criticism, but necessary honesty.