Watch: Kildare's Epic Hurling Win Over Wexford Is Everything We Love About Sport

Late drama, a huge upset, sendings off, and an outstanding individual display - the few people who were permitted in to St. Conleth's Park to watch Kildare's already famous win over Wexford in the Under 20 Leinster Hurling Championship were treated to everything you could ask for from a sporting occasion last night.

Kildare hurling has been on the rise for some time. Between 2012 and 2014, they played in three successive All-Ireland Under 21 "B" finals, winning finally in 2014. That year, the senior team also won the Christy Ring Cup for the first time, and would win it again in 2018, and again last year.

On their return to the Joe McDonagh Cup this year, they brought Carlow to extra-time in their only game so far, before eventually losing out to the more established county.

Last night's win though might be the greatest achievement in modern Kildare hurling. To knock off a traditionally big county in Wexford, a team full of the Leinster title winning minor team of 2019 and who had beaten Kilkenny in the final, is unprecedented stuff and is the boost the sport in the county badly needed.

How it happened will be remembered as much as the shock win. Dominating the play in the early stages, Kildare led by five points after 27 minutes, when they lose midfielder Harry Dunne to a second yellow card. They were up against it for more than a half with a player down, but rallied to lead by six at half-time.

Wexford clawed their way back in the game throughout the second half, and in the last 10 minutes, started to claw into the lead. In injury time, John McKeown was sent off for Kildare, reducing them to 13 men, and giving away a penalty to level the game. When Wexford took the lead four minutes into injury time, it seemed as though the fairytale win was out of reach for Kildare, with so much working against them.

Instead, up stepped the brilliant Liam Dempsey.

With seven minutes of injury time played, Dempsey landed his 13th point of the game with a free to once again level the game. From the resulting puckout, a Wexford defender was brilliantly blocked down, and it fell to Dempsey, who showed no trepidation in putting it over the bar from the sideline. It was deserved win for Kildare, and yet one that looked out of reach with just seconds left. These are sporting occasions we live for!

Amazing finish tonight in St Conleth’s Park as @KildareGAA claimed a famous victory in the Leinster GAA u20 Hurling Championship.

For anyone that didn't see the Kildare Under 20s historic win over Wexford tonight.
A. is St. Conleth's Park.
B. is where Liam Dempsey scored his winning point from. pic.twitter.com/uqNyhghL23

Speechless!! Fantastic performance by each & every one of the lads - victory richly deserved for all their efforts.

The game continued the trend of an incredible Leinster Championship so far this year at the grade, and an encouraging one for the depth of Leinster hurling. Kildare had already only overcome Carlow by a single point in a thriller the round before, while Laois held off Westmeath in a 68 score thriller after extra-time, that included one of the great points of the year. (Laois absolutely hammered Antrim by 32 points on Tuesday to advance to the next round and look like offering some serious solace for the midlanders after a dreadful season at senior level in both hurling and football.)

In a bit of an epic championship, Offaly and Kilkenny enter the fray next and await Kildare and Laois, before Dublin and Galway finally enter the competition at the semi-final stage.

SEE ALSO: Many Former Hurlers At The End Of Their Tether After Latest Sin-Bin Controversy 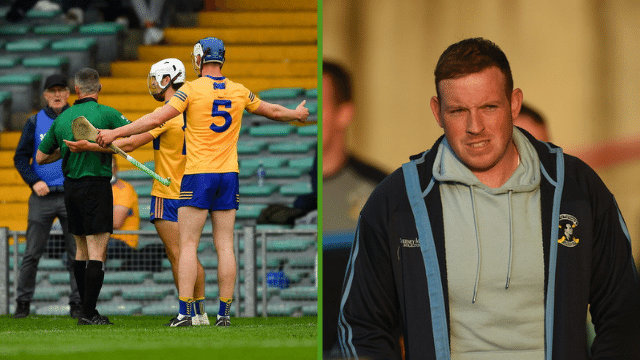