Westmeath were brought back to earth with a bump by a ruthless Kilkenny, who almost assured themselves of a place in the semi-final of the Liberty Insurance All-Ireland Senior Camogie Championship as a result of the 6-23 to 1-7 victory at John Locke’s GAA grounds in Callan.

Last year’s intermediate champions had beaten Limerick last week in their first ever appearance in the top tier and it was a compliment to them that the Noresiders took their threat seriously from the outset.

It was a bridge too far however, as Brian Dowling’s outfit flew out of the traps and were 13 points clear by the end of the opening quarter.

But Kilkenny, who had given championship debuts to six players in their first-round defeat of Waterford last week, remained unperturbed and official player of the match Miriam Walsh drilled a goal less than four minutes later, having been put through by Katie Nolan after good work by Anne Dalton.

Aoife Doyle lobbed Fiona Keating brilliantly from the next attack, after blocking the Westmeath goalie’s attempted clearance and within seconds, was setting up Walsh for her second unmissable goal chance.

Johnny Greville’s crew defended better from there but conceded two further goals just before the interval, Walsh completing her hat-trick after Denise Gaule’s run through the middle had been spotted brilliantly by Dalton, and then Doyle racing onto Lydia Fitzpatrick’s delivery in behind the Westmeath full-back line to bury to the net from close range.

That left it 5-11 to 0-2 a half-time but the Lakesiders improved after the resumption, as both sides made changes in personnel.

Denise Gaule brought up a sixth goal early in the second half and along with Walsh and Dalton added points, Gaule finishing with 1-9.

Denise McGrath battled well for a welcome goal for the visitors just at the three-quarter mark, after latching on to Sheila McGrath’s puck. Pamela Greville tagged on a few points as Westmeath continued to battle but by then, it was a case of job done for Kilkenny. 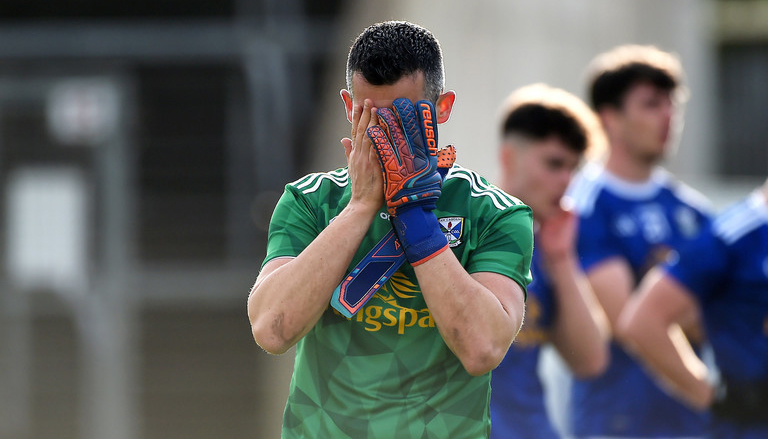