Kyle Hayes scored a sensational solo goal for Limerick in the Munster final against Tipperary at Páirc Uí Chaoimh on Sunday.

The 2018 Young Hurler of the Year picked up the sliotar inside his own half after a hand pass from Cian Lynch. He proceeded to scythe through the Tipperary defence, and hit a clinical strike past Tipperary goalkeeper Barry Hogan.

"Goal of the year, and it's only July," said Marty Morrissey on commentary for RTÉ.

Limerick had been 10 points down at the break but lauched a comeback early in the second half. Hayes's goal put Limerick ahead by five points, 2-22 to 2-17.

"I don't think I've ever seen a goal like that," said Michael Duignan.

"That is Kyle Hayes. That is what he can do. I don't think there's any other hurler I've seen that could do that; get the ball that far out [and score a goal]. He was going to be hooked. He sliced through the middle. That's an unbelievable finish by an absolutely savage hurler."

An extraordinary Limerick comeback in this second half and it's summed up here by this Kyle Hayes effort.

Watch now on @rte2 or highlights on #sundaygame from 9.30pm pic.twitter.com/GNClAbpAlB 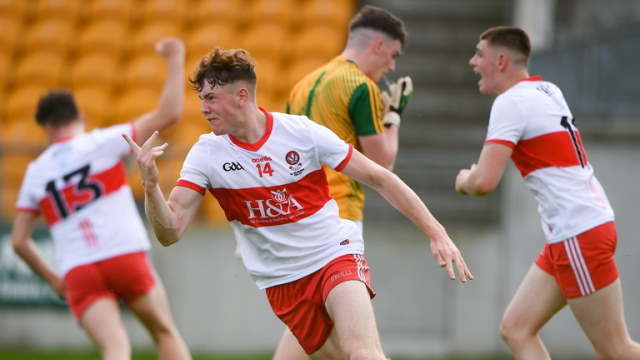