This 3-4 to 1-8 victory was sweet revenge for Kilkerrin-Clonberne, who lost out to Carnacon in a replayed Connacht Final last year.

Cora Staunton’s 1-7 wasn’t enough for Carnacon as the Mayo stars bowed out.

Kilkerrin-Clonberne’s reward is an All-Ireland semi-final clash with Cork and Munster standard-bearers Mourneabbey on the weekend of November 17/18. 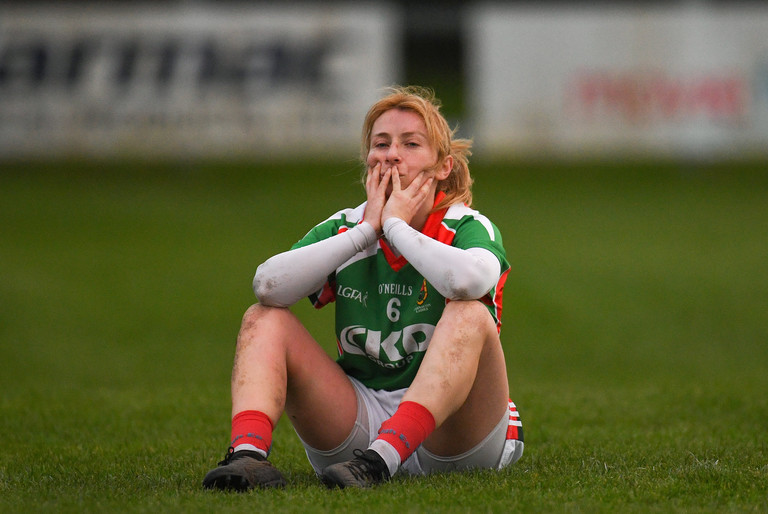 On the opposite side of the draw, it will be Dublin’s Foxrock-Cabinteely against Monaghan’s Donaghmoyne, who were All-Ireland champions as recently as 2016.

Fox-Cab made it four successive Leinster Senior titles on Sunday with a 4-11 to 1-8 victory over Laois outfit Sarsfields in Kinnegad.

Skipper Amy Ring led by example with a 2-4 haul for Fox-Cab, with Roisin McGovern coming off the bench to collect 2-1.

Laois senior Clare Conlon scored 1-6 for Sarsfields but a first Leinster senior title since 2015 proved beyond them.

On Saturday, Donaghmoyne claimed a 1-15 to 1-8 victory over Donegal’s Glenfin in the Ulster Final.

Glenfin, appearing in just their second Ulster senior Final, suffered the same fate as 2011 at the hands of Donaghmoyne.

Donegal county stars Yvonne Bonner and Karen Guthrie combined for 1-7 (Bonner with 1-4) but Donaghmoyne had too much big-game know-how and marched into the All-Ireland semi-finals.

Donaghmoyne are the only All-Ireland senior semi-finalist with experience of winning the competition outright.

The five-time winners won the last of their national crowns two years ago; Mourneabbey have lost three of the last four finals, including the 2017 decider, Fox-Cab were 2016 runners-up and Kilkerrin-Clonberne have never contested a senior Final.

Dublin’s Clontarf were crowned Leinster intermediate champions but in the junior decider, Castleknock from the capital and Carlow’s Old Leighlin will have to do it all over again next Saturday following a classic drawn final.

Meanwhile, Trillick from Tyrone and Monaghan’s Emmet Og are the Ulster junior and intermediate champions respectively.

And there were also quarter-finals in the All-Ireland junior and intermediate championships on Saturday.

And Edinburgh’s Dunedin Connolly’s will take on Monaghan’s Emmet Og in the All-Ireland intermediate semi-final after accounting for Kerry’s visiting Na Gaeil on home soil.

See Also: "Do They Really Exist? Jesus Christ, How Bitter Do You Have To Be?"

GAA
7 months ago
By Eoin Harrington
Knockmore End 23-Year Carnacon Dynasty In Incredible Mayo Final
GAA
2 years ago
By Declan Rooney
'There Aren’t Enough Words To Describe Olivia. She Is Playing Outstanding Football'
GAA
2 years ago
By PJ Browne
Cora Staunton Makes Comeback As Carnacon Win 20th Consecutive Mayo Title
Popular on Balls
Football
3 hours ago
By Eoin Harrington
Juan Mata Questions Manchester United Management After Dire Season
Golf
2 days ago
By Gary Connaughton
Padraig Harrington Glad He Didn't Have To 'Make A Decision' On Saudi Golf League
Football
1 day ago
By Gary Connaughton
The Frank Lampard Love-In After Everton's Survival Was Downright Bizarre
GAA
2 days ago
By PJ Browne
'It Came At An Awkward Time. I Didn't Think It Would Be So Bad'