Ladies And Gentleman, The Winner Of The Balls Man Of The Year Is...

Every once in a while, a moment etches itself in our memories for eternity; 9 November 1989 – Germany opens the Berlin Wall. 3 December 1990 – Ireland's first female president is inaugurated. August 2012 – Paul Gogarty releases his debut single.

Today, my friends, has given us one of those occasions. At seven minutes past twelve o'clock, weighing in at a fair bit more that 8 pound 2 ounces, Shane Curran was officially declared Balls.ie Man of the Year, after a public vote. 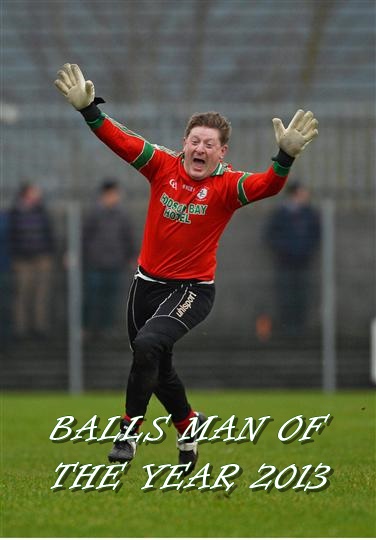 Almost 1,000 Balls.ie readers voted in the Paddy Power sponsored poll, with Curran – 9/4 second favourite – beating off competition from Paddy Barnes, Alan Nestor (2/1 fav), Davy Hare and the duo of Simon Zebo and Paddy Barnes with 33.3% of the vote. It was ran as a first past the post system as opposed to the more traditional Irish method STV – Single Transferable Vote.

It was of course a big year for the St Brigid's goalkeeper, with the team capturing the club All Ireland title in March. Speaking about Shane's win, Balls.ie CEO Brian Reynolds said:

'I have great time for Shane. He ran a good clean campaign, devoid of the negative nonsense that besmirched many an election in this country.

'We in Balls.ie are delighted to have provided the Irish public the chance to crown their own king, and I think Mr Curran has brought many a smile to our faces over the past 12 months.'

Shane spoke to RTÉ News after hearing he'd been declared the first Roscommon man to win the coveted award since 1944:

If you would like relive Shane's best moments of 2013, you can revel in his greatness here. 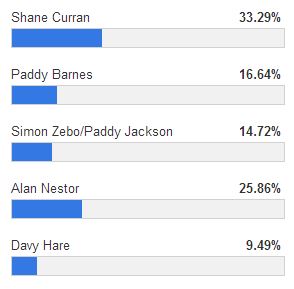 GAA
4 hours ago
By Daragh Ó Conchúir
'Everyone’s Really Motivated, They’re Happy To Be There And It Shows With The Numbers'
1