Laois have managed to avoid relegation in Division 2 of the Allianz Football League after staging a dramatic late comeback against Fermanagh, thus relegating Cavan in the process.

With three minutes of normal time to go in Cavan's match against Roscommon, while the Breffni side trailed, it seemed as if they would still be safe, given that 14-man Laois were losing 1-11 to 0-9 against an already relegated Fermanagh. However, three goals in the dying embers of the game saw Micheál Quirke's men run out seven point winners, 3-12 to 1-11.

They scored a remarkable 3-3 without reply, with two goals coming from Gary Walsh, another from Paul Kingston, late in injury time.

Meanwhile, in Kingspan Breffni, Cavan's late rally fell short, with Roscommon winning 1-12 to 0-13. Those results left Cavan and Clare (who lost to Armagh 1-13 to 1-18) tied on six points apiece in the table, with their head-to-head record meaning Cavan drop to division three.

It's even more strange to think that Cavan were still in with a shot of promotion going into the game. Also, if the Laois match ended a draw, then Cavan would have finished ahead of both them and Clare on score difference, as head-to-head would not count in that instance. Seven minutes of drama, seven months in the making.

Meanwhile, Roscommon and Armagh's victories secured their promotion to division one. 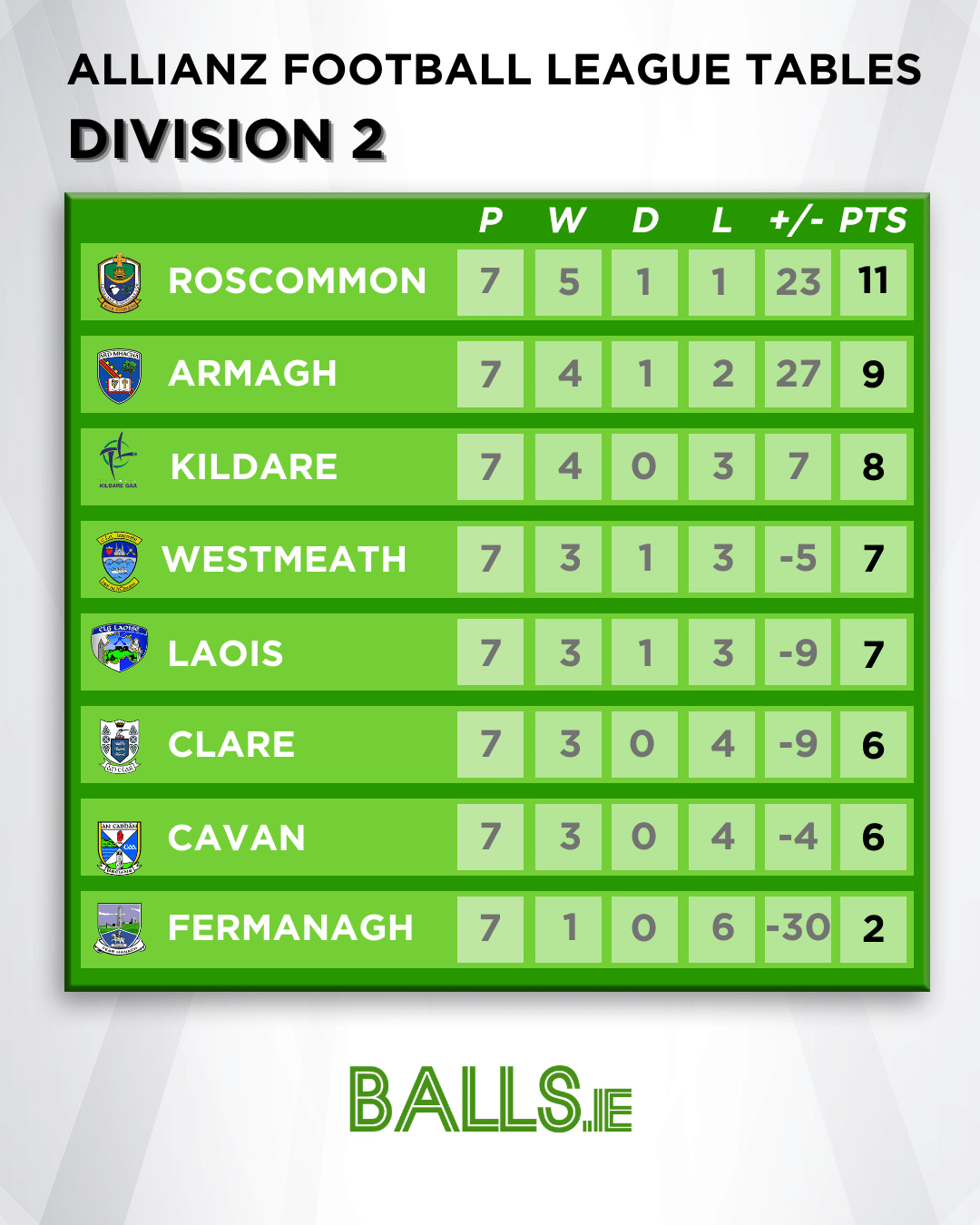 Meanwhile, in division four Wicklow secured promotion over Wexford, beating them 0-13 to 0-10, with Limerick topping the table after their 1-16 to 1-14 win over Sligo. Kerry are the division one champions, thanks to their 2-18 to 0-10 win over Donegal. 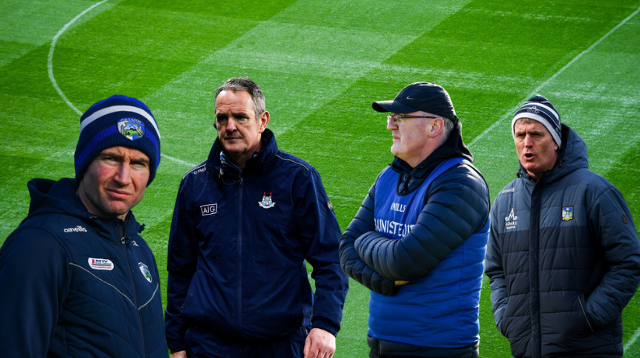