The Latest Trend: Laois Use 'Fly-Goalkeeper' To Combat Defensive System

Throughout the league campaign, rooming keepers have become more and more prominent. The standout was Stephen Cluxton's drive into Kerry's half, but Monaghan's Rory Beggan has consistently carried forward too.

The tactic is not a new trend but a rising one. Its benefits are obvious, as long as the keeper is comfortable on the ball it is an additional option and when utilised against a defensive team forces the opposition to commit a man and create the necessary overlap.

Laois face Carlow today in the Allianz League Division four final. The wide pitch at Croke Park and some exceptional long-range shooting have so far proved beneficial to Laois.

John O'Loughlin soars it high and over the bar for Laois. pic.twitter.com/1huCxBB8mj

But one tactic that has also reaped rewards is goalkeeper Graham Broady's runs forward.

Brody is to laois as ederson is to man city

It is a very simple tactic.

Carlow kick a wide, before the umpire has even raised his hands Brody is ready to kick the ball. He does not use a tee.

It is a short kick-out. Carlow have already funneled men back. 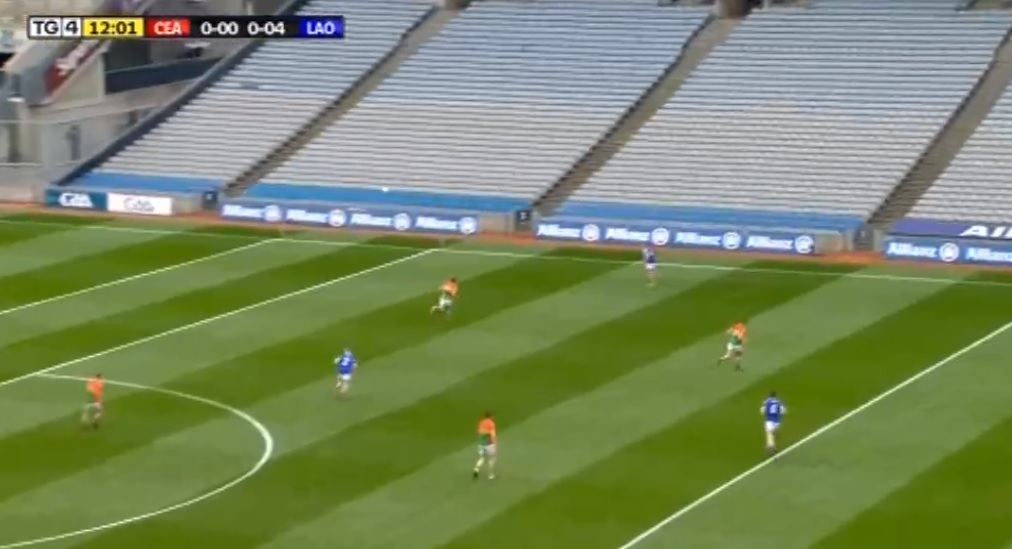 Brody goes for the one-two and carries until an opposition player tries to tackle him. 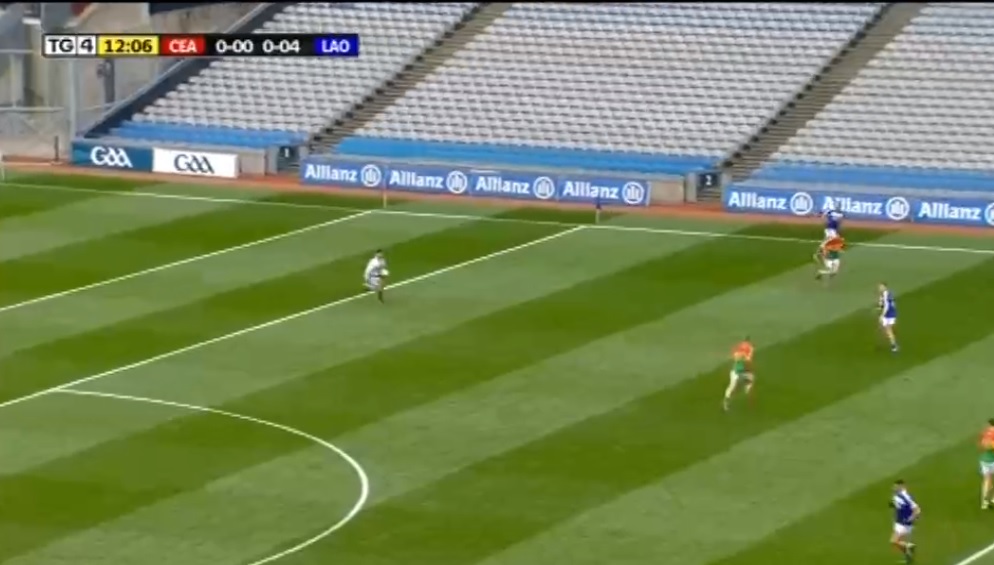 He goes beyond that player and gives the ball off near the half-way line. 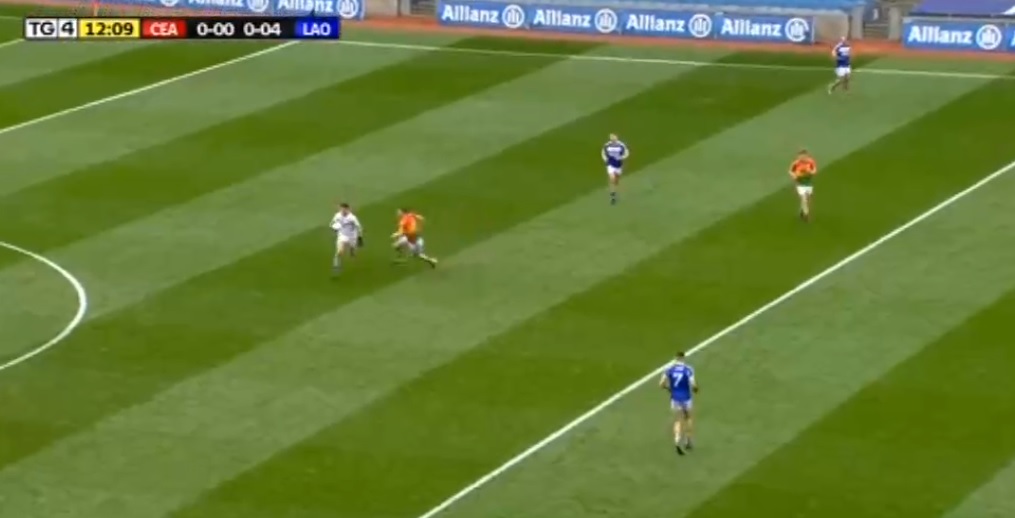 He did it again shortly after, catching a short kick and hand-passing at the '45. 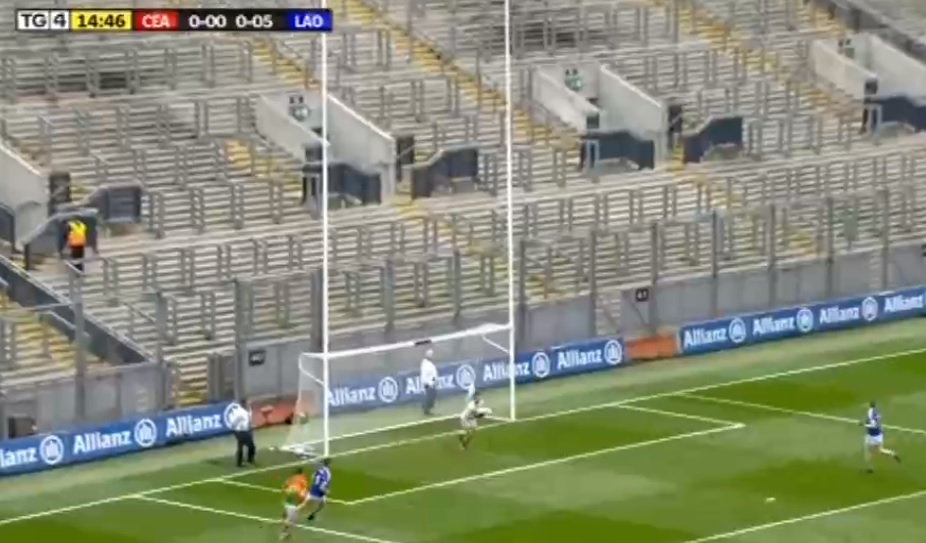 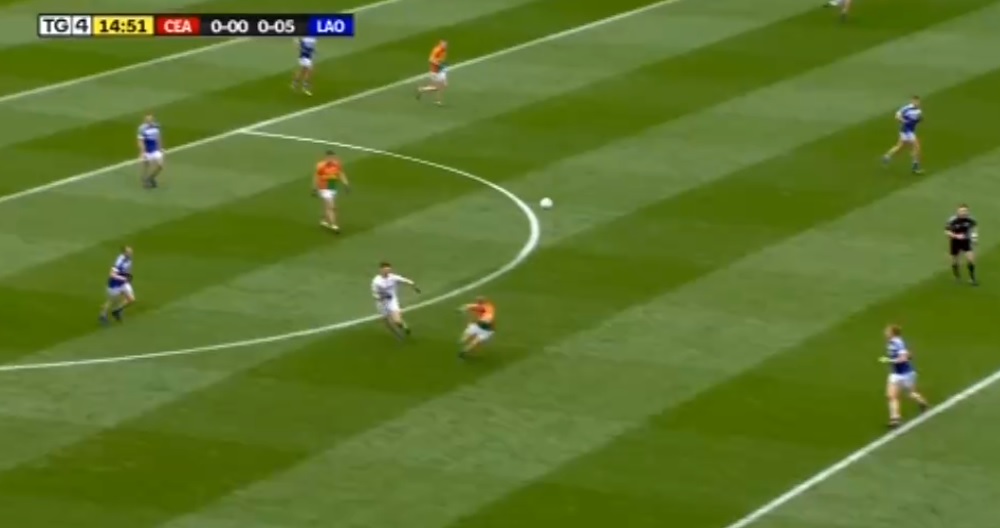 He then continued his run but they elected not to pass to him.

It is an interesting move and one we will no doubt see more of come Championship. At half-time Laois take a 5 point lead in with the score 0-10 to 0-5.