After Six Years In Oz, Leann Fennelly Returns To An All-Ireland Camogie Final

Leann Fennelly was more than satisfied with her seven All-Ireland medals and had long given up notions of wearing the black and amber to which her family is congenitally joined it seems.

Yet here she is, after six years in Australia and 13 years after claiming the last of that cherished septet of mementoes, back in the Big House as a key element of the Kilkenny side taking on Antrim in Sunday’s All-Ireland Intermediate Camogie Final (2pm).

She already has a National League Division 1 medal this year as part of the senior squad, but climbing the Hogan Stand steps again would be a fairytale.

Fennelly’s last Celtic Cross came in this grade in 2008 and having also gathered three minor, one U16, one colleges’ and the rarest of Noreside possessions, one junior ladies’ football trinket by then, the teenager must have thought that it would be raining medals for the rest of her days.

Now 31, the Mullinavat titan has been acquainted with reality but is in no way scarred by it. Her love of camogie never waned as she was part of three All-Ireland final defeats at senior level, including when she was captain in 2014. 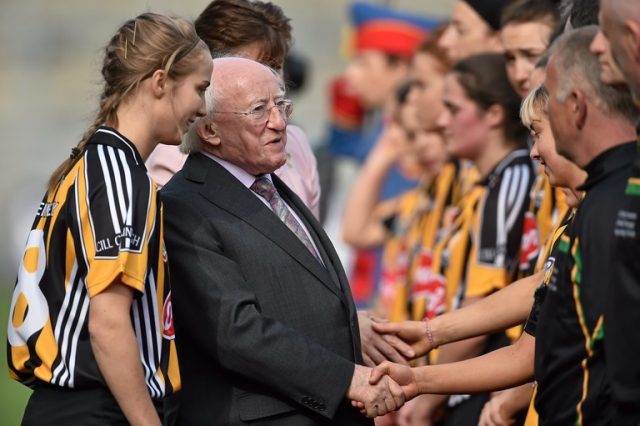 By then, she had her trip Down Under planned, initially for the customary 12 months, with the intention to return and step back into life as she had left it, sport included. But she loved it there and Gaelic games remained central to her existence. It was only last year that the hiatus ended.

I was always coming back. (My sister) Lorraine was expecting Iarlaith in April so I just stayed on an extra six months. Just to give them a hand, with being far away from home and that.

I had planned on coming home for (my cousin) Elaine’s wedding that July but ended up staying on an extra couple of months because that was cancelled (due to Covid).

The irony of it all, if it wasn’t for the GAA I wouldn’t have made as much friends and stayed as long. The GAA probably kept me longer in one way. It’s massive over there if you are into GAA, it’s a big community and a great community to be involved in.

Based in Sydney, she played both codes with Central Coast and had a blast, paying the bills by working in recruitment. Fortunately, she found work straightforward to come by when stepping back on Irish soil and is in a similar role for Glanbia.

Playing for Kilkenny again never even entered Fennelly’s mind. She had been away too long and the game had moved on too far. Getting back into the groove with the club was more than enough. But when the call came, she didn’t need to deliberate.

“It was January, I wasn’t expecting it at all to be honest with you. Tommy Shefflin rang asking would I be interested and it didn’t take long to decide. It’s a great, great set-up. Two strong teams there as well. I was like, ‘Yeah,’ straight away.

“It was definitely welcome as well with Covid. It was a lifesaver in some ways. You were in the category that you could get out training sooner. It definitely wasn’t on my radar to go in. I was definitely thankful the opportunity was there. It’s been great I can’t believe the year is nearly coming to an end.

“Coming in, my level of fitness wouldn’t have been good compared to the girls on the back of winning the (senior) All-Ireland. The management (said), ‘We have a plan in place, just have patience. You will get fit, it won’t happen overnight.’

!They were very good in that respect. They were like, ‘Just trust us, there is no need to be going off doing extra yourself. Just stick to the plan.’ It felt like nearly overnight, I was like ‘I’m fit!’ Before, you are training and (wondering)… there is probably a number of elements to that, my age and running around the younger ones. But it happened, if felt like overnight. All of a sudden I was fit enough to compete.” 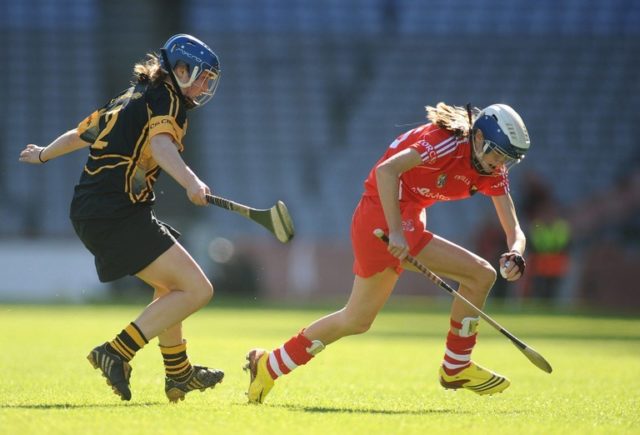 The management clearly trusted Fennelly too and it said much for what she brought that they were willing to do so. She has relished the involvement, providing leadership to a group with a good mix of youth and experience, and having fun along the way.

“It was funny, before the semi-final against Meath, we were training and one of the younger ones - I won’t name any names - she’s very funny, she was like, ‘Jeez, my body’s going to be in bits when I’m Leann’s age.’ I was like, ‘Yeah you’re right, it’s all ahead of you, enjoy it while it lasts!’”

The environment is extremely professional and in truth, Fennelly has been astounded by the support structures at the players’ disposal. Inter-county camogie, she notes, has risen countless levels from her previous involvement seven years ago.

We are lucky, it might not be the case in all counties. But anything we wanted in terms of strength and conditioning, medical, physio, actual training, it was all there for us if we wanted it. Even nutrition, psychologists.

You can tell from the level of interest... The League final and the All-Ireland last year, the standard is after rising. It’s evident in the increased following. All of the All-Irelands last year, everyone was saying the camogie was the best one nearly entertainment wise.

It maybe happened a couple of years ago when I wasn’t home. But the difference (in profile), I found there’s definitely a lot more interest. Even when I went into the job, people were aware of the teams that were in it and had watched the All-Ireland at Christmas. Long may it continue. It’s down to the level of commitment the players put in and the set-ups.

Of course Fennelly knows Shefflin well, from the Ballyhale links of her storied father Liam, a dual All-Ireland-winning captain himself for the Noresiders, who enjoyed ultimate success three times for the Shamrocks with his six brothers.

Their first cousin Mary won three camogie All-Irelands herself for the Cats, including as skipper in 1976 and went on to be President of the Camogie Association.

When Ballyhale reached the All-Ireland intermediate club camogie decider in 2014, Leann had ten first cousins on the squad. That she was part of the Mullinavat team that won the Leinster senior title that same season is down to her father’s move of yore and the implementation of the parish rule.

Not getting over the line in 2014 was an obvious disappointment as captain, with another cousin, Mags also enduring heartbreak the same day having led out the intermediates prior to their defeat.

This is a chance Fennelly never saw coming, and it is all the sweeter for that.

“Maybe it comes with experience or age or just knowing that I don’t have as many years left. I think, my perspective, going into the set-up this year was just enjoy it. It’s a great opportunity. Even going into semi-finals and the final now coming up, it was just, get out and enjoy it. These opportunities don’t come around too often. This team haven’t even got out of the group since they won the final in 2016.

“I probably wasn’t expecting to be back involved with Kilkenny Camogie. Being involved in the senior and intermediate, you got double the opportunities to play matches. Both set-ups are great, with a great bunch of girls across both.

“Now we’re in a final, It’s just about getting out and enjoying it.” 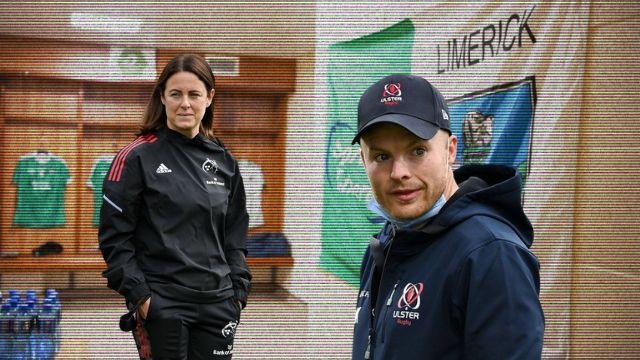 GAA
8 months ago
By Daragh Ó Conchúir
McCormick And Kelly Star As Antrim Bloom In Intermediate Camogie Final
GAA
8 months ago
By Daragh Ó Conchúir
'In Our Parish, It’s Kind Of, Play Hurling And Camogie, And Go To Mass Really'
Popular on Balls
Rugby
2 days ago
By Colman Stanley
'That Pace, That Intensity, That Organisation' All Black Legend Has High Praise For Leinster
GAA
2 days ago
By PJ Browne
Cusack Has Little Sympathy For Gearoid Hegarty After Red Card
Football
9 hours ago
By Colman Stanley
Wagatha Christie Trial Sheds New Light On England's Euro 2016 Disaster
GAA
15 hours ago
By PJ Browne
GAA President Explains Why Tailteann Cup Won't Be All-Ireland Curtain Raiser