Lee Chin Doesn't Have A Job And That's Fine By Him

"Every year it seems to be going up another level, it doesn't seem to plateau at all," said the Wexford hurler who was speaking at the launch of eir Sport's Allianz Leagues coverage for 2018.

"I'd imagine it's not the same type of schedule it was ten years ago.

"Every manager, every panel is trying to squeeze every bit out that they can in terms of performance, in terms of attitude, mental toughness; everything is that next little link on the chain. 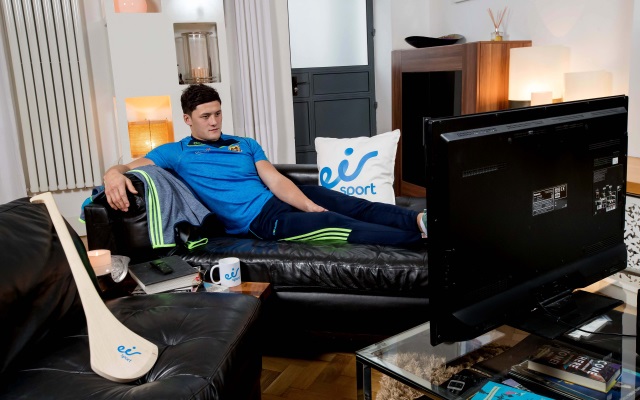 However, Chin has a great deal more time to improve his game than the majority of players - he doesn't work. That's by choice.

The 25-year-old qualified as a barber. He's previously said that the weekend work did not suit. He was also enrolled in college, twice, most recently at DIT. Chin said last year that it wasn't for him. Though, he would not rule out a return to third level education in the future.

"Well at the moment I'm at home, I'm not working. I'm happy to be doing what I'm doing at the moment, trying to live as much as a professional lifestyle as I possibly can."

For me, it's nice to be able to do something like that but I can imagine it's very, very tough for other guys who do have work commitments and especially guys that are on the Wexford panel that live in Dublin and have to do a lot of commuting too.

What facilitates Chin's current lifestyle? "Family is a big one," he says.

"My mother at home is very good. She always makes me lovely dinners whenever I want them.

"It's a choice, it's not really about what allows you to do it, it's a choice if you want to do it and make it work within it.

"At the moment, I'm very happy in terms of what I'm doing. I don't really want it to change too soon but I know, in the future, obviously, things will change but for the moment I'm happy with where I'm at.

Undoubtedly, being one of the GAA's most marketable players also helps in terms of earning an income from sponsorship deals.

Chin's choice means he spends the majority of his time training, "trying to improve on the little things".

My life revolves a lot around workouts, field sessions and training collectively but I do a lot of stuff by myself. I do a lot of recovery.