Lee Chin would prefer to see hurling left as it is rather than there be any significant rules changes made.

At GAA Congress this weekend, the black card and sin bin could be introduced along with two points being rewarded for the sliotar being put over the bar from a sideline cut.

“It is a great skill and it's great for someone to have it in their locker and great for a team to have two or three guys capable of doing it,” Chin said on Wednesday at the official announcement of Chadwicks as the naming rights partner for Wexford Park.

“To me, it's something I'm not overly gone on. It is a great skill and will encourage the younger generation to improve on it.

“If this is introduced, you're talking about every sideline cut within the 65 is going to be prepared for like a free. If there's two points rewarded for it, guys are going to be going for them.

“It's a tricky one. If it comes in, it wouldn't be the worst thing. I'd be of the opinion that if the ball goes over the bar, no matter what way it goes over, it's a point; if it goes into the net, it's three points and I'm happy with that.” 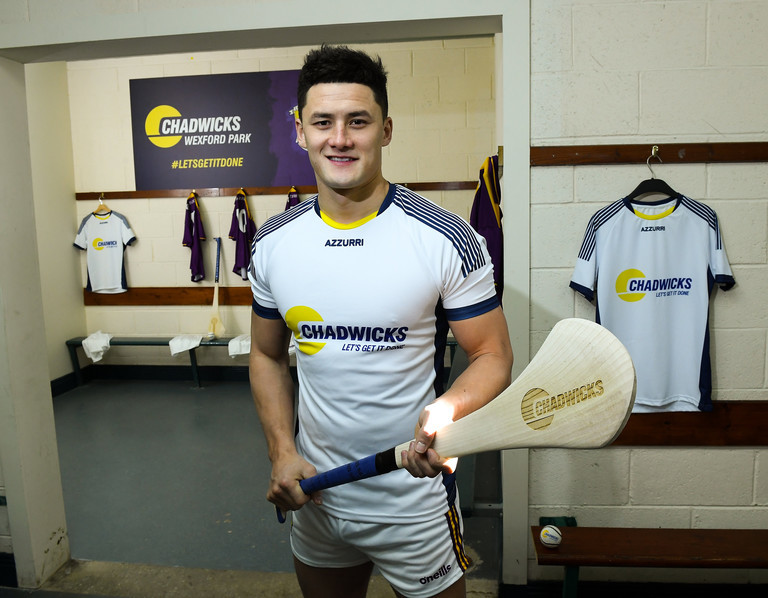 Regarding the black card, Chin said:

“It's not something I'd like to see come into the game.

“Any current player, for me anyway, I just think the game is perfect the way it is and there's no need for a whole lot of changes to be made.”

The 2019 All-Star started on Saturday night as Wexford came from two points down in injury time to beat Dublin at Croke Park. The officiating of referee Johnny Murphy came in for particular criticism following the match. Murphy awarded 50 fress in what was seen as an overly fussy performance.

“In the heat of the battle, it wasn't easy to notice,” said Chin.

“You're just taking the game as it comes. When I came off in the second half, it was something that was brought to my attention, the reason the game wasn't flowing was because of the amount of times the whistle was being blown.

“Lookit, I understand that these referees have a very tough job when they go out there to referee a game and it can't be easy for them. As players and fans, we all like to see the game flowing.”