For a side that had become accustomed to those morose journeys home from Croke Park, a Gaoth Doabhair-style celebration may have been expected. Mayo had just won their first national title in 18 years, after all.

But in the hours after Mayo's emphatic victory at Croke Park, the social media channels were dormant. Or almost anyway. The odd photo of players with the cup appeared, but nothing like the beer-fuelled renditions of folk songs that could have been anticipated. Fans revelled, players disappeared into their own milieu .

Instead of taking a few days to let that unfamiliar winning feeling sink in, Mayo hopped on their team bus, bought a few social beverages and headed back West ahead of an attempt to add more silver to their haul. That opportunity comes later in the summer. Clearly though, this is a side who believe they should be serial-winners and, as a result, are willing to act as such.

The lack of celebration is commendable. More importantly, it's a signal of intent.

Lee Keegan, a man who has been a constant through all this decade's heartbreaks, will have appreciated more than most coming away from Drumcondra with silverware.

Still, he understandably played down the relevance of the tame celebrations:

Regardless of the result, we were always going to go home. I think James [Horan] is very knowledgeable - to have a night away the night before, and to have a second night away from friends and family is tough going.
Your partners who have kids and who are married, to obviously get home to them, so we just went home to Castlebar and had a low key night of celebration and back to work on Monday. So that’s as exciting as it got to be honest.
It was nice to win, it was satisfactory to win to be honest, but I think to acknowledge our supporters that was important.
It was nice for them to embrace that and to share that moment with them, and I think our supporters are smart enough now to know that it’s only a stepping stone. Albeit saying that I think there are 5,000 of them going to New York, God help them getting tickets.

Next up for Mayo may be a rather exotic excursion - from a GAA perspective anyway - to New York, and while the travelling support are likely to live it up in the Big Apple it is nothing but a mere business trip for the squad. 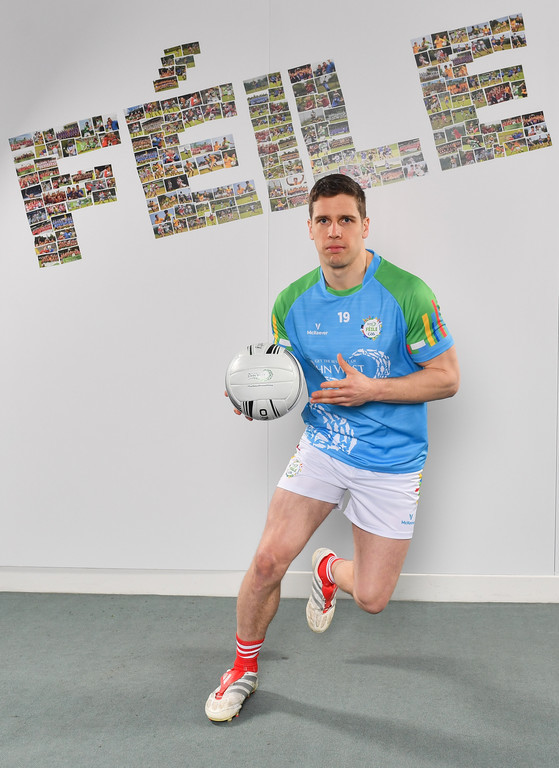 The league champions are expected to make the transatlantic trip on Thursday, May 2, three days before the game, coming home shortly after the clash at Gaelic Park. The room for extracurricular activities: minimal.

It won’t be a holiday. Hopefully, we’ll get the job done and we’ll get back into championship prep again. We don’t get told anything as players, unfortunately - just turn up and see how things are moving. We’ll probably go over the Thursday and prep as normal for our game and then take it from there.

I’ve been there in ’14, so it was definitely an eye-opener. The game might be a bit of an inconvenience for a lot of people, they just want to have a bit of a party. Yeah, but we know what we have to do. It’s important that we get our standards right. I think we’re smart enough anyway, we have a lot of experienced guys, it’s their third or fourth time going to New York, they know what it’s about.

It’s all written out for us so you just follow a guide and just go with it. I think we’ve a lot of guys who’ve experience and know how to deal with that, they’ll be passing that experience to the younger guys who maybe haven’t experienced that before.

After their league campaign, the Westerners have been catapulted back into All-Ireland contention, especially considering they now boast the strongest panel they've possibly ever had. For the first time in years, all but Horan and his management team are clueless as to who will make the Connacht side's championship panel.

The Westport man is equally as clueless, if his words are to be believed. The former Player of the Year, indisputably, will be on the panel and thanks to some astute additions in Mayo's forward line he's likely to assume the role of the most effective man-marker in the country again.

For some, this is an attribute that stems from the extensive study of opponents; for others, it's simply innate. The half-back's aversion to studying aligns him to the latter way of thinking.

I'm very horizontal, so studying is not really my thing. You are aware of the threat. You will mark your man to the best of your ability.

I got to mark Sean O'Shea in the league final, a fantastic player, one of the best players in the league. I knew that if I didn’t get my game right for Sean, I'd get a bit of a roasting. I am a defender and it's all about stopping others from scoring rather than going up and scoring myself.

I enjoy the role even though I've had a few scary moments. I remember marking Darran O'Sullivan in a league game and he gave me a right hockeying. I didn’t go sulking about it. I took it as a positive - this is the standard of man-marking I need to get to.

Always on the look-out for the next forward he'll be keeping company, the Mayo man noticed Diarmuid Connolly making his club championship return with St Vincent's at the weekend. It led some to suggest he may make a surprise return to Jim Gavin's squad ahead of the summer, igniting hope of a possible renewal in the famous Keegan/Connolly rivalry. 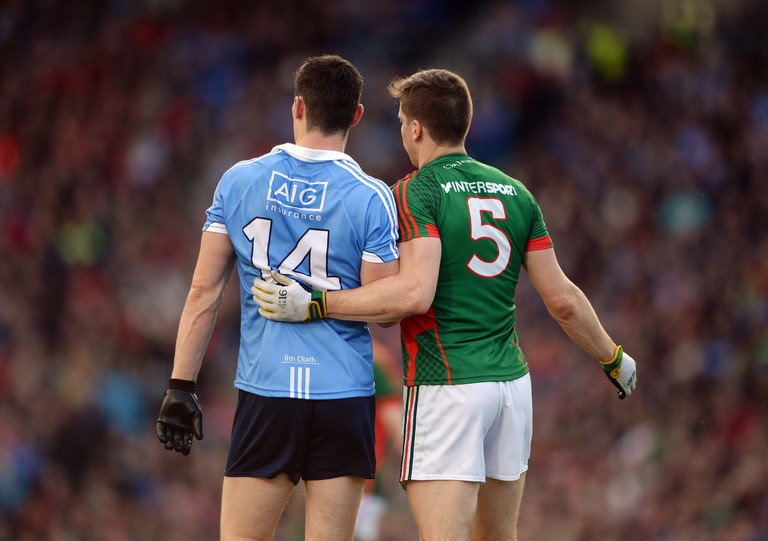 While he's keeping an eye on the exploits of his old mate, Keegan doesn't reckon he'll be in his vicinity this summer.

GAA
1 year ago
By Maurice Brosnan
What 'Frantic' James Horan Was Shouting At Certain Mayo Players
GAA
2 years ago
By PJ Browne
'I Was Wide Open There To Be Hit And I Got Absolutely Crucified'
GAA
2 years ago
By Eoin Lyons
Lee Keegan Speaks On GPS Throwing Incident From All Ireland Final
Popular on Balls
Football
13 hours ago
By Balls Team
Confirmed: Ireland To Play England In Wembley Friendly
2