Leitrim Release Statement After Conceding Today's League Match To Down

Leitrim were due to face Down in Divison 3 of the Allianz National Football League at 4pm today but the game will not go ahead after the county board released a statement saying they are unable to field a team.

In a statement on their website, Leitrim GAA said:

"Unfortunately, due to the greater health situation that has gripped the country, Leitrim GAA has found itself having to concede our Allianz League encounter versus Down today. A number of players are awaiting test results and unavailable to travel.

"Other factors also prevented further players from being available, considering this greater health situation, and in this course of action, we must respect this situation.

"In summation, we are unable to field a team. We are living through very difficult times in an ever-increasing pandemic situation. Leitrim GAA is acutely aware of the efforts that have been made to get the inter-county season up and running. However, on this occasion, we cannot fulfil this fixture which is regrettable. We are hopeful that our situation will have resolved itself before next weekend’s fixture versus Tipperary."

@LeitrimGAA has informed the CCCC that they will not be fulfilling their Allianz Football League fixture against @OfficialDownGAA in Newry today. #AllianzLeagues

DOWN v LEITRIM GAME OFF
Coiste Chontae an Duin have been informed by Leitrim that they cannot fulfil the Allianz Football League Fixture today due to lack of playing numbers available to travel.

The fixture is thus conceded and will not now take place. pic.twitter.com/150cDJ9MCc

Down will therefore receive a walkover. That gives them a big boost in their hunt for promotion while Leitrim will remain on three points on the table, in serious danger of relegation.

The return of the intercounty season has already been an issue of huge debate, with Fermanagh naming just three subs for their Division 2 clash with Clare today, due to their well documented Covid-19 issues.

A survey of intercounty players carried out by the GPA this week found that 52% of players surveyed want the championship to go ahead, with a further 24% wanting it to proceed, but only if the implementation of the Covid-19 protocols is improved, while the remaining 24% do not want it to proceed at all.

See Also: There's A Glorious Amount Of GAA On TV This Weekend 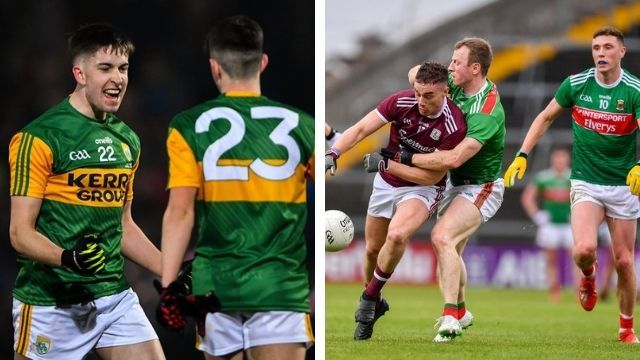