14 years on from his senior debut for Naomh Conaill and Leo McLoone is now one of the team's elder statesmen. Not that he's all that old. The secondary school teacher made his senior bow for the Glenties club aged just 16.

"I remember my first game in 2005 - it was a league game in Ardara. I remember Jim McGuinness introducing me to the panel and saying ‘It’s his first game for Naomh Conaill and he’ll be playing for the next 20 years’.

"And you’re thinking, ‘Holy God’, laughing at him thinking that’s never going to happen but here we are now."

McLoone made his championship debut for Naomh Conaill that same year, one in which they won their first county championship. It came 40 years after his father captained the club in the 1965 decider.

"It was great for those types of people," McLoone says.

There’s a lot of hurt for them older fellas too that they never actually got the club championship but I think over the years you have seen what it meant to them and to the people of Glenties.

Undeterred by the quick turnaround, Naomh Conaill managed to fit a night and day of celebrations before turning their attention to the next task. There were further celebrations at the McLoone family pub in Glenties after the Ulster semi-final win against Clontibret. 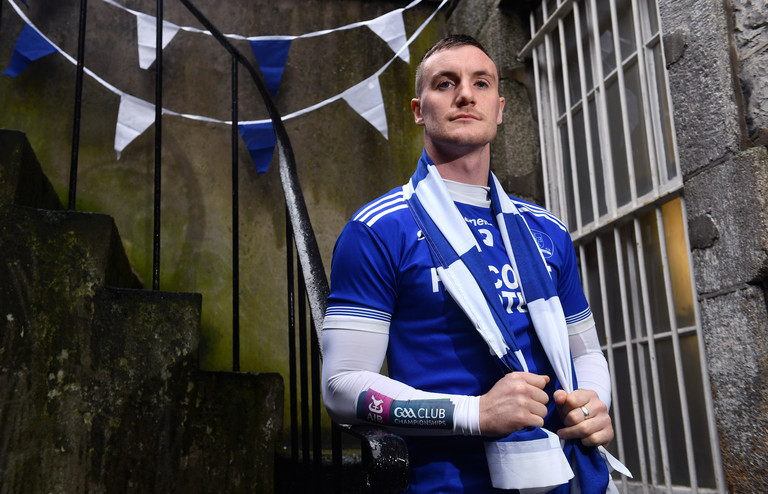 Naomh Conaill and Donegal footballer Leo McLoone is pictured ahead of the AIB Ulster Senior Football Club Championship Final where they face Kilcoo of Down on Sunday December 1st at Healy Park, Omagh. Photo by Sam Barnes/Sportsfile

"We played our first replay on a Sunday, and there was a bank holiday Monday then," says McLoone.

"We were in the water twice, we were in hydro pools, massages, meeting up like.

"It was kind of a special time really, the place was on a high. I suppose we kinda felt like we can win this too, at the same time.

"So we were nervous going into the finals, but there was also a lovely buzz looking back on it.

"It was an enjoyable time, as a team, being together. Life was on hold, really, for a few days.

"I think it was something Martin Regan the manager, said to us, 'Boys, we just keep coming back. This is number one for us. If we've to come back on Friday or Saturday, we'll do that, and we'll keep playing'.

"We won the final on a Wednesday and we went back into town until half one that night and time just all rolled into one day really.

"Thursday night we wrapped up and Friday we done a bit of a light session as you can imagine. Just a bit of a warm-up but it was good to get everyone together."

A team doesn't get through a manic fortnight like that and come out victorious without a steely spirit. Naomh Conaill is a mixture of youth and experience. From the side which lost the 2010 Ulster final against Crossmaglen, there remain seven panel members.

"It's grown over the past three years or even more," says McLoone of the team bond.

"We've got beat in two county championships previous to this. We would have come in for a lot of criticism from a lot media and whatnot for the way we play and for different things.

"We got a lot of motivation for that. Things were said like, 'We're going to make it three-in-a-row of defeats in county finals. All that stacks up in players' heads. It was a case where we didn't want to let it slip this time and we weren't going to without a fight.

"Overall, what's really important for us this year is that some of our younger players have stepped up. Ciaran Thompson has come out and led our team in nearly every game we've played.

"He's brought a cohort of younger players with him. Some fellas have come in this year and given everything. They put their lives on hold. There's boys up here [in Dublin] in college who'd be travelling home for games and whatnot, training sessions."