When the question of a two-tier championship comes up, it is said that it will help players from the smaller counties play more 'meaningful' games. But what constitutes a meaningful game?

One could assume that players would want to play against opposition that would give them the best chance of winning, but the GAA is about more than that. It's the best of our lads against the best of yours, with every county having the opportunity to take on the best of the best.

There is nothing quite like a big day out for some of the lesser counties. You could argue that a game in Croke Park counts as such, but the chance to cause a huge upset in the championship is what a lot of players strive for.

On this week's Three Man Weave, the Balls.ie GAA podcast, this subject came up. Maurice spoke to London's Liam Gavaghan, a native Londoner who is now the captain of his county. Gavaghan was part of the team who nearly upset Mayo in 2011. Despite ultimately losing the game, it is an occasion he looks back fondly upon.

That was my first year being involved with London back in 2011, it was my first championship game. It was a bit surreal with the big crowd that Mayo always bring over to London. We had a massive start that day, and come halftime we were in with a shout.

Come the end we were a couple of points up with only a few minutes to play, and you're thinking could it be? It would be a huge scalp getting Mayo, but unfortunately we went to extra time and probably ran out of legs that day and Mayo's class shun through in the end.

Look, playing against somebody like Mayo, somebody like Galway, top five teams in the country. You're trying to work off everything, on the day if things don't go right for them , they might be a bit off. That's an opportunity for us to pounce on. 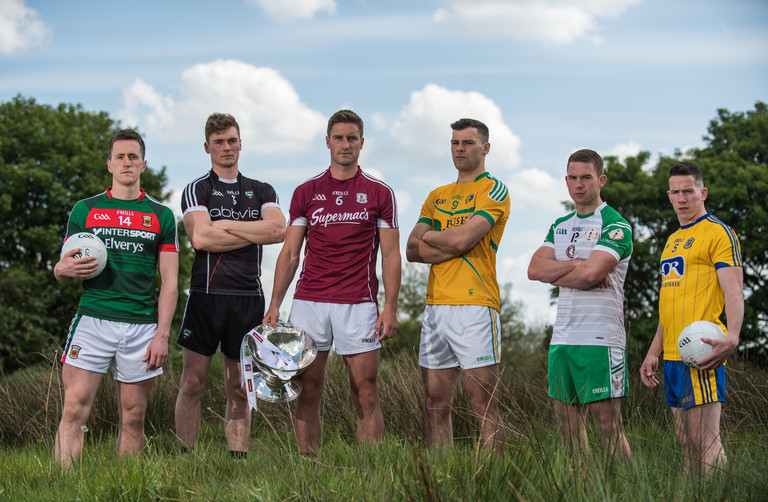 This Sunday London will take on Galway in Ruislip, hoping to go one step further and grab a famous win. As unlikely as that may be, it is something that their panel has trained all year for.

Introducing a two-tier championship could well rob London players of days such as this one, something that must be taken into consideration in any proposal. Ultimately, further separation between the have and the have-nots could have detrimental consequences in the so-called weaker counties.

I'd like more games in a championship, whether it's a two tier where you would have a second All-Ireland, I'm not so sure. At the end of the day, you still want to play against the best.

Maybe you still have your provincial championships, and then you fall back into a second-tier after that. That could be something that I would like, because obviously you want to play more games throughout the summer.

But I would still like to incorporate playing against the big teams, because that is why I play football, I like to test myself against the best and play against the best. However that works I don't know, but maybe they could come to some sort of solution...

There's big commitment put in by all footballers at all levels, and that big day out is what you strive for and what you train for. If you took that away, is the appeal really there? I'm not so sure, you might get lads thinking that the commitment is so big and what is it all for?

For me personally, having that big draw against that big team and playing against the best, it really drives me on to be the best that I can be. I think that for the reason it has to stay in some way.

You can download the podcast on Sticher, Spotify, Itunes, Pocketcast or any other podcast platform. Subscribe to the 'Balls.ie' GAA feed for extra content including long-form interviews and in-depth discussion.

SEE ALSO: The Balls.ie Team Give Their Outlandish Predictions For The Gaelic Football Championship