Two goals each from Mairéad Kavanagh and Rebecca Delee secured a second TG4 All-Ireland junior title for Limerick, who can look forward to intermediate football next summer.

The Munster girls scored three goals in five first-half minutes to pull clear of Louth, and although Kate Flood drove a Louth comeback after the break, Cliona Ní Cheallaigh and Delee ended their hopes with a couple of quick goals, while the impressive Kavanagh laid on three assists.

There was a very nervy start from both sides, with Louth off target from their first two close in frees before Flood slotted the game’s first score. Meanwhile, Limerick registered four wides and dropped another two into Una Pearson’s hands before Catríona Davis levelled matters at a point a piece in the 15th minute.

But Limerick were well on top and had played most of the first period inside Louth’s half. And in a blistering spell they put the game beyond their Leinster opponents.

The first goal arrived from Kavanagh following an assist from Davis, and her shot found the net via a deflection off Eimear Byrne. A confident Kavanagh added a great point from the right moments later to stretch Limerick’s lead, but better was to come. 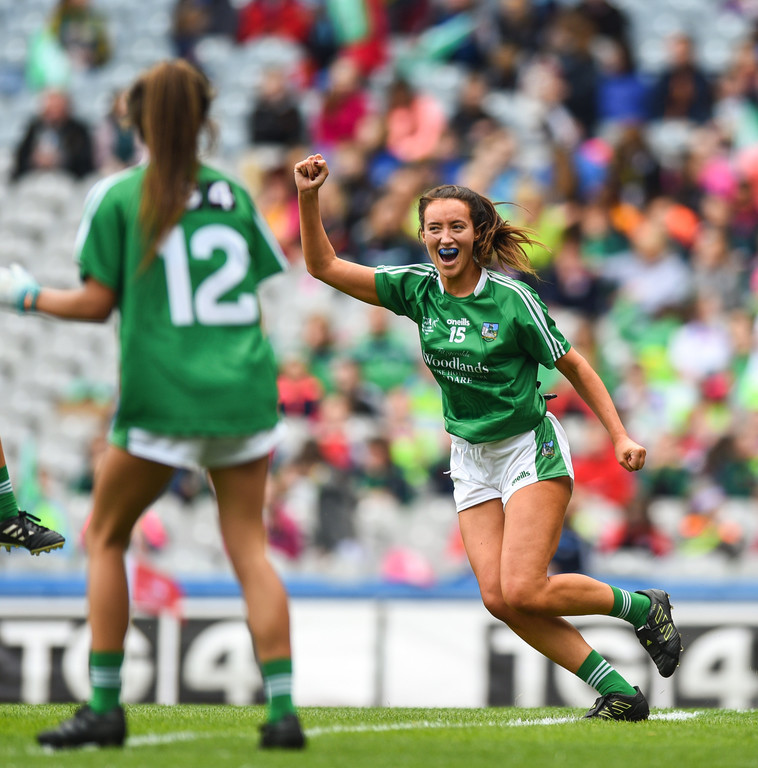 After 22 minutes a rapid exchange of passes between Davis and Kavanagh freed Delee and she rattled the roof of the net, and one minute later Kanavagh soared highest to flick Davis’s free to the net for a 3-2 to 0-1 lead. There was a hint of square ball about the goal, but Limerick were very good value for that lead, which they carried into the interval.

While Louth had tried their best to crowd out the Limerick attack in the first-half, it was their own forward line that suffered most from the tactic, and after the restart they pushed captain Flood into the full-forward line, and she kicked two of three consecutive points for her side.

But Limerick continued to patiently work the ball through the hand and with Kavanagh unstoppable up front – she laid on two goals in a minute for Ní Cheallaigh and Delee – they ran out convincing winners.

GAA
1 day ago
By Michael McCarthy
Watch In Full: Limerick Vs. Kilkenny In The 1973 All-Ireland Hurling Final
7

GAA
4 weeks ago
By PJ Browne
Watch In Full: Limerick Vs Galway In The 2018 All-Ireland Hurling Final
6

GAA
3 months ago
By PJ Browne
Watch: GAA Gold - Galway Vs Limerick In The 1980 All-Ireland Hurling Final
Previous Next