Gaelic football is in a relatively good place at the moment. After years in which the health of the sport was questioned, this year's championship has provided some cause for optimism.

Dublin seem to be coming back to the pack somewhat, something that should be truly tested as we enter the All-Ireland series.

The plague of boring defensive football has also been reversed, with teams now more open to playing a more attacking style of play. The spectacle has improved as a result.

However, are the fashion choices of inter-county players going to be the death knell of the sport? One Liveline caller believes it could well be.

Speaking on the show this afternoon, caller Tom slammed the fact that a number of Kerry players were sporting tattoos while in the county's jersey.

Here's what the caller had to say.

They're disgusting really, as far as I'm concerned.

They're wearing these short sleeve shirts to show off the tattoos. They've learned that from watching Australian football in the NFL (not a typo)...

I think they're disgusting. I'm not perfect myself, I have my faults. But any right minded person wouldn't agree with anybody wearing tattoos.

Eventually, emphysema sets in and the blood stream gets poisoned. Then you're in trouble. It can set in after two years according to medical reports. I'm not a medic but I've read about it...

I haven't any children, but if I had I wouldn't allow them wear tattoos. No way.

We wouldn't be entirely sure about the accuracy of that medical statement.

The caller would go on to describe how the Kerry players were bringing the GAA 'into disrepute', even finding time to have a go at Paul Galvin in the process.

It's bringing the GAA into disrepute. It's giving the Kerry team a bad image...

I think the President of the GAA, the Kerry manager, and the Kerry County Board should step in now and do something about it...

If they want to put on the long sleeves, I'd be happy with that...

When I was young I never heard of tattoos until I came to Dublin.

You're talking about Paul Galvin, he's not a good role. He's not a role model.

That's my opinion, but it's a lot of other people's opinions. He thinks he's a fashion icon, but I don't think he is.

The reaction to the segment was exactly as you would expect.

Joe Duffy and RTE are after letting a caller phone in and slate the Kerry players for having tattoos.. blow up this country please #JoeDuffy

Oh good god. #liveline is off to a good start. " Only Gurriers have tattoos"

Some lad ringing up #liveline to complain of the “disgusting tattoos” he saw on Kerry players playing on the telly. Any right minded person would agree 😂

We're sure Peter Keane will be straight on the phone to the nearest tattoo removal place.

SEE ALSO: Remembering 11 Of The Most Famous Inter-County Transfers 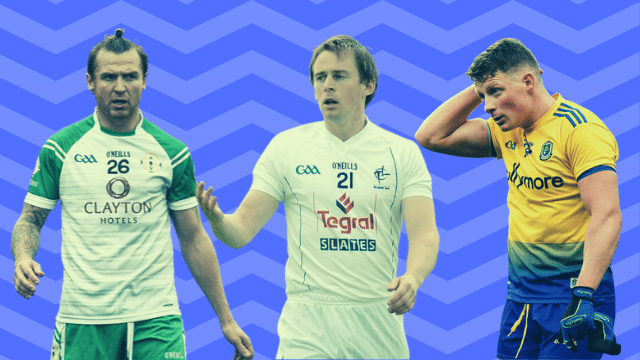