Louth GAA have announced that they've received full planning permission to develop a new 14,000-capacity ground at the Inner Relief Road, Dundalk at the expected cost of €12million.

After years of canvassing and a lengthy process of identifying a suitable new home for Gaelic Games in the county, the Louth board have now announced that they've been granted permission.

Speaking with RTÉ, Louth GAA chairman Peter Fitzpatrick said: "The task of finding a new home ground, one that suits our needs and helps us develop, has been going on since 1959. This is the best news we have received in 50 or 60 years. I was manager when we lost to Meath in that 2010 Leinster final and yesterday’s news, in my mind, makes up for that defeat and the heartbreak we had that day."

The stadium will feature a covered stand that's seated which will accommodate 4,000 people and in time, the far stand will hold a similar number. Sheltered terrace cover will provide for 8,470 fans and there will be a general standing area for 1,450 more.

Eventually, Louth GAA hopes that the capacity will increase further.

Louth GAA are delighted to announce that they have been granted planning permission for the development of our new stadium at the Inner Relief Road 🔴⚪ pic.twitter.com/GkpBq2zU8b

There will also be two match officials’ rooms - each with toilet and shower facilities - a medical room with a toilet and an office, along with disabled toilets.

As for the standing terrace that's sheltered on the opposite side of the ground, it will hold 8,470 spectators with male and female toilets, a spectators’ team room, two kiosks, three press boxes, and a storeroom.

There will also be two standing areas behind the goals, each with a capacity of 725 people.

In terms of the entrances, 20 turnstiles at the Inner Relief Road-side of the ground will cater for supporters who enter from that direction, while 10 turnstiles situated at the DkIT Sport entrance will also be available.

As for parking, there will be on-site parking for 70 cars - 24 of them being designated for disabled drivers - and two bus parking bays.

The main action is on the pitch though and the 145m x 90m surface will be illuminated by 800 lux floodlighting, which is also suitable for televised games. 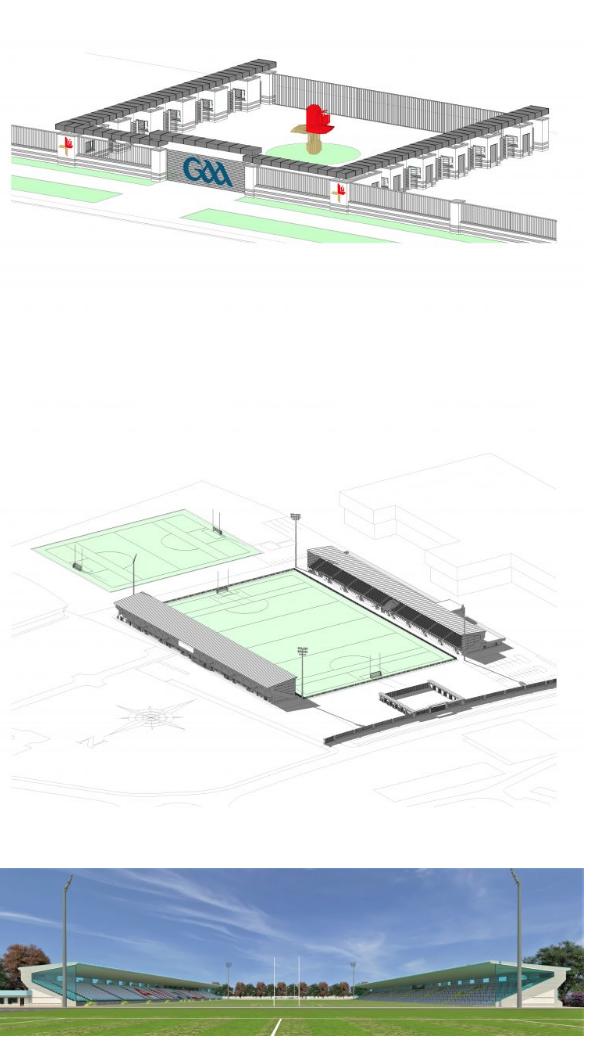 In terms of fundraising, Louth GAA have officially relaunched their 'Wee County Double House Draw' which is the county's main fundraiser for the new stadium. That draw was put on hold since the start of the COVID-19 pandemic but a new date of April 4, 2021 has been announced, where two houses are up for grabs

Louth are due to resume their Allianz League Division 3 campaign with a trip to Cork in mid-October.

We wish them the very best of luck with their new stadium.

GAA
1 month ago
By Maurice Brosnan
'He 100% Deserves A Shot At Dublin. It Is Great To See Him Get The Opportunity'
Previous Next

GAA
3 weeks ago
By Paul Moore
WATCH: Mícheál Ó Muircheartaigh Has Won The Only All-Star Of 2020 And People Loved It
GAA
4 weeks ago
By Paul Moore
What It Was Like Documenting 'The Toughest Summer'
GAA
1 month ago
By Maurice Brosnan
'He 100% Deserves A Shot At Dublin. It Is Great To See Him Get The Opportunity'
Popular on Balls
GAA
5 hours ago
By Gary Connaughton
O'Neills Have Just Dropped A Range Of Retro Inter-County Jerseys