2020 Heartbreak Was Major Eye-Opener For Antrim

A feeling that they were physically dominated in last year's All-Ireland Intermediate Camogie final defeat to Down led to Antrim players working more on their strength and conditioning in the New Year.

It was a major factor in Antrim winning this year's decider against Kilkenny earlier this month by eight points.

"It was so clear that we weren’t as strong as Down," said Antrim's Maeve Kelly, the PwC GPA Women's Player of the Month in camogie for September.

"They were bigger, physically, they were able to take the tackles. We were just falling, nearly. Any hit we got, our players were just dropping to the ground. We realised that we just had to stand up for ourselves.

"For us in our heads, it was Down because they were the big team last year. We met them twice this year, in the league final and then in the Ulster Final. We closed that gap, this year. They beat us by a couple of points in each game.

"We knew ourselves that we needed to build our strength and speed. And whenever we were all together on Zoom, we all set goals. Everyone set goals in terms of strength - to build the upper body strength, their leg strength." 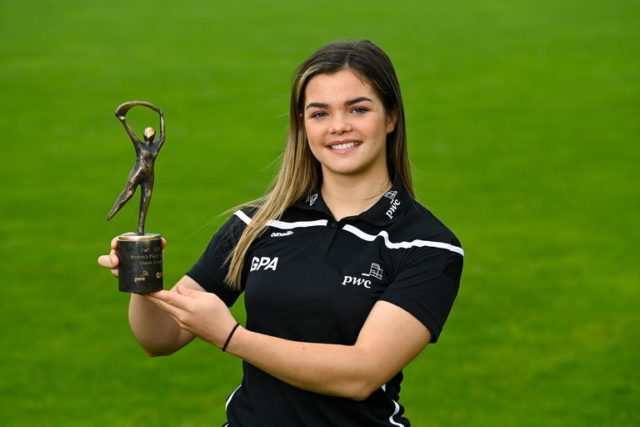 PwC GPA Women's Player of the Month in camogie for September, Maeve Kelly of Antrim, with her award today at her home club Ballycastle Camogie Club in Antrim. Photo by Piaras Ó Mídheach/Sportsfile

One of the positives from the Covid-19 pandemic was the increased live coverage of camogie games. Whereas previously, Antrim would not have had footage of their matches, they now do.

"We were able to watch them back as most of the games were being streamed during Covid," said Kelly.

Kelly knows to step up to senior level next year will not be easy.

"I think there is a big step up in terms of strength, and experience is a big thing as well," she said.

"We sort of touched on, just talking after the game, what we need to do to step up. For us, we're a young squad, we have all the skill. But all senior teams have the skill too.

"We have improved but we still do have a big gap to close, in terms of meeting Division 1 standard, but I think everyone’s up for the challenge."

See Also: Closeness Of The Tyrone Panel Is One Of Their Major Strengths 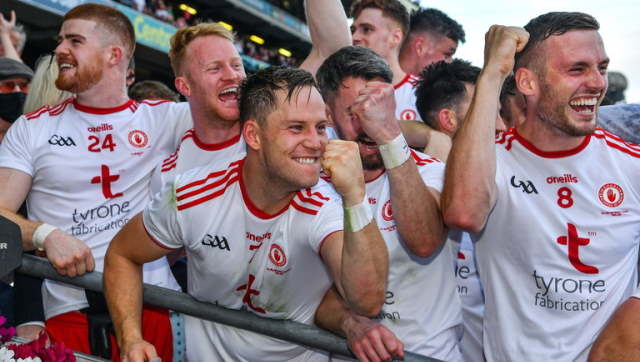