'Thankfully They Moved Down West, That’s Another Player We Could Have Lost To The Dubs!'

It was early in the second half of the Kerry SFC final on Saturday evening when reigning champions East Kerry accelerated away from opponents Mid Kerry.

A penetrating run from Dara Moynihan saw the Mid Kerry defence converge on the Spa man. The half-forward laid the ball off the David Clifford and the two-time All-Star left Stephen Cahillane rooted to his line with a bullet shot.

"I’ve looked at it a good few times since," says Kerry great Marc Ó Sé, "and Peter Crowley is near him for the goal. But I just think it’s David’s off-the-ball work. The way he uses Peter, he runs to his right, then he doubles back to the left-hand side.

"The pass in had to be good, which it was. David turns onto his right leg. You’re still thinking, ‘Do you know what here? Concede a point’. Then that rocket. There’s very little Peter Crowley could have done to be quite honest."

"This man is phenomenal," Ó Sé says regarding Clifford.

"I teach with his uncle here in school. They used to live in Dublin. Thankfully they moved down west anyway, because that’s another player we could have lost to the Dubs!

"We’ve lost enough players to the Dubs I can assure you, with the Brogans and the Fentons and the Cian O’Sullivans." 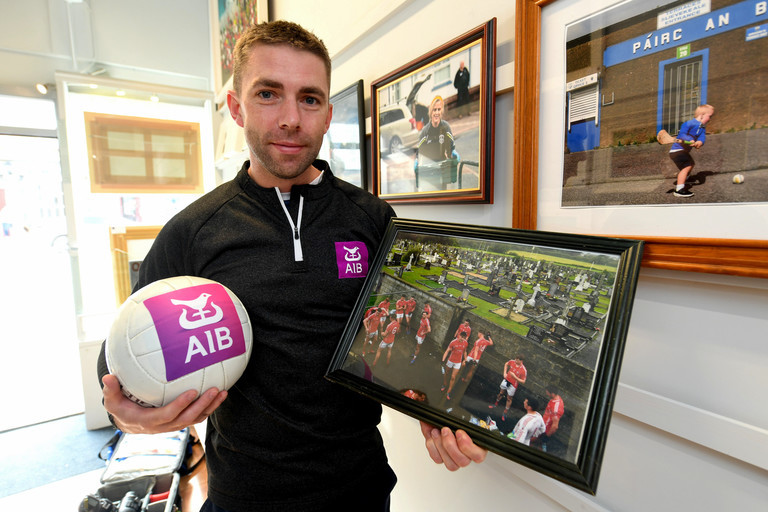 Former An Ghaeltacht and Kerry footballer Marc Ó Sé at the launch of The Toughest Season, a picture book to be published in collaboration with the GAA's official photographers, Sportsfile documenting this season unlike any other. Photo by Domnick Walsh/Sportsfile

East Kerry won their second Kerry SFC title in a row at the weekend. They are a divisional side comprised of clubs below senior level. Though he believes there could be tweaks made to the system - like expanding the number of senior clubs in the Kingdom from eight to 12 - Ó Sé is in favour of having divisional teams.

"Where would you get it that any club player in the county has a chance to win a [senior] County Championship medal, regardless of if you're a junior, if you're intermediate, if you're novice, if you're senior.

"The club that I'm in charge of at the moment, Ronan Buckley and Anthony Kennedy from Listry were on the East Kerry divisional side. If there wasn't that system, they wouldn't have got the opportunity to play at the highest level within the county."

A rasper from the @Kerry_Official sharpshooter in the county final!

The Toughest Season book will be comprised of images from January to October 23rd 2020 taken by GAA communities nationwide and those taken by Sportsfile. Fans can submit their photos by uploading them to Facebook, Twitter or Instagram using #TheToughest. The book will be published in November with the proceeds going to AIB Together's partner charities, Pieta House, Food Cloud, Soar, Alone and Age NI & Age UK. For exclusive content and to see why AIB are backing Club and County, follow us on @AIB_GAA on Twitter, Instagram and Facebook.