What a way to win the game!

Kerry are out of the 2020 championship, with Cork winning their Munster SFC semi-final after extra time in the most dramatic of circumstances at Páirc Uí Chaoimh.

It was very much a game dictated by the conditions, with neither side able to produce their best football due to the weather.

"It's like being in the shower for 70 minutes." - Ger Canning. pic.twitter.com/97tKmzybby

It was an attritional affair, one in which no side could create any kind of separation. Eventually, the game would go to extra time.

Cork seemed to have the advantage. Kerry would have to play the first five minutes or so without David Moran after he received a black card in the closing stages.

However, when David Clifford provided a moment of inspiration to get the first score of the additional period on the board you got the sense he would drag his team over the line.

Picking the ball up right on the sideline on the Cork 21-metre line, he would turn inside his man and produce an incredible left-footed effort from a difficult angle. Take a look at this:

What a point from David Clifford. Incredible in any circumstances, but especially in those conditions 👏pic.twitter.com/WKfgpjEfoK

Kevin McStay labelled it as one of the best points he had ever seen, and considering the conditions in Cork this evening, it's not difficult to see why.

The two teams went tit for tat over the remainder of extra time, but Cork would never manage to get back on level terms.

Until the final kick of the game that is.

Mark Keane claimed Luke Connolly's wayward shot a few yards out from the Kerry goal, turning to fire the ball into the net. You couldn't write a more dramatic finish.

'It's 1983 all over again!!' - Kerry are out of the championship. Here's that extraordinary late goal from Mark Keane which won the game for @OfficialCorkGAA - watch the highlights on @TheSundayGame #rtegaa pic.twitter.com/IoRBaWfxDD

This was Cork's first championship victory over Kerry in eight years, with Peter Keane's side exiting this year's competition at a much earlier stage than anticipated.

It was a huge win for the Rebel County, who will now be eyeing a first provincial crown since 2012 when they face Tipperary in the final.

SEE ALSO: 'It Was Disappointing To Be Watching At Home. It Was Kind Of Surreal' 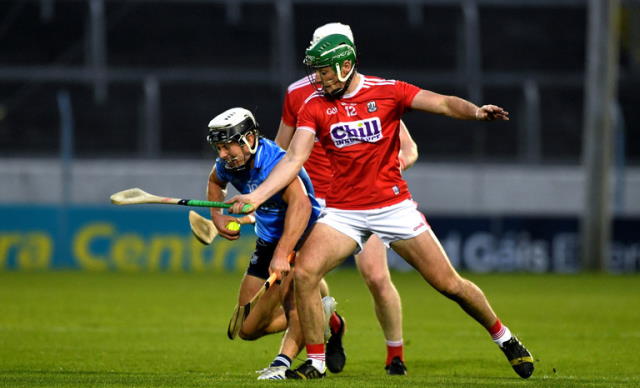