Earlier this month, Dublin suffered their first defeat in 11 months as they fell to Donegal at Croke Park.

"After every match, whether we win or lose, we’ll analyse it and see areas where we can improve," said two-time Dublin All-Ireland winner Martha Byrne.

"We felt like Donegal played really well that day, we can’t take away from their win at all, they did really well.

"But we went back and looked at areas that we could improve on and we corrected them for our match against Tipperary and we got the result.

"So it’s just a process, we wouldn’t overthink about the fact that we’d lost, we’d just look at areas we can improve and then correct them."

That analysis takes place throughout the week. "Different players would be pulled aside or even as a group, we’d focus on things we can improve on," Byrne said at a Bodibro event on Wednesday.

On the Friday before we have a match. our stats team, Clare and Shane, pull together bits and show them to us.

It’s never in a negative light, it’s more like, 'Here you should be using a near-hand tackle as opposed to a lazy tackle,' kickouts and that sort of thing, they’ll point them out to us.

Byrne's station at corner-back provides a challenge she enjoys. 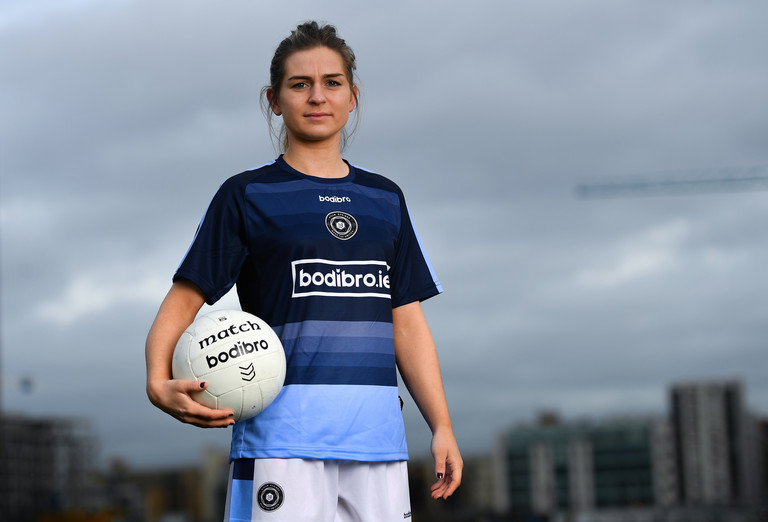 "When you know you’re going to be marking a really good forward, you try to find out as much about them as possible and really focus on not letting them score.

"Towards the latter end of the year, our stats team would help us along the way but when you’re playing against the same forwards all the time, you know bits about them or some of the girls have played against them in college and you sit down and ask ‘What’s her dominant foot?’ or ‘What does she like to do?' or 'Is she a confidence player?’ You try to get the lowdown on your player before you go into the match.

"It’s brilliant to be able to say that you marked some of the best forwards in the country."

While she considers the Donegal's Karen Guthrie and Geraldine McLaughlin, along with Mayo's Grace and Niamh Kelly to be among the best attackers in the game, some of the toughest direct opponents she's faced have been her own teammates.

"Well there’s certainly some of the girls within Dublin, even some of the younger ones coming up, their turn and their pace is just brilliant.

"I probably won’t ever mark anyone harder than Nerd [Sinead Aherne] or Noelle [Healy], just their pace, it’s great practice in training and then when you go out it’s not as daunting when you’re playing against really fast forwards.

"Our in-house games are probably harder than matches you’d play against other counties. It’s so competitive throughout the year, there’s someone constantly trying to take your position so those matches are the most important matches for us, they’re just extremely competitive."

Liam Silke: 'It’s Just A Terrible Situation We’ve Been Put Into Two Years In A Row'