'It's What Everyone Is Talking About Down Home, You Actually Can't Get Away From It'

Emotion flowed from the St Mullins players at the final whistle of their victory against Rathdowney-Errill earlier this month. For the first time ever, they had qualified to the Leinster Senior Club Hurling Championship final.

There was an additional reason for that emotion: In their quarter-final win against Cuala a fortnight earlier, selector Micheál Ryan was taken ill on the sideline and later rushed to hospital. The Carlow side had beaten the two-time All-Ireland champions but no one was thinking about celebrating.

"There were lads crying. I wouldn’t want to go through it again. Thankfully we got good news later that evening that he was coming around.

"Yeah, there was no celebrations, but we could see after the Rathdowney match that everyone brought out those celebrations after that match.

"I was in with him on the Wendesday before the Rathdowney match, in the hospital with him. He was in good old form. But he was in there for three or four weeks – fed up of it too. But obviously your health is your wealth.

"Thankfully Micheál is home from hospital now, and he was up training on Sunday morning. I don’t know what we’re going to do with him this Sunday! We’ll see what happens." 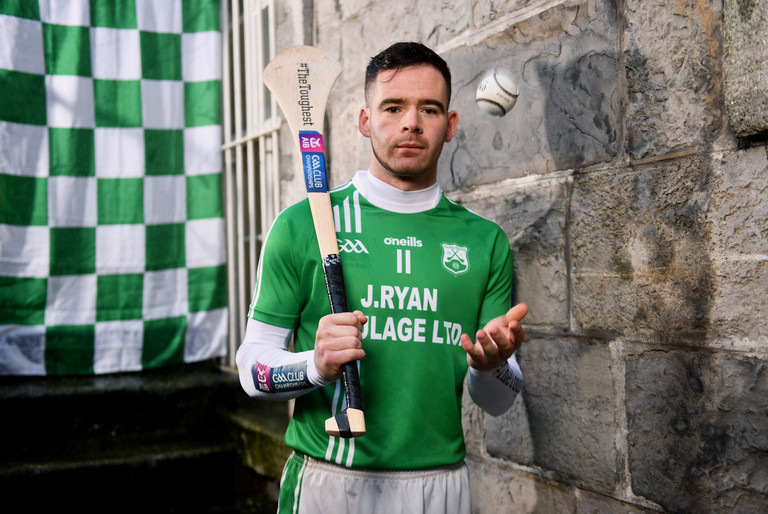 In this weekend's final, Mullins face reigning All-Ireland champions Ballyhale Shamrocks. Ballyhale are a club and Kilkenny a county which Kavanagh knows well.

St Mullins is a village on the River Barrow near Kilkenny border. Graiguenamanagh is just up the road and Rower down.

"I suppose Henry Shefflin would have been a lad I would have looked up to, definitely," says Kavanagh.

All I used to do in my childhood was go to Kilkenny matches, with my uncles and my father. It was just a thing we did.

That time, Carlow hurling wasn’t as big as it is now. We just went to All-Irelands and that, at that time. We’d support Kilkenny.

"We have huge respect for Kilkenny," says Kavanagh.

"Carlow hurling can't thank Kilkenny enough for what they've done. As a county, they've really brought us on leaps and bounds and now we get to go up against their very best so it's brilliant.

"It's well documented that there's four senior teams in Carlow so we know each other inside out. There's no real secrets. So it's important, especially for the club lads when we're playing all county, that they're playing these matches in February, March, April, May and June.

"They get to play these Kilkenny teams and it's a good standard for them as well. The club boys are back training in February, it's a long year just to play four senior matches so for them, to be able to go and play Kilkenny games, it's big for them. It brings on us as a club and them as players as well so it's great.

"And sure now (Kilkenny club) Mullinavat are in the Leinster intermediate (football) final as well so it's brilliant."

It might be Mullins' first time in a Leinster final but it is not the first time for a Carlow club. Mount Leinster Rangers beat Kilcormac/Killoughey in the 2013 decider and made it all the way to the All-Ireland final where they lost to Portumna.

"I was at all the matches," says Kavanagh.

"That was remarkable stuff as well. They won the intermediate All-Ireland two years before that and to win the Leinster senior and go onto the All-Ireland was brilliant. Them doing that gave us belief that we could do it.

"Once you get out of Carlow, you're representing Carlow as well as your parish obviously. The support we get from other clubs is brilliant. You get some amount of texts on the phone before and after matches from different clubs and people in Carlow so it's brilliant.

"We spent most of our spare time going to Kilkenny club hurling matches.

"Kilkenny club hurling is such a high standard, it's brilliant and we're only over the road. We would have seen a lot of them (Ballyhale).

"They're a star-studded team but we have savage belief in our group of players and all you can do is go out with the belief that you're here because you're good enough and that's the way we'll go into it.

"It's what everyone is talking about down at home, you actually can't get away from it. That's a good thing as well."

GAA
1 month ago
By PJ Browne
'He Didn't Make Any Reference To It At All. The Big Focus Was On The Match'
GAA
2 months ago
By PJ Browne
Fennelly Remembers Deceased Clubmates As Ballyhale Make History
Podcasts
2 months ago
By Mark Farrelly
The Buildup Podcast: Kevin Doyle, Stephen Ferris & All-Ireland Finals
Popular on Balls
The Rewind
6 minutes ago
By Michael McCarthy
We've Actually Never Seen Anything Like The Reaction To Ireland's Call-Gate
13

The Rewind
14 hours ago
By Sean Meehan
RTE Have Announced They're Airing More Classic Movies, Including 'War Of The Buttons'
9