Matty Forde says he will never work with a Wexford football team again due to his experience of being involved with one of the county's minor sides in recent years. Forde is a Wexford legend, the county's only ever football All-Star.

"I've been involved with a couple of Wexford teams," he told Tomás Ó Sé on his ‘Comhrá Le Tomás’ podcast.

"I would find it very hard to get involved with another county minor team or U20 team in Wexford.

"You'd need to keep me here for a couple of days to get to the bottom of it. We don't put as much into football as we do into hurling. They (the Wexford county board) might disagree with that, but they don't.

"It's very frustrating. I was involved with a minor team a couple of years ago. There are probably four or five of them who played [against Dublin], which is nice to see them coming through.

"The way they were treated was nothing short of disgraceful. They were like second class citizens. That was me finished."

The 2004 All-Star joined Paul Galvin's Wexford management team when the Kerryman took over as the Model County football manager in 2019. He now says that's a move he regrets, as he had said previously he'd never go back.

"I know when Paul took the Wexford job two years ago, I went in with him, reluctantly," said Forde.

"I pulled out of that of my own accord. I was actually working driving a government minister at the time, and the hours... it was just ridiculous.

"I know Paul has since left as well. I kind of half regretted going in with him from the point of view... I said I'd never go back, and at this stage, I definitely never will.

"I'm happy enough doing a bit with my own club (Kilanerin). If the right opportunity came up with another club, I would do something, but I'm more than happy working away with my own lads.

"I have three or four nephews players, and a couple more on the way who are probably going to play. There are lads you would have played with, and lads who would have lived beside you, friends and neighbours. I'm happy enough working away with them. I'm putting something back into the club that did an awful lot for me.

"County stuff is not on the radar, and I don't think it will be." 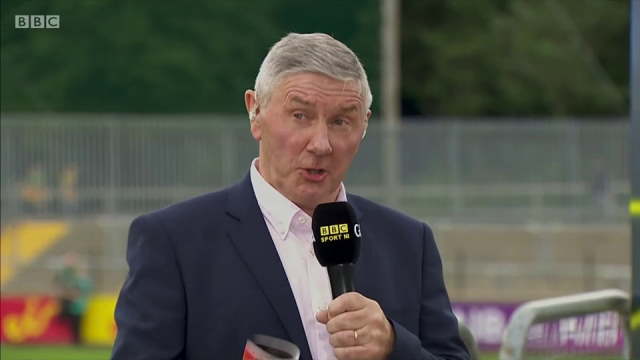