'I Dream About Playing With Waterford Again. It Will Probably Never Happen'

In his sitting room watching last year's All-Ireland semi-final between Waterford and Kilkenny, Maurice Shanahan rose to his feet and gave a fist pump when Stephen Bennett struck a crucial goal for the Deise.

Then the thought hit him that the previous year he'd been coming off the bench for Waterford, and not watching them on TV. He had to step outside and take a bit of time to process the reality that Waterford were in an All-Ireland final, and he wasn't involved.

In October 2019 came the surprise news that Shanahan - an All-Star just four years previous - and Noel Connors had been dropped from the panel by new manager Liam Cahill.

"It was definitely strange at the start," says Shanahan ahead of the Darkness Into Light 'One Sunrise Together' on May 8th.

"It's probably strange still to be honest with you, when you see lads there going off training. You'd love to be going off with them still.

"Myself and Noel, we gave 10 years at it. Deep down, we always wanted Waterford to win an All-Ireland - 110 per cent. But it probably would have hurt both of us too if they did, call a spade a spade.

"The first year we're gone is always the hardest year. It might be different this year going forward. But no, it would have hurt me a small bit if the lads won it last year. But by God, that didn't mean I didn't want the lads to win, because I have some great friends on that Waterford team, the likes of (Kevin) Moran and Austin Gleeson, Pauric Mahony, Philip Mahony, them lads. Conor Prunty, all them.

"I texted them last year before the matches, wishing them all the best of luck. Deep down, hand on heart, I wanted Waterford to win. Would it have hurt me a small bit? Of course it would. But that's just normality."

Shanahan is absent but not retired. If the call was to come from Cahill, or another manager in the future, he'd probably take it. Though, he's realistic about the chances of that happening. 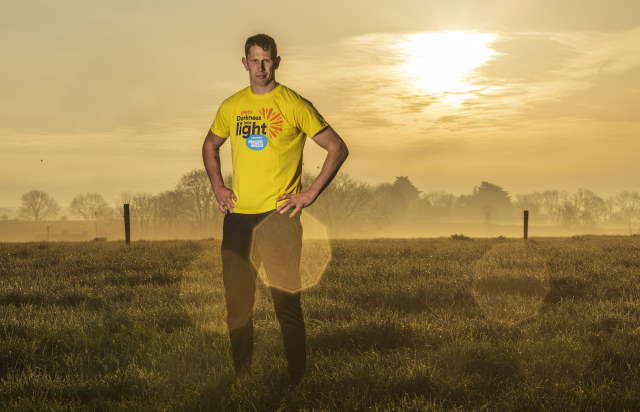 Pictured is former Waterford hurler, Maurice Shanahan, who has teamed up with Electric Ireland to invite the public to join them for a special ‘One Sunrise Together’ for Darkness Into Light on Saturday, May 8th, in order to raise vital funds for Pieta’s lifesaving services. You can sign up now at www.darknessintolight.ie

"I'd never turn my back on Waterford," he says.

"I'm not getting any younger, that's the only thing. I'm 31 now. People are saying the sport is getting younger every day.

"Last year when Liam rang me and told me that I wasn't part of the plans going forward, I said 'Leave me retire on my own terms'. But I slept on it, and I said 'No I'm not going to retire'.

"You never know. A new manager might come in next year and he might see you as part of his plans, and things might be different. You might go back and give it a year. I dream about playing with Waterford again. It will probably never happen to be honest, but I would like to play with Waterford again."

Shanahan's performances for Lismore in the Waterford championship have kept him on the county radar. Last year, he hit 2-17 against Fourmilewater in their opening game and 1-11 in the quarter-final against Abbeyside.

He did so with his brother Dan - the 2007 Hurler of the Year - in a dual role as selector and player.

"Probably!" says Shanahan when asked if Dan will be togging out for his 29th season of senior hurling with Lismore.

He's back training anyway, doing Zoom calls and that kind of stuff at the moment. His name is still on the Whatsapp and I'd say in five years time, his name will still be on the Whatsapp! We just might have to get the admin to delete him I'd say because he'll never walk away from it.

While a return to the Waterford panel remains an ambition, there is also one with the club.

"If you're looking at it really, it probably is the end of the road for me [with Waterford]," he says.

"But I'll never give up on it.

"All my effort and training is for my club Lismore. I can't wait to go back, because as a young boy growing up all I wanted to do was hurl with Lismore. If we could win one county title with Lismore it would be a dream come true." 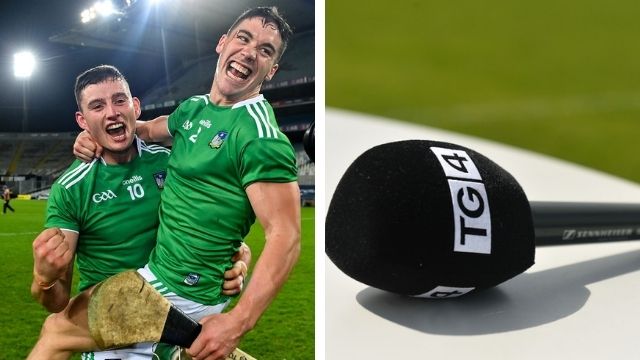 GAA
2 hours ago
By Balls Team
A Tribute To 10 Of The Toughest Men In History Of The GAA
GAA
4 days ago
By Eoin Harrington
Watch: Mayo Goalkeeper Scores Point From An Almighty Distance
GAA
4 days ago
By Michael McCarthy
Quiz: What GAA Counties Do These Celebrity Namesakes Represent?
Previous Next

GAA
2 hours ago
By Balls Team
A Tribute To 10 Of The Toughest Men In History Of The GAA
GAA
4 days ago
By Eoin Harrington
Watch: Mayo Goalkeeper Scores Point From An Almighty Distance
GAA
4 days ago
By Michael McCarthy
Quiz: What GAA Counties Do These Celebrity Namesakes Represent?
Popular on Balls
Snooker
22 hours ago
By Gary Connaughton
Graeme Dott Says He Changed Views On Ronnie O'Sullivan After Touching Phone Call