After Mayo lost the All Ireland final, Anne-Marie Flynn resorted to black humour for comfort. 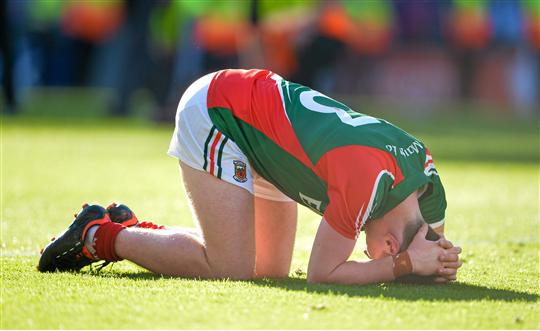 The rise after the fall: Mayo fan Anne-Marie Flynn reflects on her own All Ireland weekend – the anticipation, the excitement, and the desolation. Yet as she explains, she still can draw hope....

It’s Tuesday, and the dust has finally settled after another All-Ireland final weekend.

It’s funny. You spend so long in the weeks leading up to the big day fervently wishing the hours away, only for the day itself to pass you by in a whirlwind of colour, noise and crowds. Before you know it, the final whistle has gone, and - if you’re from Mayo - you’re left reeling once again with the bitter, stinging slap of loss.

It’s hard to write this. It’s not what I anticipated writing in the aftermath of Sunday’s game, and it’s difficult not to resort to tired old clichés in an effort to describe once again the pain of losing. After all, it’s not the first time we’ve been here. There’s nothing really new to say. Apart, of course, to heartily congratulate our Dublin friends on their deserved win. It wasn’t pretty, it wasn’t as stylish as it could have been (despite valiant efforts by Aidan’s Fringe), but once you have Sam in your possession, none of that really matters. Winning is everything, and our opposition proved that, once again, they had just a little more in the tank than we had to finish the job. While there is plenty of controversy to debate in the aftermath, no right-minded sports fan would begrudge this excellent Dublin team their victory.

I was right about one thing, though. This year was different. In terms of the belief Mayo brought with us to the final, our approach and our defiance, throughout the year, Mayo held their heads high and fought to the end. From Friday evening, the colours started appearing around the city. Saturday, we grew in stature and early on Sunday morning, the city was ours.

This was a build up like nothing I have ever experienced, full of promise and anticipation. 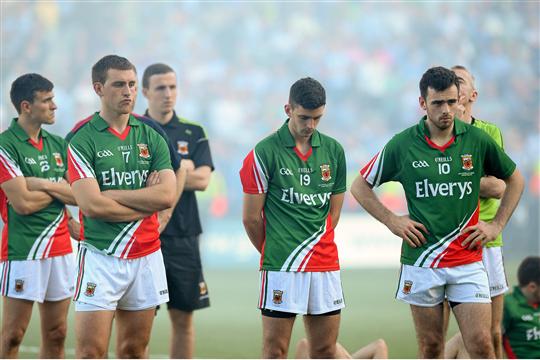 The welcoming home of friends and family from across the miles. The meeting and greeting old friends and new. That belief carried us into Croke Park from 12.30pm on Sunday, through the ecstasy of a superb victory for the Mayo minor team, who brought the Tommy Markham cup home for the first time in 28 years, right through to the end of the senior final, where we just failed to cross the line. So near, and yet so far.

While the hurt and frustration of knowing that this was a final we could have won but left behind us, will linger for a long time, the sense of pride and belief we feel in that panel of players and management will not waver. They’re our own, and they are hurting far more. So yet again, in Mayo we turn our thoughts to next year. We’re getting closer, all the time.

It’s suggested that there are five stages of grief after a terrible event; denial, anger, bargaining, depression and acceptance.

From what I’m reading and hearing, it’s probably fair to suggest many Mayo fans have incredibly, already raced through these stages and are dusting themselves down and steeling themselves for next year’s battle. The pace of recovery is rapid, but then, we’ve had plenty of practice.
After the game, a few of us took ourselves away from the madness of Drumcondra to seek some solace and escapism on the south side of the city. As we sat in a burger joint trying to come to terms with the loss, black humour won out. 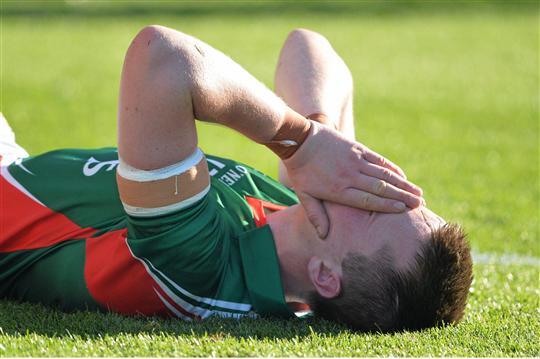 We debated storming the pubs and clubs in a conga line of celebration. Pretend we’d won the damn thing anyway, ignore the dissenters and party like it was 1951. If we were going to lose our minds following Mayo GAA, we may as well do it properly and get a decent night out of it. (We didn’t.) Sam Maguire, we also concluded after an in-depth analysis, is like that certain someone you’re really into, but who’s blind to your existence. Instead, he’s blinded by the glamour of the more … forward counties.

The Kerrys, Donegals and Dublins with their flashy tans and flashy forwards. Oblivious to the charm of the quieter, more reticent but infinitely classier Mayo.

Anyway, if we finally got him, would we really want him in the end, after all that, we wondered? He strikes me as a bit high-maintenance, if I’m honest. All that polishing, and stuff.

Anything to raise a smile. As with a real-life tragedy, humour is a healing balm.

I said before that football is more than just football in Mayo. It’s about far more than sport. For many in the west, these days form part of our very identity and when we lose, our own self-belief is rattled. While the sneering of some of the victors’ supporters on Sunday – a very small minority of what was an overall very decent, warm and generous bunch, I hasten to clarify – while it was hard to take, the patronising platitudes are far harder to swallow. We don't want words of sympathy or pity. We just want a bloody win, so we never have to hear them again. 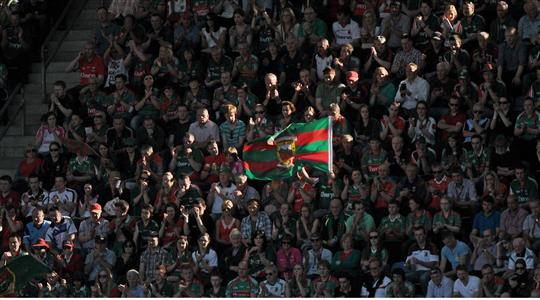 But we have had two glorious years of celebration and hope and dreams, and we have had September football that many would kill for. And so the words of Samuel Beckett come to mind. “Ever tried. Ever failed. No matter. Try Again. Fail again. Fail better.” So do those of Elbert Hubbard. “A little more persistence, a little more effort, and what seemed hopeless failure may turn to glorious success. There is no failure except in no longer trying.”

We’ll keep trying. And one glorious day, we won’t fail.