It started with a bang.

Mayo and Armagh's do or die clash in MacHale Park kicked off with a thundering opener as both sides exchanged well-worked goals in the opening minutes.

Some smart passing leads to an early goal for Rian O'Neill of @Armagh_GAA pic.twitter.com/Ut8tTEJKqf

With Castlebar rocking and Mayo in need of a response, inside forward Andy Moran got on the ball and fired a beautiful pass across to Fionn McDonagh who smashed the ball through Blaine Hughes legs.

An instant response from Fionn McDonagh of @MayoGAA What a start to the game! pic.twitter.com/ibUN7zoe00

It was precisely what Mayo needed. 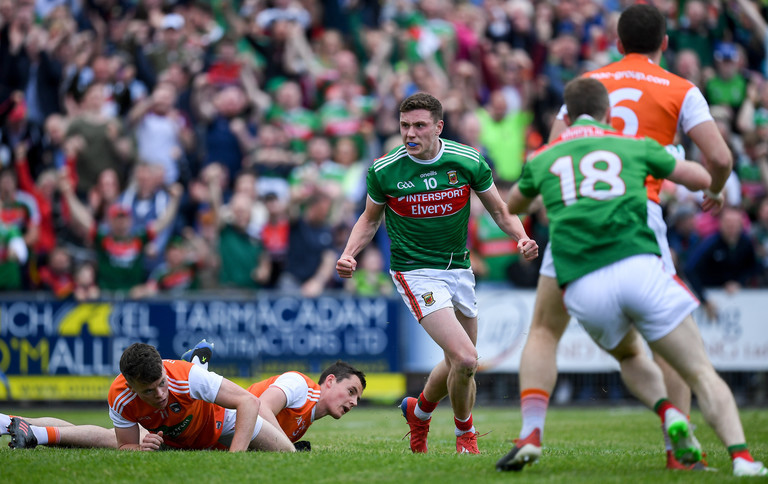 Speaking on Sky Sports, sideline reporter Senan Connell said that the Armagh management were unhappy with the decision to award a free to Mayo in the build-up to the goal. Nevertheless, it stood and the game was alive.

GAA
11 months ago
By PJ Browne
'Crossmaglen Would Be Very Similar To Kerry. It's Football, Football, Football'
Popular on Balls
Football
9 hours ago
By Gary Connaughton
Callum Robinson Is Living Proof Irish Players Must Be Brave In Transfer Market
9