Domination. A second-half blitz tore Mayo asunder and left Dublin on the verge of history. After 75 minutes it finished 1-10 to 3-14 but it was over long before then. Dublin did what Dublin do. Moving through the gears until no one can live with them.

At the heart of it all was Raheny's midfield colossal Brian Fenton. His emergence coincided with Dublin's roar into the game. He finished with 1-1 but his fingerprints were all over this exhibition.

Speaking on Sky Sports, former Kerry footballer Kieran Donaghy hailed the 26-year-old as one of the greatest ever.

It's just how big and how quick he is. He is a freak of nature. I don't think Darragh O'Se, Jack O'Shea, Brian Mullins all the way back. I don't think any of those fellas would fancy marking him. He is the full package.

There is a reason Dublin haven't lost a Championship game since he came on the scene. A midfielder who came into the team like that and dominants like he does.

Matthew Ruane emptied the tank on him for the first 35 but even he was eventually worn down. Fenton now stands with 3-8 to his name this summer and that's only the tip of the iceberg. 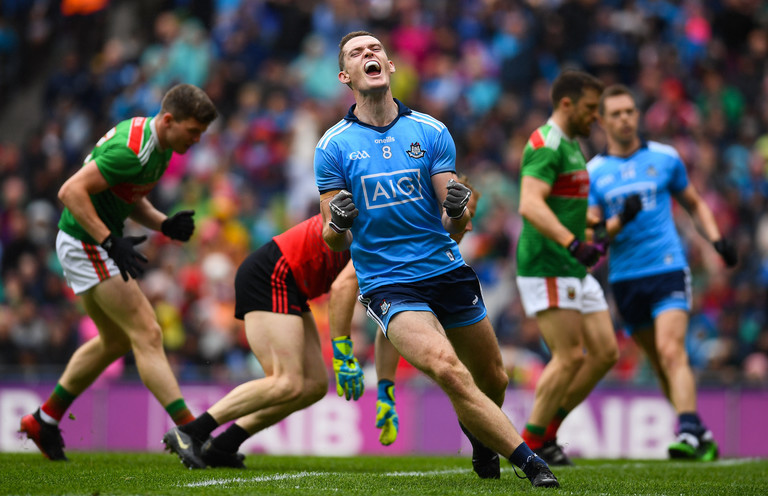 It is a marriage of athletic ability and technical proficiency. Brutally effective on both sides of the ball. A midfield masterclass maintained across the course of successive championships.

In 2018 he was voted PwC Footballer of the Year. His 2019 form has ensured he is in that conversation once again, all the while powering his county towards the historic feat that is the five in a row.

Since the award's inception in 1995, no player has won it back to back. History, in every sense, beckons.

GAA
4 months ago
By Maurice Brosnan
'If I Took A Break But Stayed Here, You Don’t Get Away. You Would Hear Talk Constantly'
4

GAA
5 months ago
By Maurice Brosnan
The Final Round Of The Balls.ie 2019 Rolling All-Stars
Previous Next