We begin our Mayo Dublin preview with a piece from Anne-Marie Flynn. 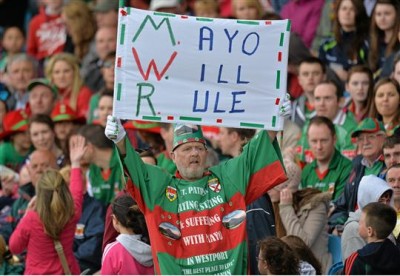 Anne-Marie Flynn is a Mayo native and 2013 Blog Awards nominee caught on the wrong side of side of the battlefield. She lives in Dublin at present but still bleeds green and red. She has taken the time to pen a few words for the start of our Mayo Dublin preview on the nervous anticipation every fan is feeling as they look forward to next weekend's All Ireland final.

Will James start Andy? Will Cillian’s shoulder be match fit? Will Ger Caff’s defence put manners on Bernard Brogan’s attack? Can Al Freezer replicate his magnificent performance of August 25th? Will the man in black, Joe McQuillan lend the Dubs a helping hand? Most importantly, will Aido’s Fringe once again defy gravity and last the pace?

These are just some of the many questions occupying the minds of Mayo GAA supporters in the lead-up to the All-Ireland Football Final on September 22nd.

We’ve been here before. Oh yes. For the uninitiated, this will be Mayo’s eighth appearance in an All-Ireland senior final since 1989 (infamous ’96 replay included). We’ve gone home empty-handed seven times. We’re no strangers to the pre-match build-up. We know how to decorate a town, make a decent round of sandwiches (that will last us ‘til the breakfast in Feerick's) and paint a car or sheep or two. But despite some decent efforts, we’ve not seen Sam Maguire since 1951. And we’ve fallen down disappointed, and picked ourselves back up, year after year. 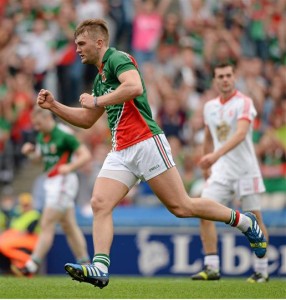 There’s a new air of confidence in Mayo. Instead of apprehension, there’s expectation. That this is our time; that we can do it this year. It’s hard to explain. For a long time – probably since 1996 - there’s been a certain fear associated with Croke Park on All-Ireland day. Lots of talk of the so-called “Curse of ’51” (a tale which is tenuous at best, but eternally tedious).This year, it’s different. We have a team that’s proved itself ruthless, creative and mentally strong. A team to believe in. And for the first time in a while, there’s a tangible sense of belief in the county that this is finally our year. Now or never.

There’s probably no senior football team in the country that has ever carried this weight of expectation in to a final. It’s a huge burden to place on the shoulders of a young team. But that’s Mayo for you. Always demanding, never losing faith.

Watch: Surely The Most Unique GAA Song Of The Summer

Mayo, for all its rugged beauty, has its problems. It’s been hit hard by the economic crash, and emigration and unemployment remains high. It has one of the highest suicide rates in the country. But there’s an extraordinary, fierce sense of pride in the county. Football is more than just football in Mayo. It’s in the blood. It’s transcends the bad stuff, and brings people together. It’s all-consuming; this week, if you’re not talking football in Mayo, you’re not talking. And Mayo badly wants the win. So once again the flags are flying high, the cars have been spray painted, the Mayo songs are peppering the airwaves fourteen of them at last count) and the sheep are green and red. There’s a sense that this time, it will be different. 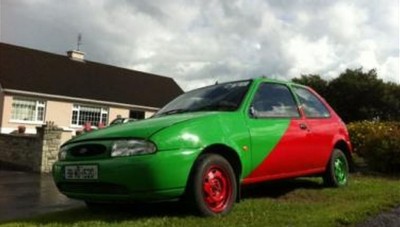 And there’s the ticket hunt. It’s an eye for an eye and every man, woman and child for themselves. Grannies for sale all over the shop. “Any tickets?” is the current refrain on all Mayo lips, regardless of whether you’ve gone to buy a loaf of bread, open a bank account or get a tooth out. No-one wants to miss this one. Desperation is growing by the second. Begrudgery reaches new levels in the ticket hunt. “Sure that wan will have no bother getting her hands on a rake of tickets. Wasn’t her husband’s aunt-in-law’s brother on the county board for years?” Rumour has it the queue for the ticket draw outside Ballina Stephenites started back in late August, with some of the returning semi-final support only stopping off at home for a flask of tea and the sleeping bag before setting up camp in the stand. Willy Wonka’s ticket hunt had nothing on Mayo’s. Expect bloodshed.

Read: 9 Weird Things GAA Supporters Have Worn Down The Years

And what of the opposition? Well, they’re fierce quiet altogether. A Dublin team within a sniff of a final usually guarantees a minimum three tabloid pages daily, with a souvenir poster every Wednesday and enough car stickers to wallpaper the SUV with. This year, the Dubs are conspicuous by their silence. One suspects they’re happy to watch the Mayo hype machine march on, while they do their own thing in the background. Living in Dublin, I’m onto their plan. The only flags in south Dublin suburbia are green and red, and there are no round bales or sheep painted blue in the immediate vicinity. Only stickerless SUVs. One would think South Dublin didn’t even know there was a final coming up. Very odd, altogether.

Out and about in Dublin, however, there’s a bit more happening. Car flags are an instant source of solidarity on the roads. A lady I met almost drove over a dog (and its owner) last week in the SuperValu car park, such was her eagerness for a car flag high-five. Dublin taxi drivers in particular love the old car flags. The day Dublin played Kerry, I was stopped at the lights at O’Connell Bridge, the red and green on display, when a blue-jerseyed taxi driver across from me motioned for to roll down the window. “Who d’ya think will win today?” he bellowed across two lanes. “Who do YOU think will win?” I shouted back, deflecting the question, Mayo defence-style. “Jaysus”, he said. “I hope Kerry do. Better for business later!” And with that, he sped off, with a friendly beep of the horn and flutter of the flags. Top fella.

So with ten days to go, there’s nothing to do but wait. Wait, and dream, and analyse, and debate, and argue, give out about the county board hiding the tickets and dream some more. Anything to quell the nerves and make the day arrive faster. Maybe light a few candles and say a few novenas that a ticket will appear. And say a few more that this time we’ll finish the job. It’s now or never. Maigh Eo Abú!

GAA
2 days ago
By PJ Browne
Can You Get 9/9 In Our Quiz Of The Club GAA Weekend?
GAA
1 week ago
By PJ Browne
'It Was New To Me In Terms Of The Exposure - The Tweets, The Negativity'
Previous Next