We've all had that thought while watching the annual NFL Combine: "I wonder how I'd get on at that?"

For those unfamiliar with the Combine, it's a yearly event where college level American football players showcase their physical and mental skills in front of NFL coaches and scouts. The event consists of various challenges, such as the broad jump, benchpress and the famous 40 yard dash.

Fed up with just wondering how they'd get on, a handful of Meath senior footballers decided to actually do it. Meath corner back David Toner enlisted the help of some of the players from the Meath Bulldogs American football team, as he and his teammates, Cillian O'Sullivan, Conor McGill and Gavin McCoy faced the challenges.

They took on the benchpress, the 40 yard dash, the 20 yard shuttle,  the broad jump, the vertical jump and the gauntlet drill. Here's how they got on: 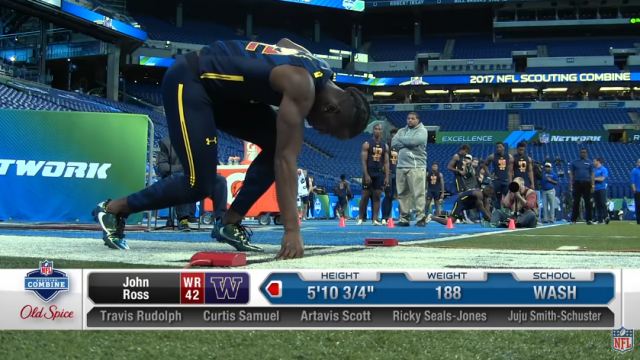