An Olympic Games and an All-Ireland final: that's the big ambition.

Such notions, in some eyes, may be considered as nothing more than a pipe dream, and understandably so; familiarise yourself with the resume of Dayna Finn however, a 19-year-old who can transition seamlessly from the laminated flooring of a basketball arena to a GAA pitch, and the notion isn't quite so far-fetched.

Juggling sport and studies is difficult, no mind sports at an elite level. And yet, the Mayo dual star, currently studying at NUI Galway, is doing just that, but in two vastly contrasting disciplines.

As another summer of sport beckons, Finn is preparing to throw herself into the midst of an unenviable juggling act, eyeing up the under-20 European B Championships in Kosovo and the GAA championship campaign closer to home with Mayo.

Not that it was ever planned that way. 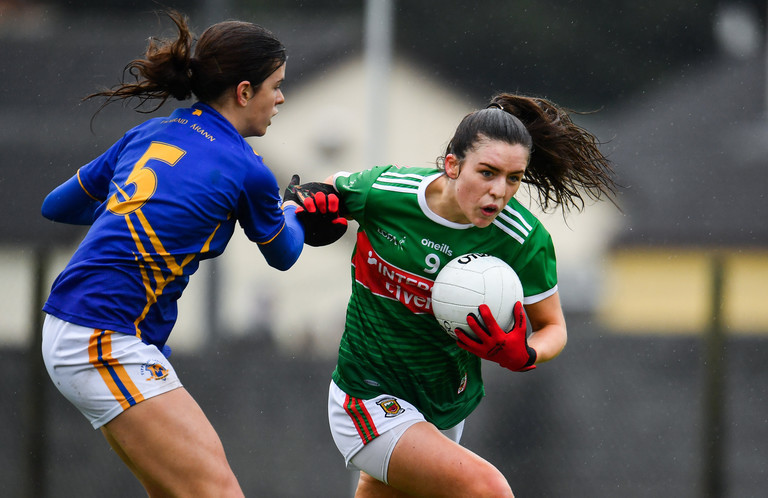 "It had never been my intention to go for trials or anything," recalls Finn when looking back on an unexpected call - nearly 18 months ago now. It was Peter Leahy, the new Mayo manager.

"When the opportunity came up I said I'd go for it because it was a brilliant opportunity. And I never looked back."

While Finn has developed quite the reputation as a central component in a young and developing Mayo squad - a commanding and athletic presence at midfield - since that call, a similar reputation had been sealed long ago on the basketball court. And this summer, once again, she will attempt to find the right balance as she captains the national side on the continent and helps Leahy plot a way back to the All-Ireland showpiece in Croke Park.

Naturally, as with all sports, sacrifices must be made. But the sacrifice at the forefront of the Finn's mind is being unable to devote herself fully to both causes.

I would love to give it 100 per cent for Peter, as I would for basketball, but it's simply not possible. I hate missing out on training and that but it has to be done when I'm trying to juggle both. But it is reassuring.

I just take every day as it comes. I don't worry too much. Obviously, I might need to decide down the line..."

A pause mid-sentence suggests the obvious - it's a decision she hopes she'll never have to make. For now though, she's content ditching the worry by the curb.

"I just take it as it comes at the moment. I wouldn't worry too much because at least I have both, instead of just one."

Anyway, her present life is a doddle compared to previous experiences, in her opinion at least. College life, to an extent, almost scaffolds her ambitions as an athlete.

I'm so used of it, growing up in sport, and doing it during the Leaving Cert when it was probably the toughest. I knew what I was getting into, plus I have a lot more time between classes now to gym and, in the evening, to get away from assignments or whatever.

This year, though, has probably been the toughest because weekends are like non-stop sport.

I have my own routine so I would plan a week ahead with gym and my training Wednesday and Friday, and then the weekends. So I try to get my work done in between those hours, in the morning, and in between lectures instead of going for coffee with the friends

With a Mayo side treading the waters of Division 1, an Oranmore-Maree outfit aiming for All-Ireland basketball glory and the European Championships looming in the distance, those weekends were always going to be lively. 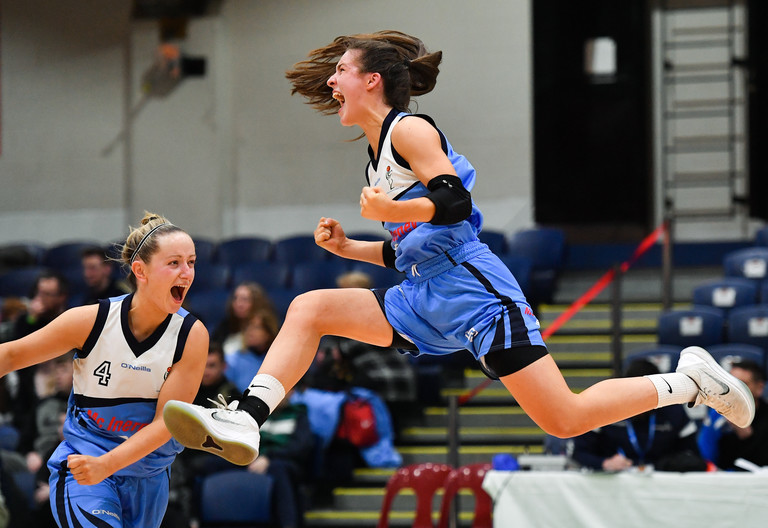 But as the league season has already pulled up for the year and having led her club to All-Ireland glory, producing an MVP performance at the National Basketball Arena in the process, Finn's attention is quickly turning to the national set-up.

The Irish under-20 team is coming up so it's going to get hectic enough again and there are going to be dates clashing, but hopefully I don't have too many this year.

The Irish team are going to Kosovo for the European B Championships so that will be the next goal. I'll be gone from the 2nd to the 11th of August; I don't know if anything will clash yet but last year I missed the quarter-final against Galway because I only arrived home the day before.

And obviously for the Mayo team, I'd like to be playing Croke Park and getting the chance to play in All-Ireland finals. We're where we want to be for now.

For all the inimitable talent, the lure of opportunities from abroad never presented a strong enough pitch to pry her away from homeland ambitions. The Mayo talent, perhaps too occupied with keeping all types of balls in the air, is satisfied with the hefty workload closer to home.

When you're younger you're just working towards where you want to be in the next few years, but the last few years have had an impact because I've been doing well, especially since the football has come along.

You may think an unending list of commitments would lead a youngster towards considering a more flexible path. It's not even a consideration - for now - for the footballer-come-basketballer-come-juggler.

"Sport is my thing; I'd just be lost without it."

Juggling it is for now then.