At this stage, Michael Darragh Macauley is as renowned for his actions off the field as he is for his performances on it. The seven-time All-Ireland winner has a host of interests outside of Gaelic football, which helps when the game is suspended for several months.

The Dubliner has always spoken about the importance of social activism and volunteerism in his life. They are never more necessary than at a time like this.

His story is one of many that features in AIB's The Toughest Summer documentary, which aired on RTÉ One on Tuesday night and will be available to watch on AIB's YouTube channel from 1pm on Thursday 27 August. It tells the story of summer 2020 and the unprecedented halt of Gaelic Games.

In the past week his club, Ballyboden St Enda’s, got a stark reminder of the uncertainty coronavirus can bring. Last Thursday, they announced one of their adult players has tested positive for Covid-19.

"It hasn't really affected us at all. I believe it was on the hurling side of things. So it hasn't any repercussions for us which is nice. It is one of these things that is going to happen. It is probably going to happen in nearly every club you'd imagine at some stage.

"It is how you deal with it. I felt it was dealt with well as far as I know," says Macauley, speaking to us ahead of the release of the documentary. 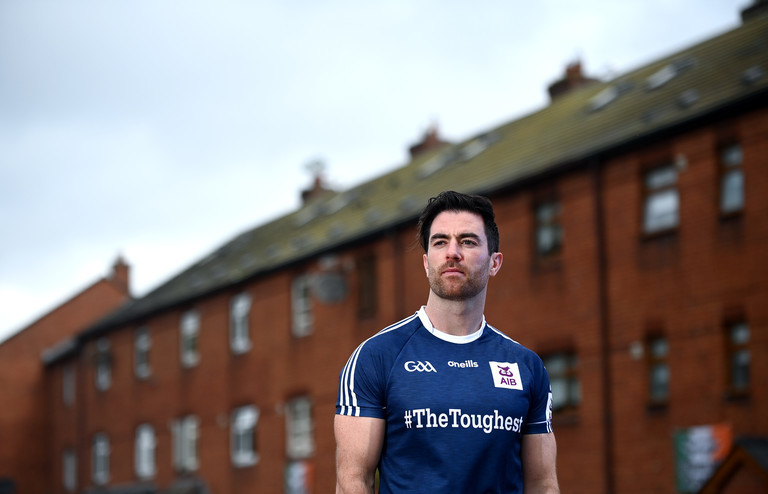 The perilous nature of it all has produced a real sense of gratitude within the midfielder.

"There was a while there during March-April, it was very hard to see us playing any ball again," he admits.

"I suppose to be kicking ball, what we're doing at the moment, spectators or not, it is enjoyable. With the odd case breaking out here and there, I went out to play a dead rubber game against Whitehall Colmcille last week and just went out to enjoy the game because I didn't know when my next one was going to be.

"You just don't know to be honest with you. It is nice, a bit present and mindful about it."

During the lockdown period, Macauley decided to take whatever positives he could. First, there was the matter of an inhibiting groin issue that he could finally resolve.

It was nice for me; I was coming back from an operation. I missed the start of the Dublin thing, I was away. I think it kind of fell nicely for me. Every single player when they are coming back from a serious injury, they always come back a session or two too quickly.

I didn’t even get the opportunity to do that. I had no target as such to work on. I got an extra couple of weeks, nearly a couple of months of rehab which was great. I got myself in good shape and the injury in great shape.

It helps that for over ten years he has been practising yoga. It is something that had benefits for the mind as well as the body. Now, more than ever, he saw the value in sharing that.

Macauley's real passion has always been his people. The 33-year old's adoration for his locality saw him leave a job in teaching to take the role of sports and engagement manager with the North East Inner City Initiative in 2018. 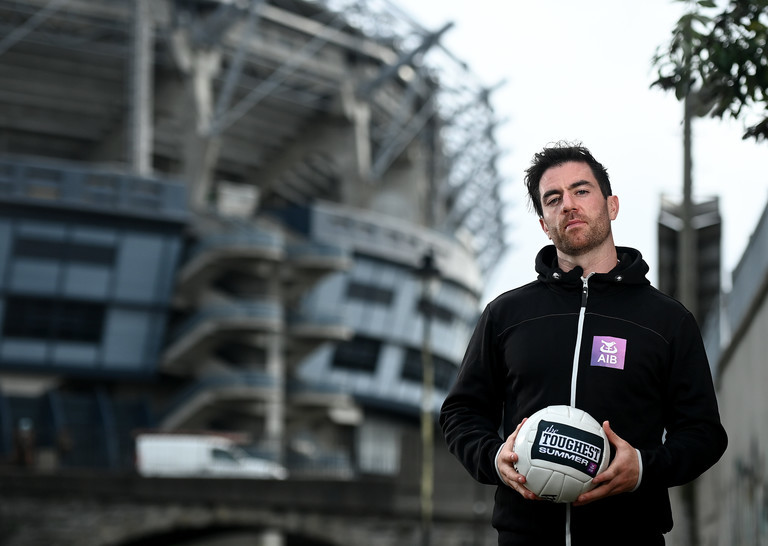 Like much of the GAA community, when the pandemic broke his first thought was how could he help?

"When we were thinking about it and the youth in the area and life, in general, the older folk and the cocooners had a tougher deal than anyone. That’s what we were worried about, particularly around the north inner city."

What we came up with was on a Wednesday we have a fella coming in and playing a few songs and he does a bit of bingo. The HSE are involved and it is all very well regulated.

On a Friday, I come in and do some yoga with them and it is just to get them out of their houses. We started this in April and there were people when they were coming out the first time saying, ‘I haven’t come out of my house in months.’ They literally hadn’t seen fresh air so it was mad. It has become really enjoyable. It is something I look forward to doing.

"We go around to four or five retirement spots around the area and get people out of the house for an hour or so and just gives them something to do and have a bit of craic. It is as much about the exercise as it is about the banter."

With some very familiar faces from the @officialgaa and @OfficialCamogie scene it's going to be worth the wait! 😉 Catch @AIB_GAA's #TheToughest Summer Tuesday 25th August at 10:10pm on @RTEOne 📺 pic.twitter.com/Uk6wJFo8SL

In the documentary, we see Macauley take the elderly through a yoga session. The very mention of the word 'yoga' often resulted in some trepidation so instead, he called it 'chair exercises'.

They persevere through squat drills and execute some breathing techniques. Pushing and progressing together.

Then Michael Darragh Macauley explains that true satisfaction for him is just seeing that.

"Volunteerism is something that I really appreciate. That is what drives me I suppose. The whole GAA is based on that volunteerism nature. That lends itself brilliantly to having a community and people coming together especially during times of late."

Ballyboden St Enda's and Dublin footballer Michael Darragh Macauley speaking ahead of AIB’s The Toughest Summer, a documentary which tells the story of Summer 2020 which saw an unprecedented halt to Gaelic Games.

Brought to you by AIB and directed by award-winning filmmaker Ross Whitaker, the 50-minute documentary, which features Macauley among others within the GAA community, aired on RTÉ One on Tuesday, August 25th at 10.10pm and will be available on AIB’s YouTube channel from 1pm on Thursday, August 27th.

SEE ALSO: 'I Was More Than Surprised With The Amount Of Coverage It Got'