Galway's Adrian Tuohy was shown a yellow card by referee Cathal Mc Allister a little over half an hour into his side's promotion decider against Limerick on Sunday afternoon.

Speaking on RTÉ's League Sunday, Michael Duignan said it should have been much more. Tuohy struck Limerick's Barry Murphy in the testicles with his hurley. It was an act which Duigan described as "despicable".

"This incident here that we're going to look at that Adrian Tuohy was involved in, to me, it's absolutely despicable," said Duignan.

"A belt into the testicles like that. Hurling people don't do that. You might give a lad a dig into the stomach or a belt."

Amazingly, Cathal McAllister goes over to the All-Ireland referee, Fergal Horgan, on the line and asked him if he saw it. He obviously saw something, because he gave him the card. How can he give a yellow card? What sort of an example are we showing?

Duignan has personal experience of injuries arising from such incidents.

"We all played the game hard and there would be belts given, but that sort of an incident - and I had a bad injury in that area, and my young lad did as well - and it's not nice. It's life-changing.

"Barry Murphy is lucky that he wasn't badly hurt. He got up and played a very good second half." 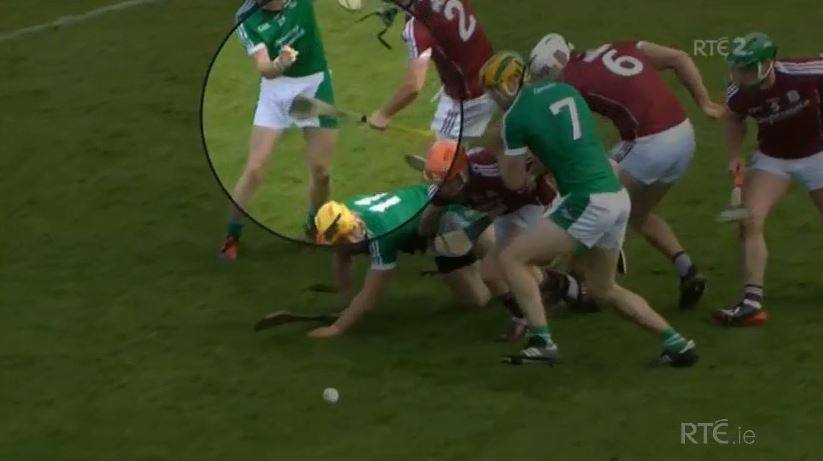 Anthony Daly, who was also speaking on League Sunday, was less critical than Duignan. Though, he did say that Tuohy had crossed the line.

"It was very lucky that there wasn't a red card shown there today. It was the most at stake today and there was a real edge in the game but that's OTT and Adrian Tuohy is very lucky there."